Police arrest two in Kona burglary ring, looking for others

KONA, Hawaii: Hawaii County Police in Kona have had their hands full this week busting up an alleged burglary ring in West Hawaii. As of this weekend, police had made two important arrests and were still on the look out for three suspects. It all started with the arrest of Joseph Augustino Narzisi at an apartment […] 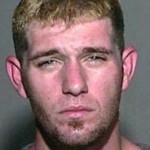 KONA, Hawaii: Hawaii County Police in Kona have had their hands full this week busting up an alleged burglary ring in West Hawaii.

As of this weekend, police had made two important arrests and were still on the look out for three suspects.

It all started with the arrest of Joseph Augustino Narzisi at an apartment complex in the Kalaoa area on August 29th. During the arrest, police recovered crystal methamphetamine, heroin, and contraband prescription pills.

This was not Narzisi’s first run in with police over the last week or so.

On August 22nd, he was also apprehended by police after a short car chase on Palani Road.

And on August 28th, a search warrant executed on a Kealakekua home occupied by Narzisi allegedly turned up meth pipes, drug paraphernalia, and handguns.

Meanwhile, detectives investigating a rash of burglaries in the Kealakekua area between July 4 and August 21 were able to identify several items in Narzisi’s possession that had been reported stolen. Narzisi was therefore also charged with burglary, terroristic threatening, assault and four counts of second-degree theft in connection with those burglaries.

The investigation linked Narzisi with other individuals wanted for questioning.

Two of them, 31-year-old Joshua Watan of Captain Cook and 24-year-old Danny Estocado of Kailua-Kona, were reportedly in a gray sedan that led police on a car chase that ended on Hokulia Bypass Road. Estocado was no longer in the car, but Watan locked himself inside with the engine running and refused to exit the vehicle until after officers negotiated with him for approximately an hour.

Estocado was still on the loose as of Saturday.

Police also want to question 35-year-old Curtis Hoku Kekahuna Jr., who is wanted on three bench warrants and several all-points bulletins. He is described as 5-foot-11 and about 270 pounds with brown eyes and black hair. He has the letters “CVK” tattooed in red and green letters on his right inner forearm and the name “Keahi” tattooed on his left inner forearm. He also has a scar that runs from his left cheekbone to his left eye. He may be in the company of 37-year-old Nani-Jo Keanini of Honokaʻa, 34-year-old Elona Keanini of Kailua-Kona, or both.

Police are also seeking 31-year-old Ryan Jeffries Hamar of Kailua-Kona, who is also wanted for allegedly escaping from Hale Nani on August 14. He is described as Caucasian, about 5-foot-7, about 170 pounds with blue eyes and short reddish-blond hair. He has a tattoo along his entire right arm. He may be in the company of 30-year-old Jaison Irving of Kailua-Kona.

Police ask that the public not approach any of these wanted persons, as they may be armed and dangerous. Instead, call the Police Department’s non-emergency line at 935-3311.