Video by Lynn Beittel, Visionary Video | Voice of Stephanie Salazar KONA, Hawaii: Hundreds turned out for a community meeting on a rainy Tuesday night in South Kona. The topic was on the recent spike in crime in the area – especially burglaries and car thefts. MAyor Billy Kenoi, several members of the police department, […] 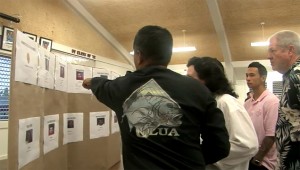 Jon Sabati points to photos of suspects in burglary ring

KONA, Hawaii: Hundreds turned out for a community meeting on a rainy Tuesday night in South Kona.

The topic was on the recent spike in crime in the area – especially burglaries and car thefts.

Police believe that the crime spree is the result of a group of Meth users. Police have assembled a task force to catch the suspects. Police brought a board with pictures of the people they are seeking. Some have been caught; others are still at large. Residents crowded around the display, snapping photos with cameras and cell phones.

These faces are of particular interest to Jon Sabati, who lives in the area of Honaunau. Sabati says his home was one of the ones hit by burglars. Jon and his family were only away for three hours.

Despite some news of recent arrests, Sabati says in his case, no luck. He says he left Oahu to avoid this sort of crime.

Deputy Prosecutor Mitch Roth, who attended the meeting, says the uptick in crime is likely a symptom of another problem.

At the meeting, residents asked the police how dangerous the suspects who are still at large may be.

Also, some residents said that the police have not communicated effectively with the community or the community watch people about the crime spree. Assistant Police Chief Paul Kealoha promised an improvement in that area.

Sabati points to the lack of adequate police resources allocated to South Kona as a cause for concern.

Thats part of the reason Sabati took matters into his own hands, helping to create a Neighborhood Watch that is continues to grow. 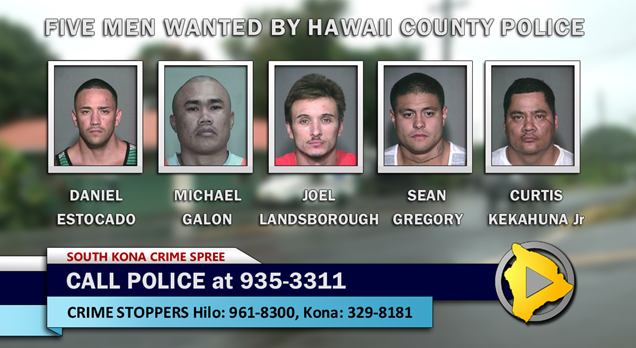 Big Island police are asking for the public’s help in locating five individuals who have outstanding warrants or who are wanted for questioning.

Curtis “Hoku” Kekahuna Jr., 35, who has no permanent address, is wanted for four warrants totaling $32,500. He is also wanted for several all-points bulletins. He is described as 5-foot-11 and about 270 pounds with brown eyes and black hair. He has the letters “CVK” tattooed in red and green letters on his right inner forearm and the name “Keahi” tattooed on his left inner forearm. He also has a scar that runs from his left cheekbone to his left eye. He may be in the company of 37-year-old Nani-Jo Keanini of Honokaʻa, 34-year-old Elona Keanini of Kailua-Kona, or both.

Joel Landsborough, 24, of Kailua-Kona, is wanted for a $300 warrant for contempt of court. He is described as 5-foot-8 and about 145 pounds with brown eyes and brown hair. He has a tattoo of the Hawaiian islands on the right side of his chest.

Sean Gregory, 21, of Kailua-Kona, is wanted for questioning in a theft investigation. He is described as 5-foot-11 and about 165 pounds with brown eyes and brown hair. He has the word “Kalaoa” tattooed on his left tricep.

Michael Galon, 39, of Kailua-Kona, is wanted for questioning in kidnapping and burglary investigations. He is described as 5-foot-11 and about 210 pounds with brown eyes and black hair.

Danny Estocado, 24, of Kailua-Kona, is wanted for questioning for an unauthorized control of a propelled vehicle investigation. He is described as 5-foot-7 and about 178 pounds with brown eyes and black hair. He has a tribal type tattoo on the left side of his chest.

Police ask that the public not approach any of these wanted persons, as they may be armed and dangerous. Instead call the Police Department’s non-emergency line at 935-3311.

Police provided some statistics on the recent spike in crime in the form of the following graphs: 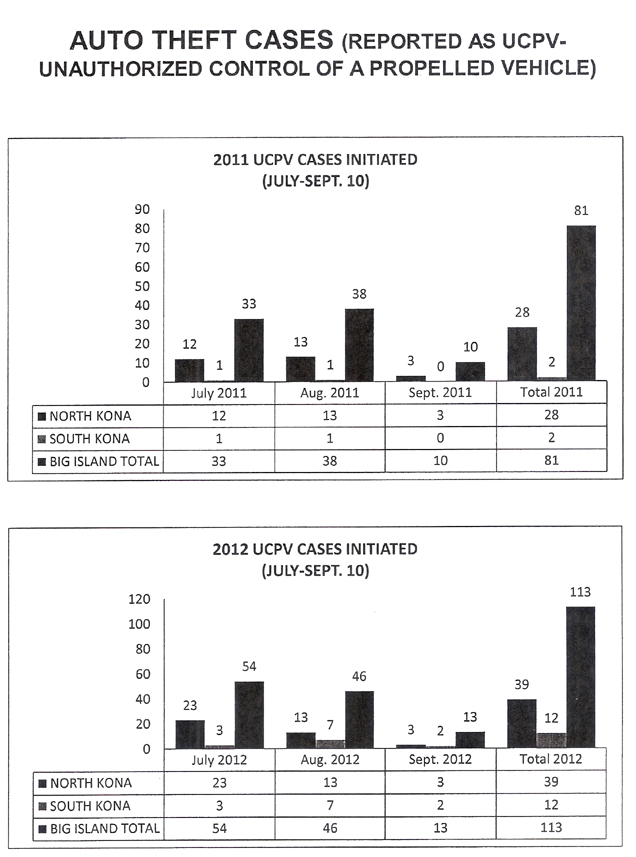 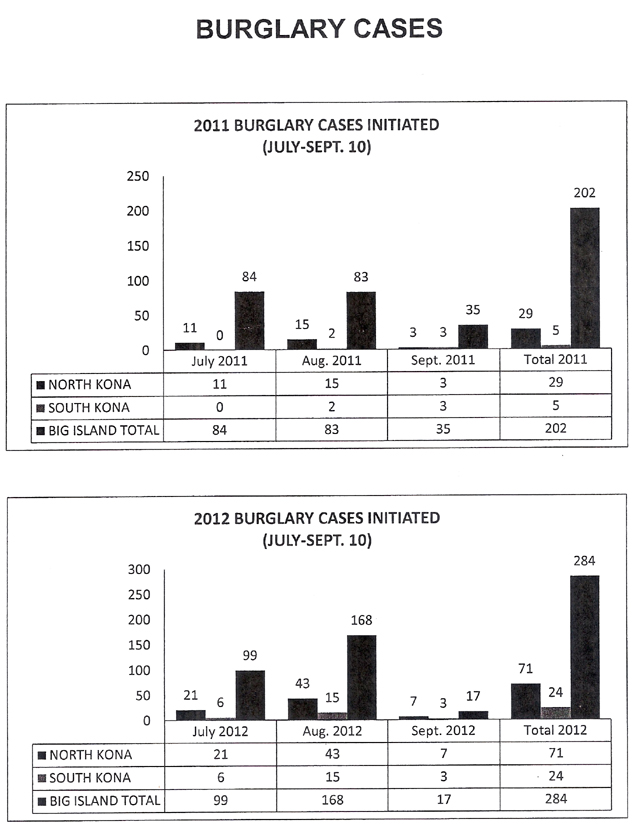 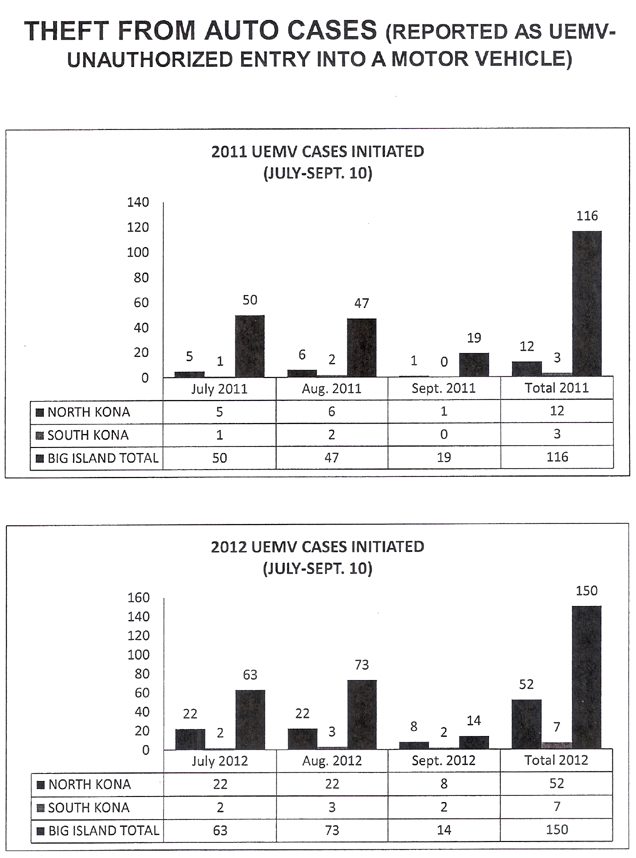