HONOLULU, Hawaii – Local TV meteorologist Justin Fujioka has joined Governor Neil Abercrombie’s administration as press secretary, effective Jan. 27, 2014. The Office of the Governor says Fujioka will work alongside other team members who are also stepping into new roles. Christine Hirasa will advance to director of communications to oversee to all aspects of communications […]

Fujioka is a Honolulu native and a graduate of University of Hawaii at Manoa. He has served as chief meteorologist for KITV since 2002. 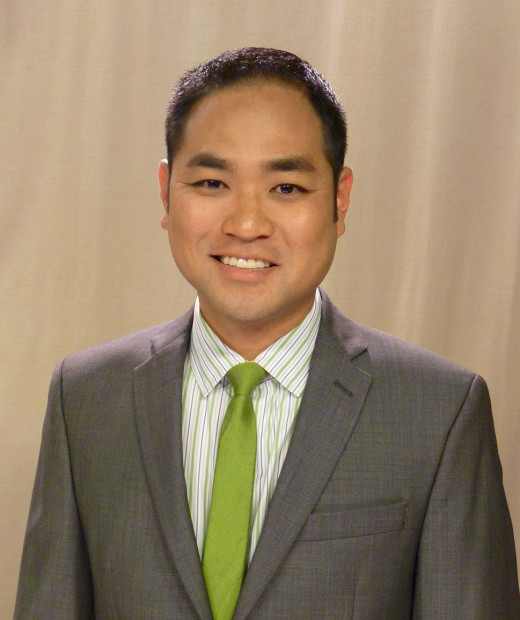 Justin Fujioka, photo from Office of the Governor

“Each a product of our University of Hawaii System, the members of my communications team have strong ties in our community and offer a wide array of experience that includes news, public and private sector communications, and social media,” Gov. Abercrombie said. “As the newest member of my staff, Justin will further strengthen our communications efforts and transparency as we head into the new year and a new legislative session.”

Justin Fujioka has reported news and served as chief meteorologist for KITV since 2002, receiving an Emmy Award and a Mark Twain Award from the Associated Press Television-Radio Association for his work. Fujioka is a professional member of the American Meteorological Society and the National Weather Association. Born and raised in Honolulu, he received his bachelor’s degree in journalism from the University of Hawaii at Manoa, where he also reported and edited for the school’s newspaper, Ka Leo O Hawaii, and worked as a public relations assistant at the UH Shidler College of Business serving as a media liaison and helping to coordinate news conferences and special events. He has a Certificate in Broadcast Meteorology from Mississippi State University.

Christine Hirasa has served as deputy director of communications since joining the Governor’s Office in November 2012. Prior to that, she served as a communications specialist for the Hawaii Department of Education and the executive assistant to the chancellor at the University of Hawaii – West Oahu. Hirasa worked as a public information officer at the Hawaii Department of Commerce and Consumer Affairs from 2005 to 2010 and at the Hawaii State Judiciary from 2003 to 2005. She has also worked in the news industry as a producer at KHON from 2001 to 2003 and at KHNL/KFVE from 1997 to 2001. Born on Oahu and raised in East Honolulu, Hirasa earned her bachelor’s degree in communications from the University of Hawaii at Manoa.

Keith DeMello joined the Governor’s Office in December 2011 as communications manager. Previously, he worked in the private public relations sector, accumulating more than 15 years of experience across a wide spectrum of industries and earning various honors from the Hawaii chapters of the Public Relations Society of America, International Association of Business Communicators, and American Marketing Association. Born in Honolulu and raised in Kailua, DeMello holds a bachelor’s degree in journalism from the University of Hawaii at Manoa, and also worked at Ka Leo O Hawaii as a copywriter and story contributor. He is a past president of the American Marketing Association Hawaii Chapter, and past president of the Hawaii Council on Portuguese Heritage.

Tyler Kruse has served as the Governor’s new media specialist since March 2013. As communications and digital media specialist, he will continue to manage social media operations while integrating them with traditional communications efforts and serving as the Governor’s chief photographer. Previously, Kruse worked in the private public relations sector. Born on Kauai and raised in Eleele, Tyler graduated from the UH Shidler College of Business with a bachelor’s degree in business administration, majoring in marketing. He also served as the communications chair of Ad 2 Honolulu and the collegiate and communications chair of the American Marketing Association Hawaii Chapter.Office of the Governor, Jan. 14, 2014