Nonprofit hopes to begin moving its programs to the campus in the summer of 2015.

(ABOVE PHOTO) A view from the ranch on Kohala Mountain. Photo courtesy The Kohala Center.

KOHALA MOUNTAIN, Hawaii – A landmark gift totaling 60 acres on Kohala Mountain will serve as a future campus for the Hawaii Island nonprofit, the Kohala Center.

This media release was issued on Wednesday:

“The spirit of this gift represents a convergence of vision from the ancient and recent past onward into the future, outward to the world at large, and beyond what we imagine today,” says Hawai‘i Island resident and donor Jim Posner. “The Kohala Center is ideally suited to steward the ranch to the next level. Over the last fifteen years they have demonstrated excellence in accomplishment, integrity, and creativity in service to Hawai‘i’s communities in an inclusive manner.”

Posner has spent his eight-year tenure at the ranch building on the work of previous owners Wally and Wendy Campbell, preserving and enhancing its natural beauty and creating a self-sufficient, mixed-use facility. “I wanted the land to be a productive and welcoming place for the purposes of conservation, propagation, education, expression, communion, and ‘funion,’” he said. Posner joins more than 700 volunteers, 300 donors, and board members and staff of The Kohala Center in working toward a more abundant, sustainable, creative, and compassionate future.

The envisioned campus will enable the nonprofit Center to strengthen its programs, which respectfully engage the island of Hawai‘i as a model of and for the world through efforts in the fields of energy self-reliance, food self-reliance, and ecosystem health.

“Given the property’s awe-inspiring beauty and serene setting, high elevation, and spectacular views of the Kohala coastline and Haleakalā, it physically manifests the soaring aspirations of Hawai‘i’s communities,” says Roberta F. Chu, senior vice president and manager at Bank of Hawaii and board chair of The Kohala Center. “This gift has already invigorated The Center’s staff to continue to push hard for excellence in service of those aspirations.”

In addition to serving as The Kohala Center’s future campus, the organization hopes to welcome small gatherings of scientists, humanists, performing and fine artists, public- and private-sector leaders, and peacemakers to the site as a means of inspiring thoughtful and creative ways to enhance Hawai‘i’s and the world’s well-being.

“A gift of this magnitude and with such good intent will have ripple effects across our entire island planet,” says the Reverend Puanani Burgess, poet, peacemaker, community organizer, and board member of The Kohala Center.The Kohala Center media release 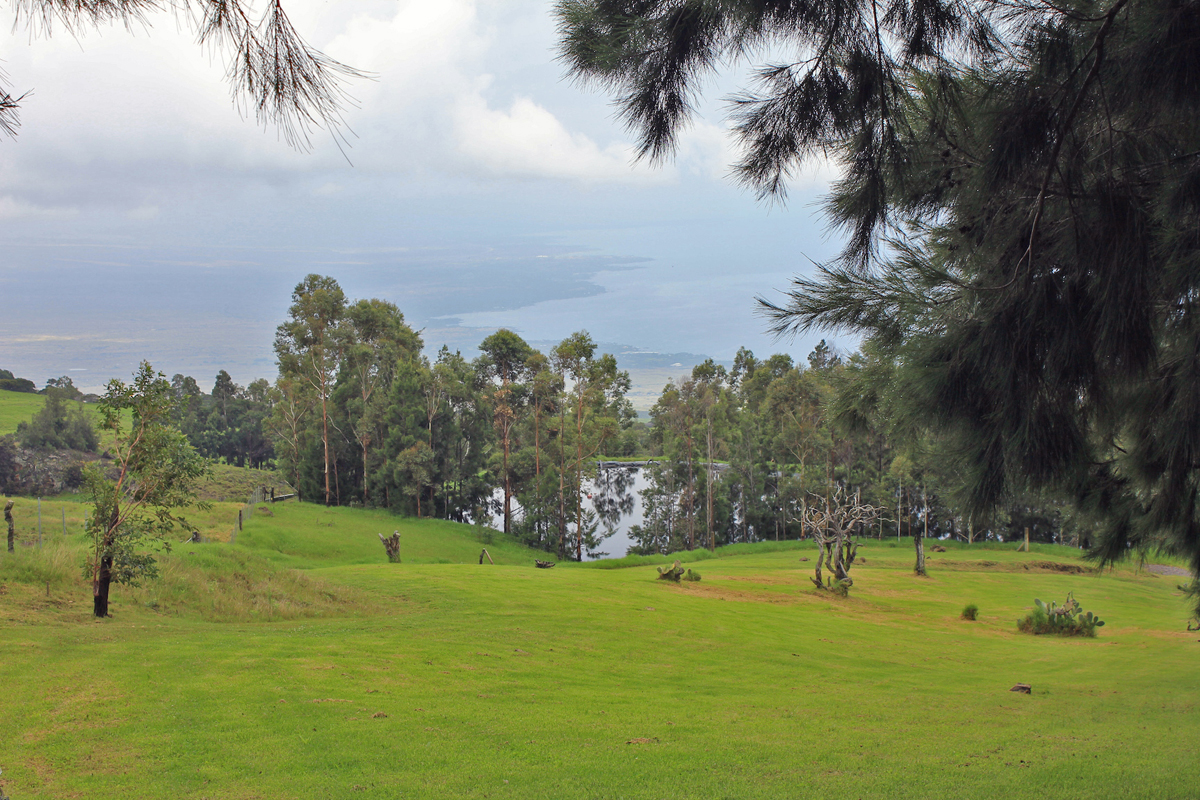 Another view from the ranch on Kohala Mountain, courtesy the Kohala Center.

The Kohala Center is an independent, community-based center for research, conservation, and education.