(Big Island Video News) KAILUA-KONA, Hawaii – The grounded, 75-foot long Hawaii Aloha sailing vessel was salvaged last weekend after a tragic capsizing on January 3, and the Department of Land and Natural Resources is reporting on the impacts to resources.

Four of the five boaters participating in the YWAM Ships Kona mission were found in a life raft and rescued by the fire department after they encountered severe weather at sea. Twenty four year old Aaron Bremner was never found. Staff from the DLNR Divisions of Aquatic Resources (DAR) and Boating and Ocean Recreation (DOBOR) went to work on a salvage and wreckage removal plan for the Hawaii Aloha.

Sea Engineering Inc. was hired to remove the 84-ton cement vessel from the near-shore bench. 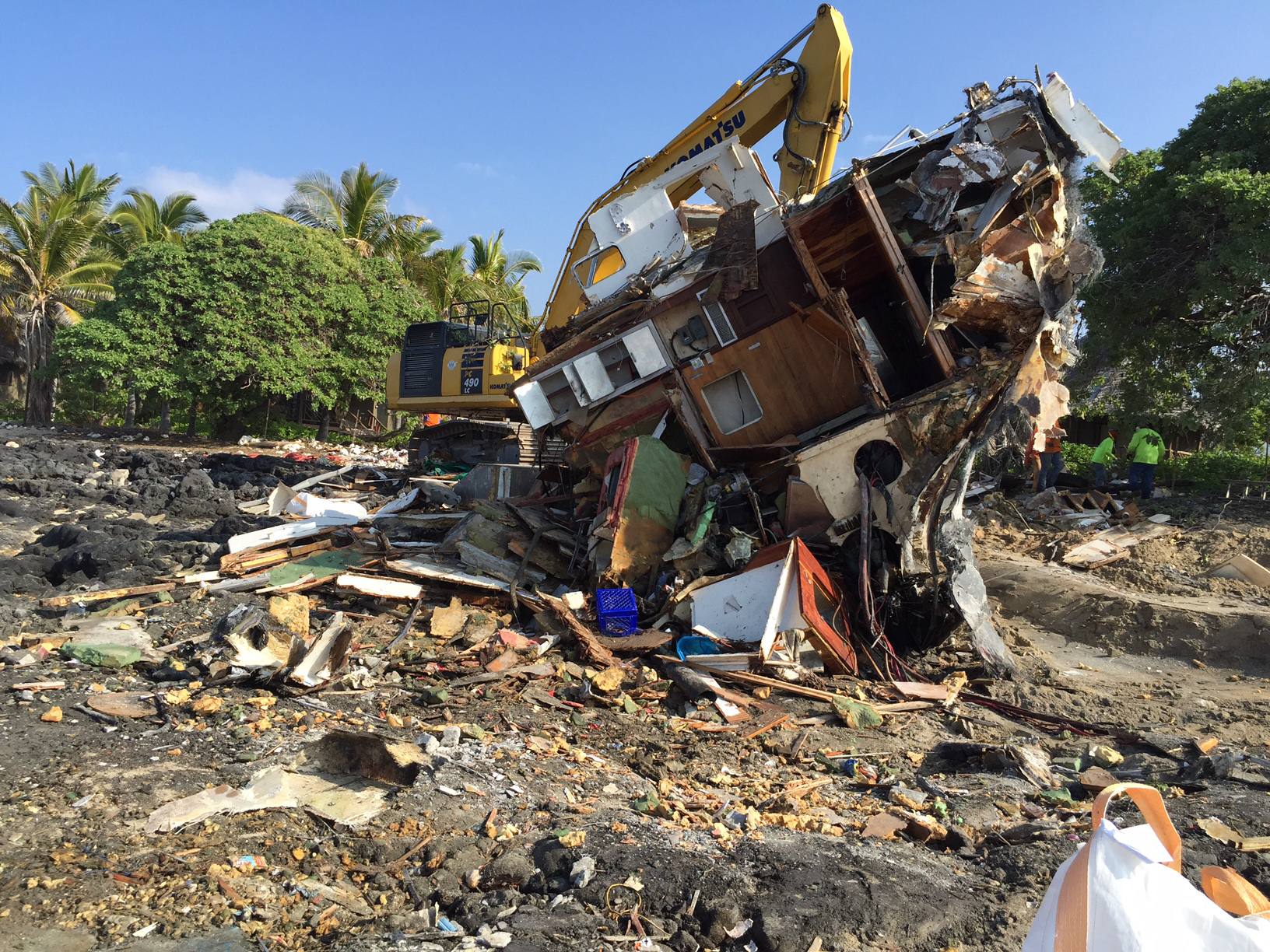 DLNR reports the company used a land based excavator to drag the vessel onto the beach, broke it up, and then dumped it into a truck for disposal at the county landfill. “Sea Engineering did a good job and they did it quicker than I thought they could do it,” stated Dan Mersburgh, the acting Hawaii district manager for the DLNR Division of Boating and Ocean Recreation (DOBOR) in Kailua-Kona. “They did it quicker than they thought they could do it. So they did a good job.” 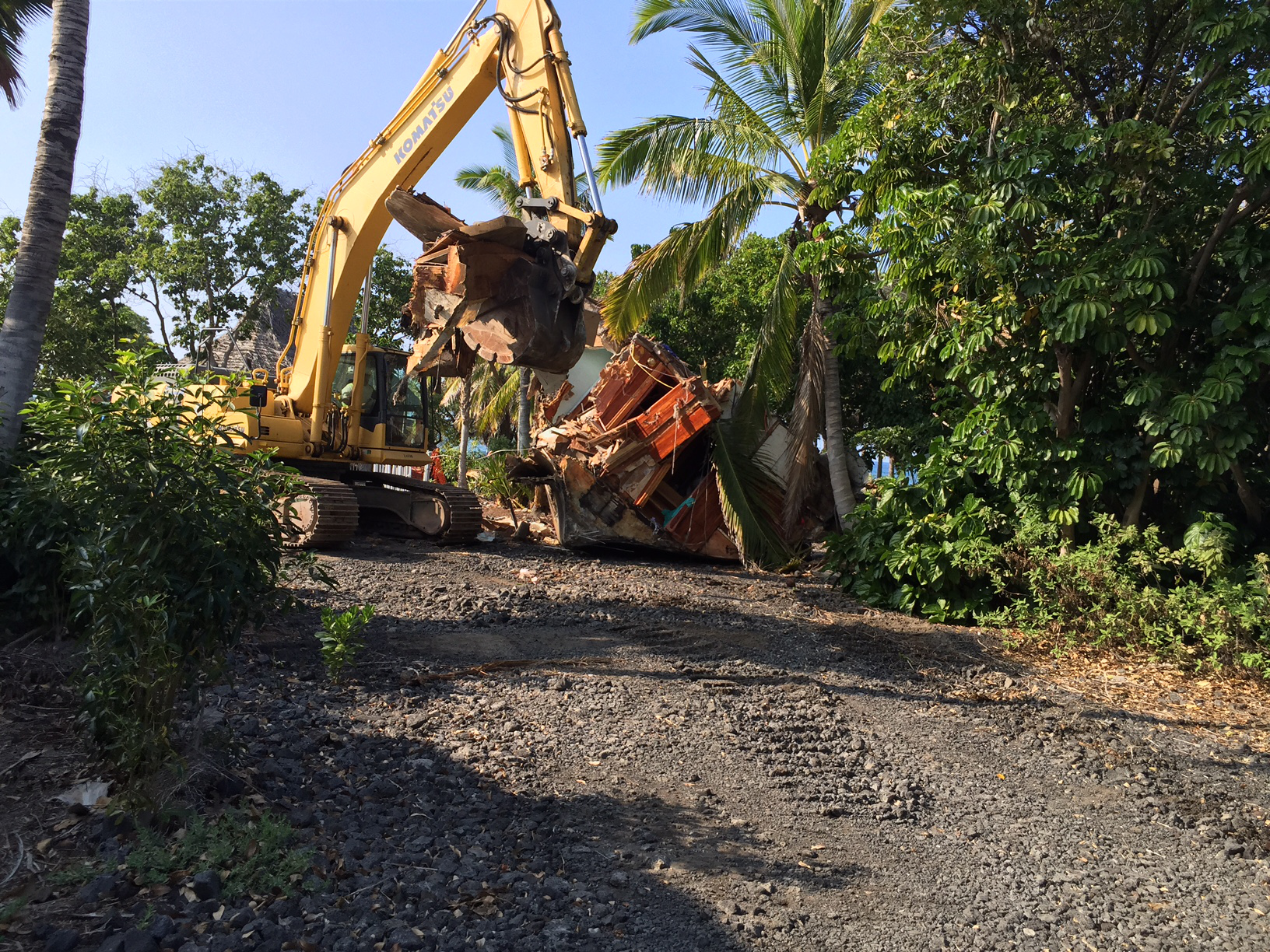 Sea Engineering Inc. carried out the task under a $150,000 contract from DLNR. The state absorbed the cost, since the Hawaii Aloha did not have insurance covering wreck removal.

This has prompted DLNR/DOBOR to institute a new policy, requiring vessels using temporary state moorings to show proof of adequate insurance coverage in the event of an accident or grounding. “We are saddened that one man was lost at sea when the Hawaii Aloha grounded during the storm,” said Ed Underwood, DOBOR administrator. “To protect State of Hawaii taxpayers, we want to be sure that all vessels temporarily mooring in Hawaii waters have adequate coverage to cover incidents like this grounding,” Underwood said.DLNR media release 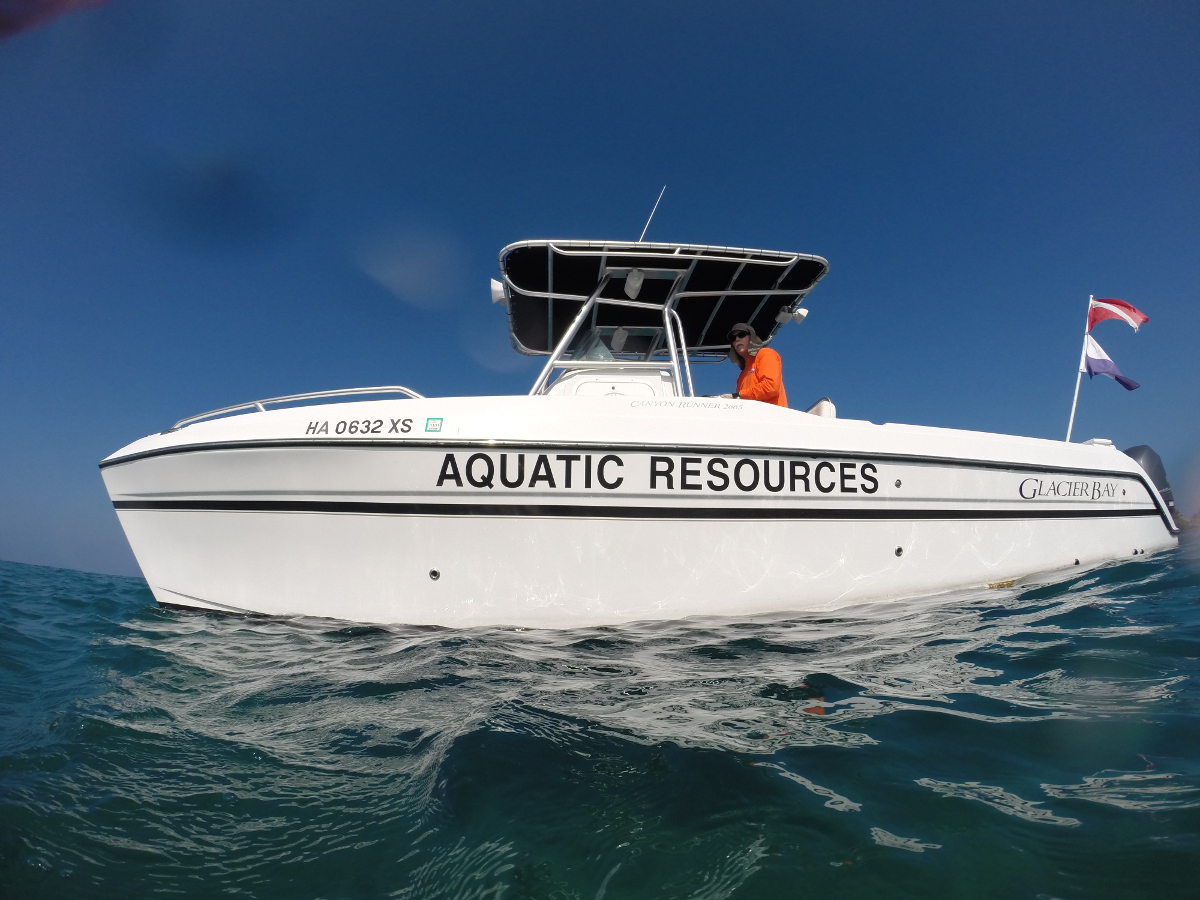 Meanwhile, a team from the DLNR Division of Aquatic Resources conducted an in-water assessment and concluded that the grounded vessel caused limited resource damage (video below).

Dr. Bill Walsh, the DLNR/DAR aquatic biologist for West Hawaii said, “The good news is this boat grounded on a bench area, so we didn’t expect to see any catastrophic damage to coral reef environments. We did see some broken coral heads, but it’s impossible to determine whether the boat caused this damage, or they were impacted by the storm that resulted in the boat’s grounding.” The DAR team did find debris scattered on the ocean floor, including relatively small pieces of fiberglass, cloth, eating and cooking utensils, and a few personal items. DLNR will follow-up on the removal of debris discovered during this assessment. Hazardous medical waste was removed by non-DLNR divers shortly after the grounding.DLNR media release