During a media conference call on Tuesday, Hawaii County Civil Defense administrator Darryl Oliveira said he saw lots of activity on the margins and on the flow pad itself, as evidenced by numerous smoke plumes. However, Oliveira specifically said the activity 1 to 1.5 miles upslope – where Kalber filmed Monday’s vigorous breakout – appeared to be sluggish.

Scientists with the USGS Hawaiian Volcano Observatory said the activity filmed on Monday is “very typical of pahoehoe lava flow behavior” where flows slow down, inflate, and breakout in fantastic fashion before cooling and crusting over once again. In the video above, USGS HVO’s Janet Babb and Jim Kauahikaua talk about the footage during Tuesday’s conference call. 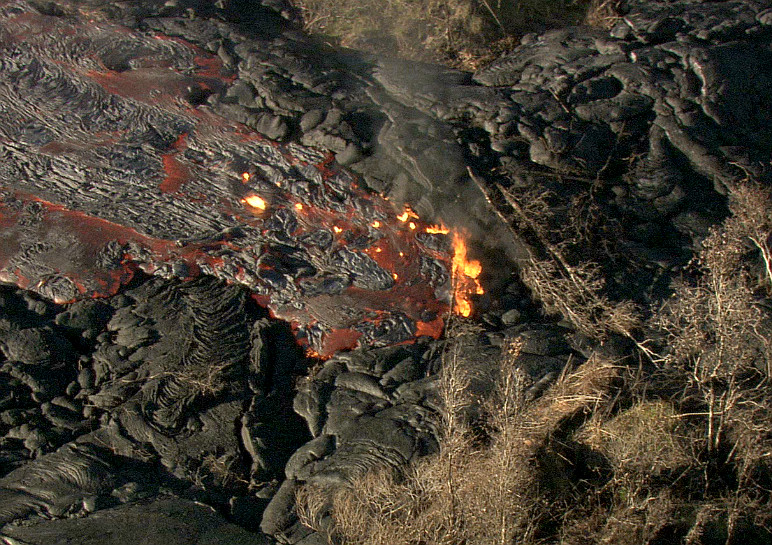