A large breakout has occurred on the north flank of Puʻu ʻŌʻō.

PUNA, Hawaii – A large breakout has occurred on the north flank of Puʻu ʻŌʻō.

Mick Kalber of Tropical Visions Video was in the air this evening to capture the event with Paradise Helicopters. Kalber sent this dispatch along with stunning video from above.

Pilot Pete Stachowicz (shot of Pete in our earlier video today) reported that at about noon today lava broke out of the flank of Pu’u ‘O’o to the north-northeast of the vent. It continued through the day and by sunset had traveled about a quarter mile on the west side of the perched pond next to Pu’u ‘O’o. Tropical Visions and Paradise Helicopters flew the eruption shortly before six and shot until nearly 6:30. Dozens of pahoehoe flows have broken out throughout the quarter mile long flow front. It is also perhaps an eighth of a mile wide when this video was taken. Whether this is the start of a new eruption or only a lobe of the current 6/27 flow threatening Pahoa has yet to be determined by USGS. But certainly the volume of this new flow would seem to indicate that a great deal of the material that has been making its way toward Pahoa will now be interrupted, at least temporarily.Mick Kalber on Feb. 23, 2015

In updated photos posted to the USGS Hawaiian Volcano Observatory, scientists described a new breakout on the north flank of Puʻu ʻŌʻō that began over the weekend. 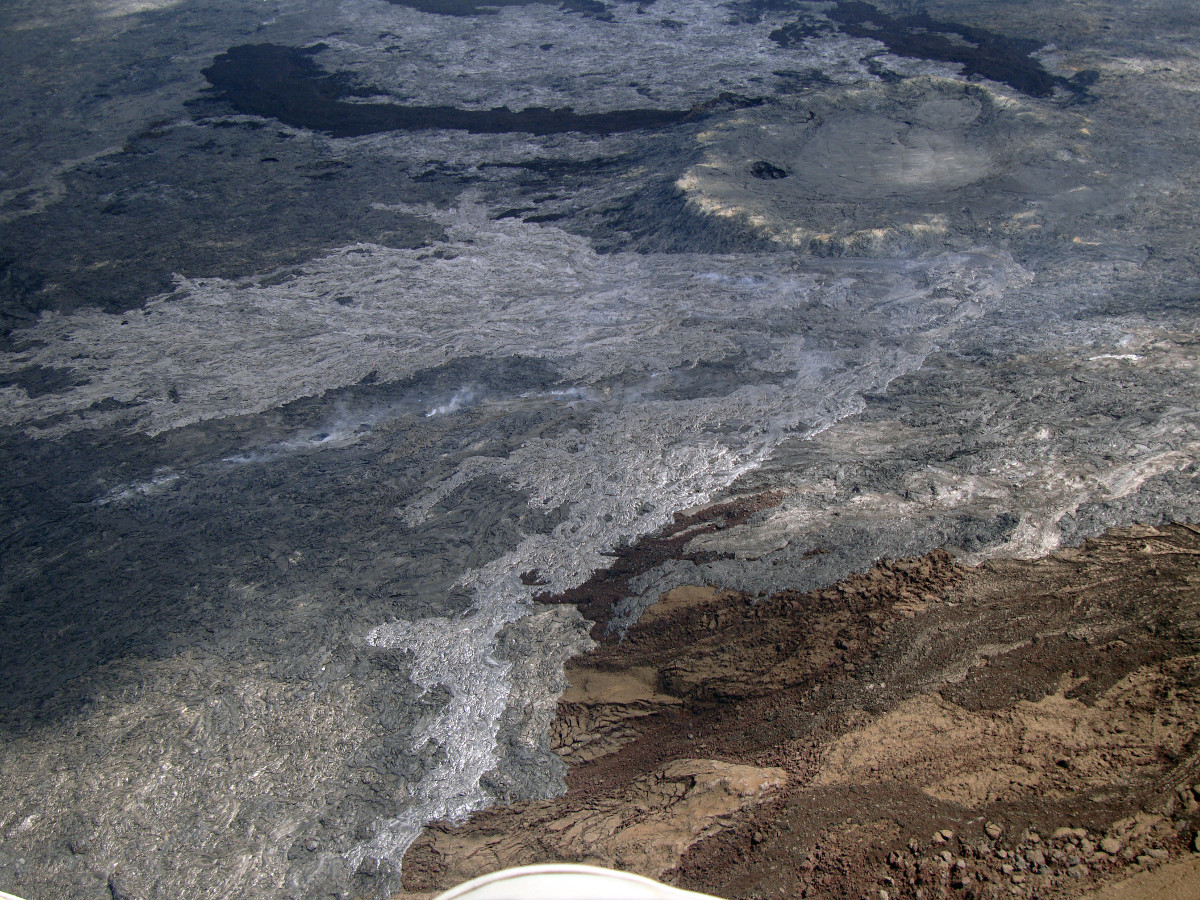 Feb. 23, 2015 (USGS) The new breakout, visible as the lighter colored region in the center of the photograph, occurred from the area of the June 27th vent (upper right portion of photograph). 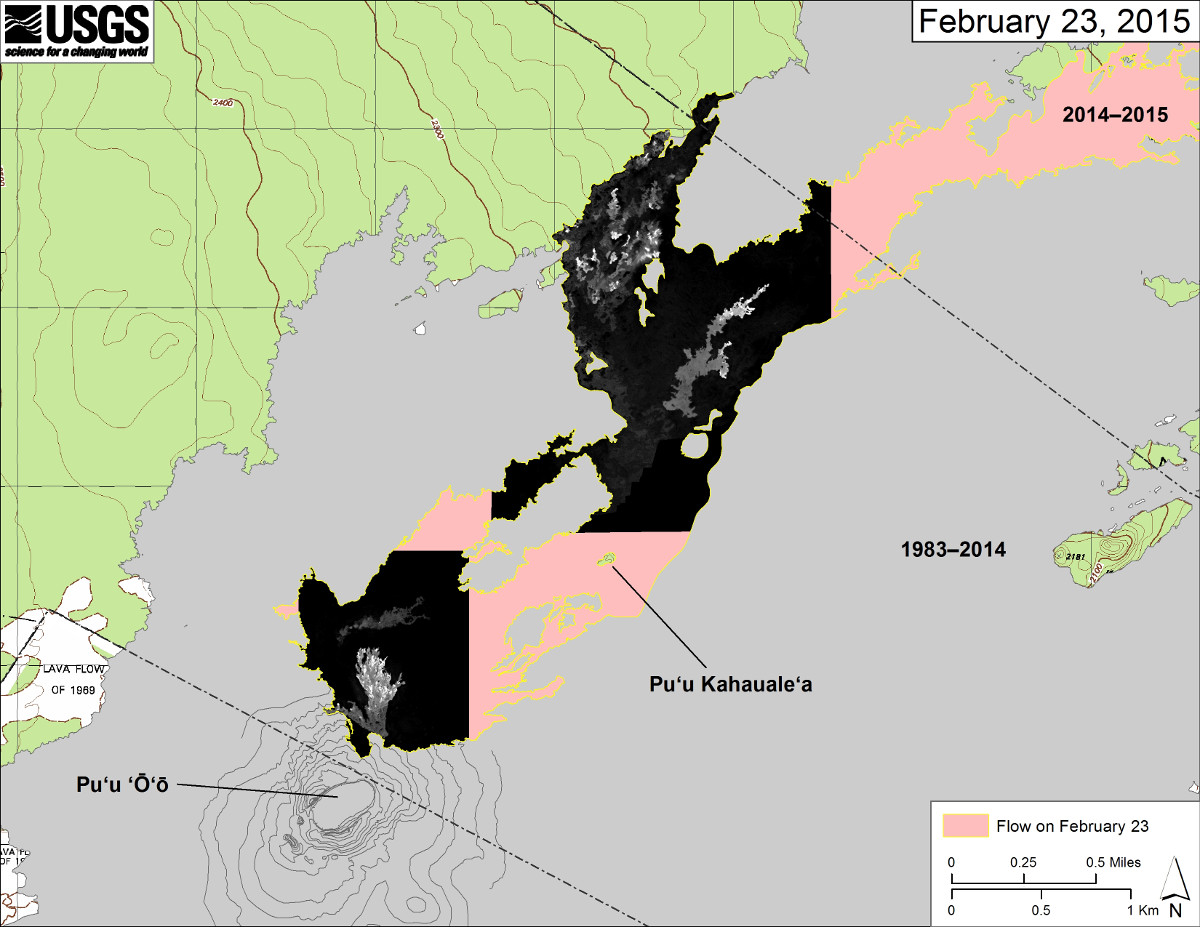 Feb. 23, 2015 (USGS) This map overlays a georegistered mosaic of thermal images collected during a helicopter overflight of Kīlauea’s active East Rift Zone lava flow near Puʻu ʻŌʻō on February 23 at about 12:00 PM. The perimeter of the flow at that time is outlined in yellow. Temperature in the thermal image is displayed as gray-scale values, with the brightest pixels indicating the hottest areas (white shows active breakouts).