PUNA - "This was by far the largest surface breakout we've seen in many weeks," videogrpaher Mick Kalber wrote. The massive new flow was emanating about a mile and a half below the geothermal pad, Kalber said.

UPDATE: Since this story was posted, we learned Mick Kalber returned to the lava flow for a second flight on Monday evening to film a larger breakout, closer to the source at Pu’u O’o.

Videographer Mick Kalber captured the impressive activity from above, flying with Paradise Helicopters.

We hope to have more information on this event – and any significance it may have on the flow front – after a scheduled conference call with civil defense and USGS on Tuesday. 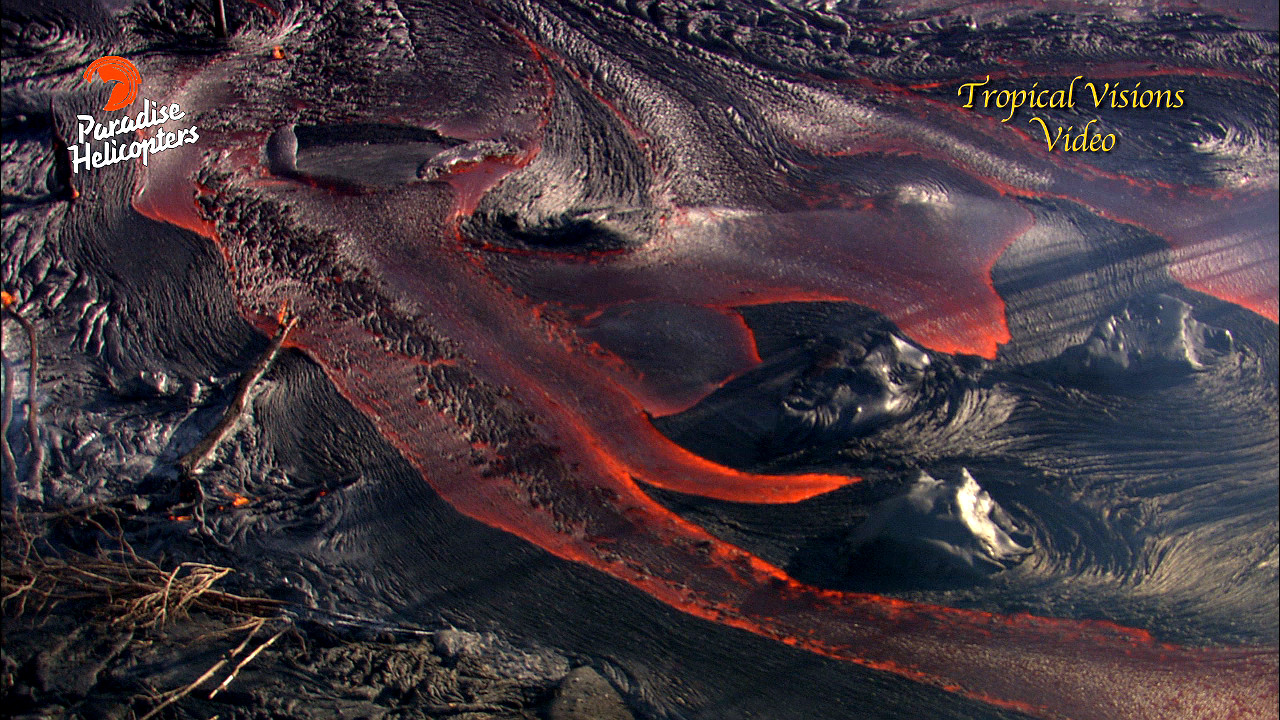