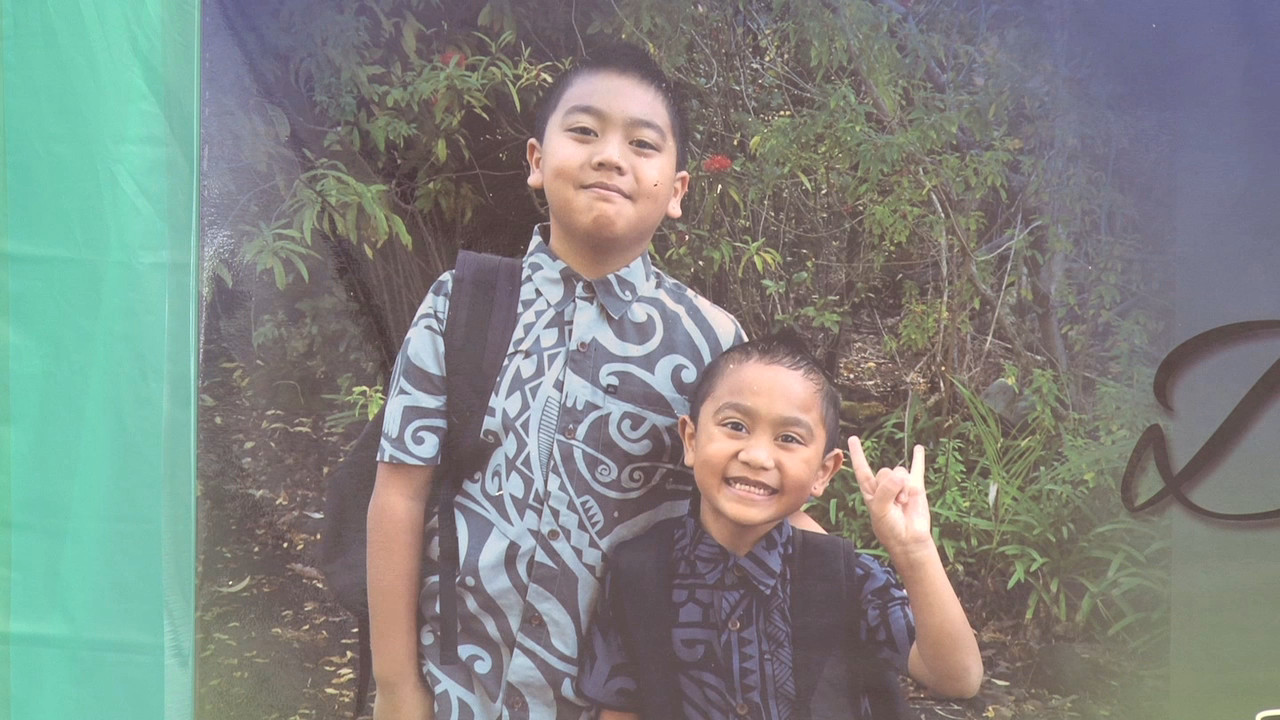 Music filled the air, kids played in inflatable party bouncers, artwork from the boys’ classmates and photos adorned the area. But despite the festive atmosphere, it was clear that many experienced a variety of conflicting emotions.

After the family arrived, the group was asked to rise. The family walked down the aisle carrying a wooden urn of ashes. They placed them on a table near the stage. Family members hugged each other and the boys’ uncle said a few words. The uncle also made a surprising announcement. The boys’ mother had just discovered that she was pregnant. Some in the family are hoping for twins.