(ABOVE) HOLUALOA, Hawaii – A flower pot is left by the signage outside the home in Hōlualoa where an early morning house fire claimed the lives of two children. Courtesy Visionary Video. 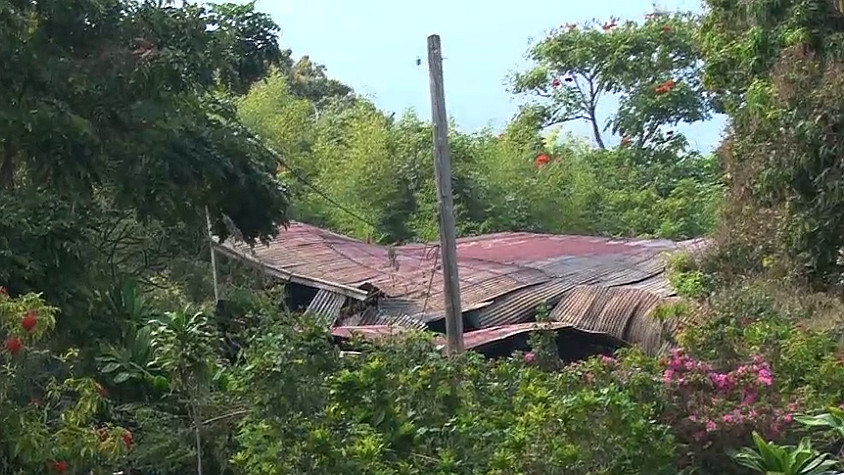 The partially collapsed roof of the burned home was visible from the highway on Thursday. Image courtesy Visionary Video.

From a Hawaii County Fire Department dispatch, describing the scene of the tragedy:

Firefighters were unable to make an immediate entrance into structure due to the building being fully engulfed with walls and the ceiling collapsing. As soon as the firefighter were able to gain entrance into the building two victims were found. The scene is still under investigation by HFD & HPD; HPD is lead investigators.
Hawaii County Fire Department on Jan. 29, 2015 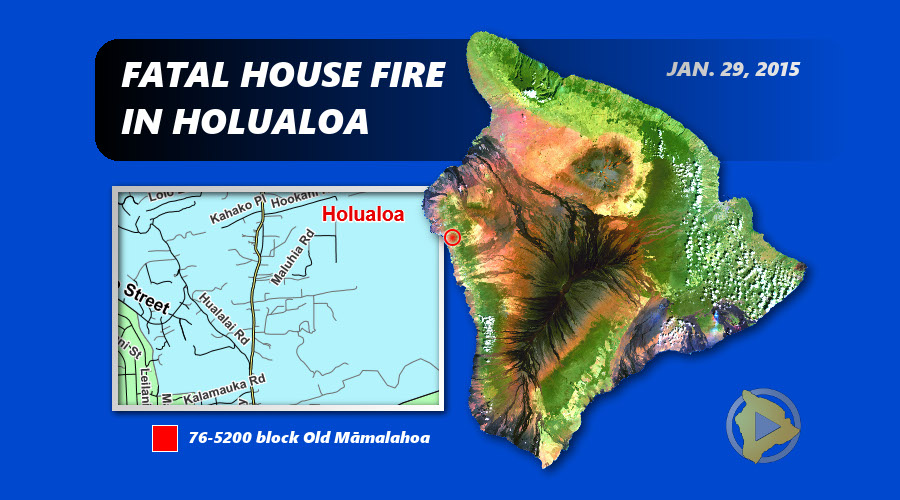