There could be international ramifications for TMT on Mauna Kea, and the growing awareness of the continued existence of the occupied Hawaiian Kingdom

Talk story with Dr. David Keanu Sai and attorney Dexter Kaiama in Hilo concerning the international ramifications of the proposed Thirty Meter Telescope on Mauna Kea, and the growing awareness of the continued existence of the occupied Hawaiian Kingdom.

HILO – Inspired by the kapu aloha on display during the blockade of the Thirty Meter Telescope, Hawaii residents are flocking to Mauna Kea. Last Thursday, 31 people were arrested in connection with the blockade of the $1.4 billion observatory. However, the incident only strengthened the support for the protectors of the sacred mountain. On Monday, two figures active on the international front lines of the Hawaiian Kingdom joined the gathering.

EDITOR’S NOTE: We have been informed that Dr. Sai was speaking to Big Island Video News in his capacity as a political scientists and not as “ambassador-at-large of the Acting Government of the Hawaiian Kingdom”, as we previously reported. 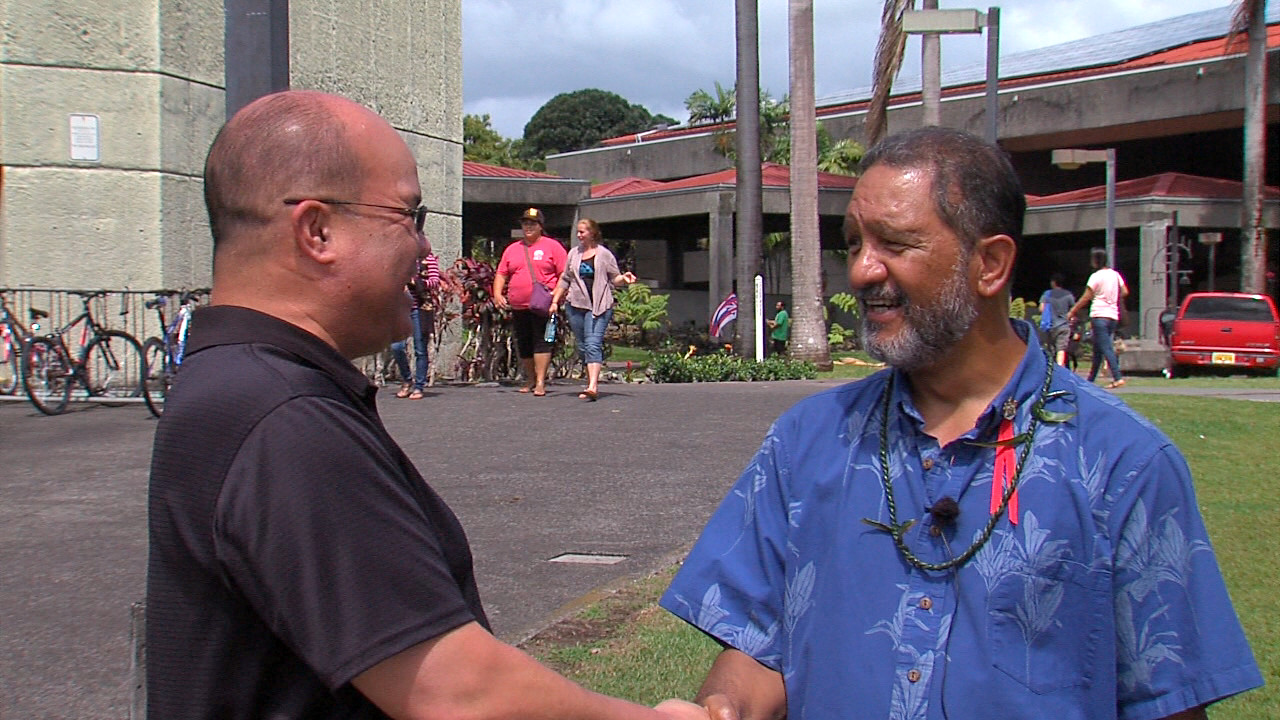