The Office of Governor David Ige was informed of the postponement by TMT official today. The governor was on the Big Island participating in the Merrie Monarch Festival Royal Parade. No sooner had Ige and his wife, Dawn, marched by our camera then we noticed a media release from his office about the latest delay.

I thank TMT for its willingness to be respectful and sensitive to all of Hawai‘i – its special people, its sense of place and its unique host culture.”Gov. David Ige in a media release

On April 7th, officials put a one-week moratorium on the construction of the $1.4 billion TMT observatory on the summit of Mauna Kea as opposition intensified. 31 “protectors” were arrested on the sacred mountain on April 2 for obstructing TMT vehicles from accessing the construction site. The arrests garnered worldwide attention and ignited global support for the efforts of the protectors.

Hundreds of the protectors and their supporters also marched in the Merrie Monarch parade. The group gathered under the Aloha ‘Aina banner and were a commanding presence at the event. They followed several positions behind the governor in the parade line-up. We’ll have that video shortly.

Until this latest news, protectors were gearing up for another round of arrests on the mountain on Monday.

Big Island Video News caught up with the governor at a later dedication for the new Hilo High School Gym. Ige granted us a moment to talk one on one about the TMT situation. Governor Ige talked about the latest postponement, his recent trip to visit with the protectors on the mountain, and his first Merrie Monarch parade (and the connection between the Hawaiian cultural festival and the construction moratorium, if any.) 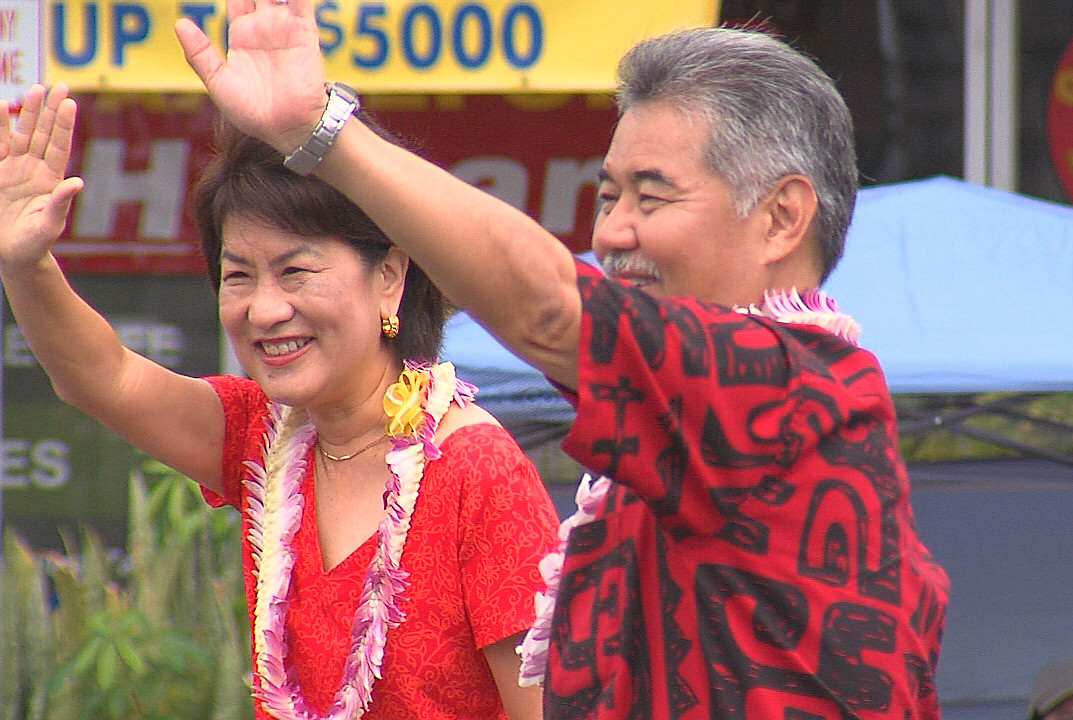 Governor David Ige and his wife Dawn in the Merrie Monarch Parade on Saturday.