A large crowd packed the Jaggar Museum overlook Friday evening to see for themselves the now-visible lava lake at the summit of Kilauea volcano.

HAWAII VOLCANOES NATIONAL PARK – A large crowd packed the Jaggar Museum overlook Friday evening to see for themselves the now-visible lava lake in Halema’uma’u crater at the summit of Kilauea volcano.

Park personnel were on hand to direct traffic and help organize parking for the influx of visitors. People crammed in along the edge of the overlook to see the lava, which has risen into view for the first time since the summit eruption began in 2008.

The rising lava lake coincides with a steady increase inflation that began Tuesday afternoon, and continues as of this posting on Saturday morning.

Tiltmeters at Kīlauea’s summit recorded continued inflation over the past day, marking a total of about 5.5 microradians since inflation started on Tuesday, April 21. The summit lava lake continued to rise as well, and was measured at 12 m (~40 ft) below the rim of the Overlook crater this morning. Two collapses from the Overlook crater walls at around 2:00 AM this morning both triggered explosions that threw gobs of spatter — some about 30 cm (~1 ft) across — up onto the rim of Halema`uma`u at the webcam site and dusted the Jaggar Museum area with sand-sized ash. Seismic activity beneath Kilauea’s summit and upper East Rift Zone remains elevated and has also increased beneath the upper Southwest Rift Zone. Sulfur dioxide emission rates averaged 3000-5200 tonnes/day for the week ending April 21.USGS Hawaiian Volcano Observatory 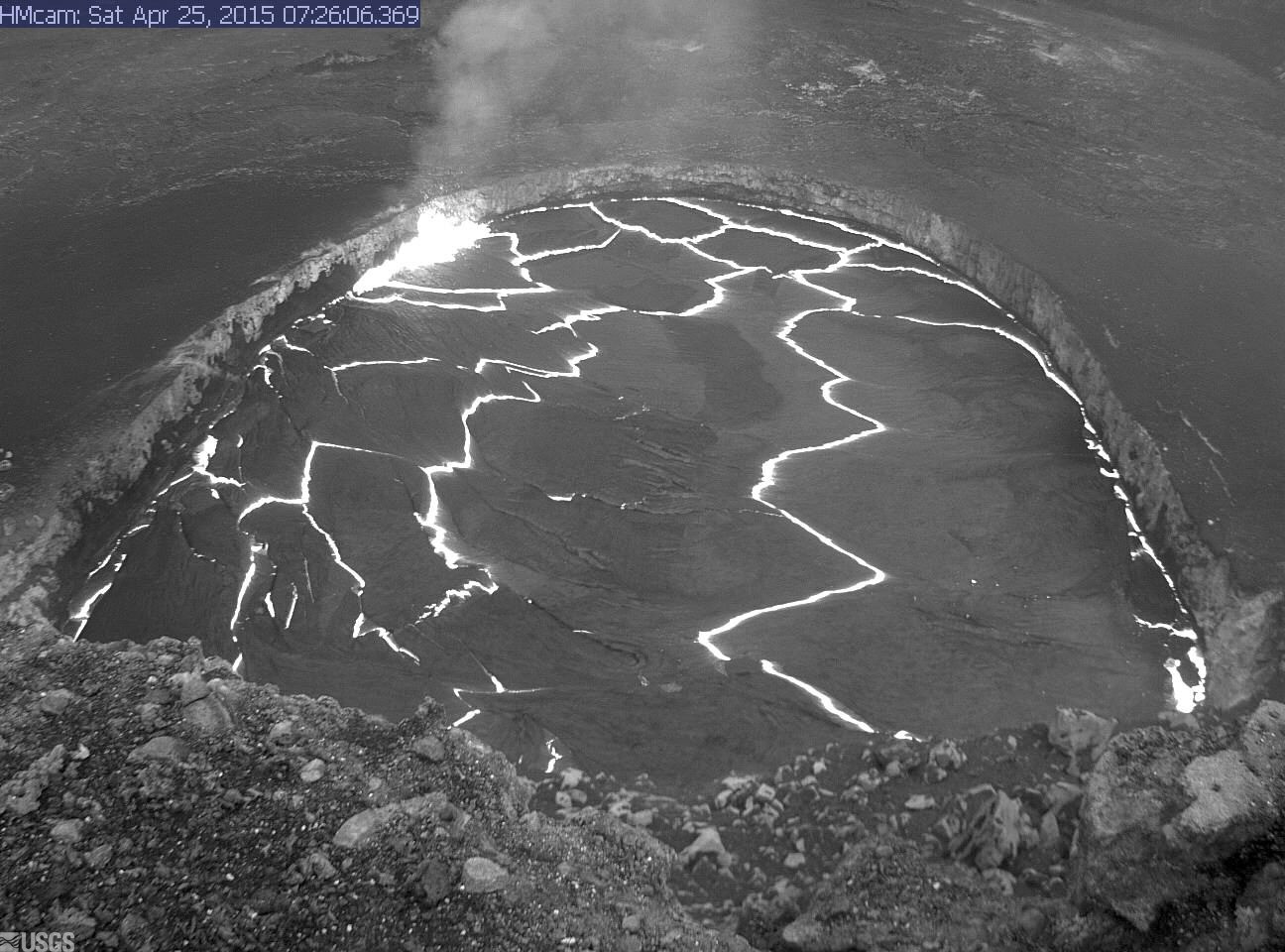