The lava lake level, which has risen to its highest height since the Kilauea volcano summit eruption began in March 2008, was at a mere 13 feet from the Overlook crater rim last night.

HAWAII VOLCANOES NATIONAL PARK – The lava lake inside Halema’uma’u crater on Hawaii Island looks like its about to “spill over”.

The lava lake level, which has risen to its highest height since the Kilauea volcano summit eruption began in March 2008, was a mere 13 feet from the Overlook crater rim last night. A few days ago, the lava lake became visible for the first time from the Jaggar Museum overlook, a public viewing area inside the Hawaii Volcanoes National Park. Before that, it could only be seen by scientists allowed to enter the area that is off limits due to the dangers associated with the active eruption, and a series of popular USGS Hawaiian Volcano Observatory webcams.

Kīlauea’s summit continued to inflate over the past day, reaching a total of about 6.5 microradians since inflation started on Tuesday, April 21. This trend has been mirrored by the summit lava lake, which rose about 8 m (~26 ft) since yesterday morning and came within about 4 m (13 ft) of spilling over the Overlook crater rim onto the floor of Halema`uma`u overnight. The lava level was about 6 m (20 ft) below the Overlook crater rim at 7 AM this morning, having fallen slightly with an increase in spattering. Seismic activity beneath Kilauea’s summit and upper East and Southwest Rift Zones remains elevated. Sulfur dioxide emission rates averaged 3000-5200 tonnes/day for the week ending April 21.USGS Hawaiian Volcano Observatory on April 26 at 7:15 a.m.

Webcams – at the moment of this posting – show that the lava level remains close to spilling out. 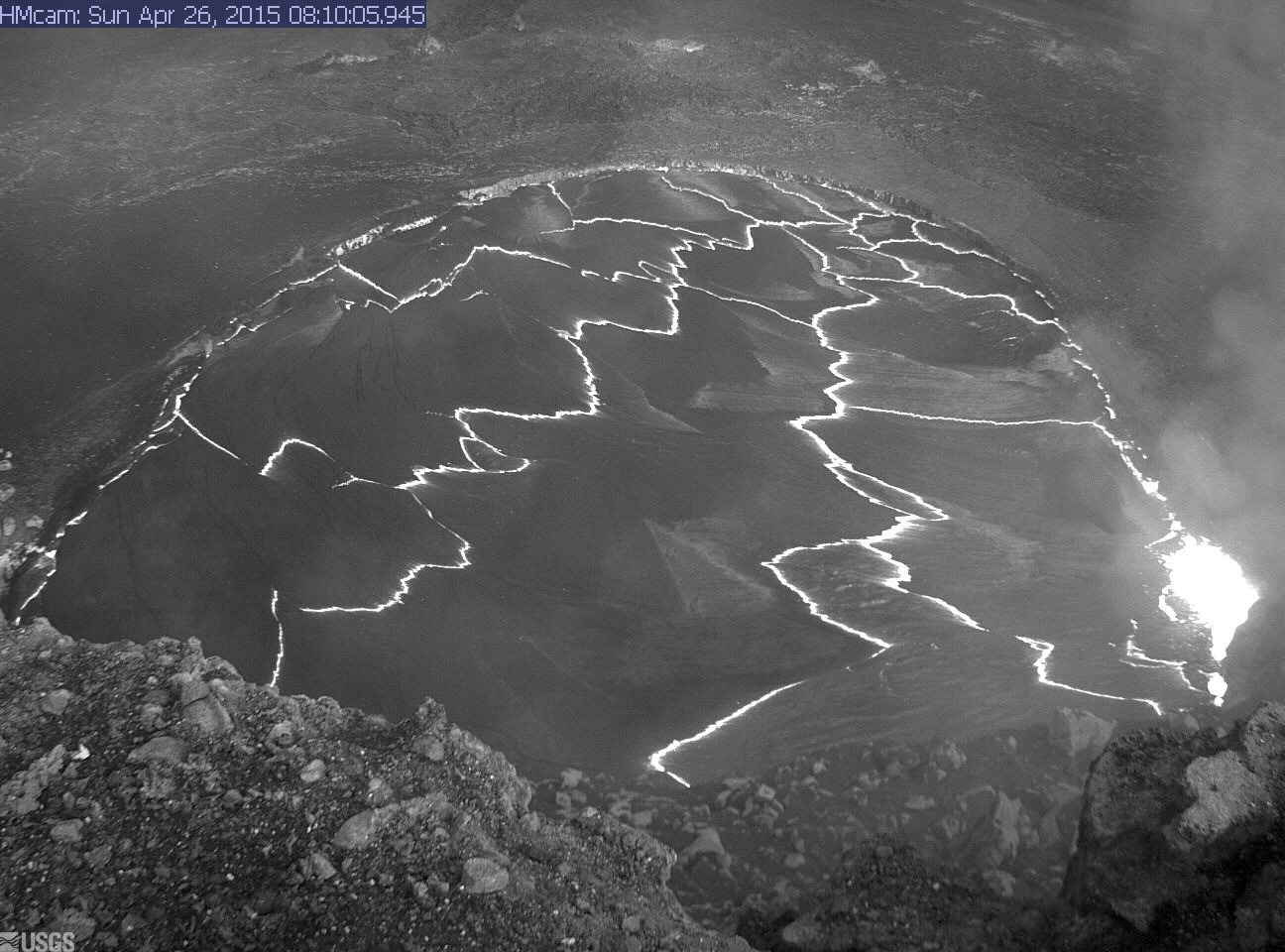