The lava lake at the summit of Kilauea volcano continues to draw large crowds to Hawaii Volcanoes National Park.

Over the past week, lava in the Overlook crater rose and spilled out onto the floor of Halemaʻumaʻu Crater, creating the dark flows in the south part of Halemaʻumaʻu that can be seen in these photos taken by the USGS Hawaiian Volcano Observatory. 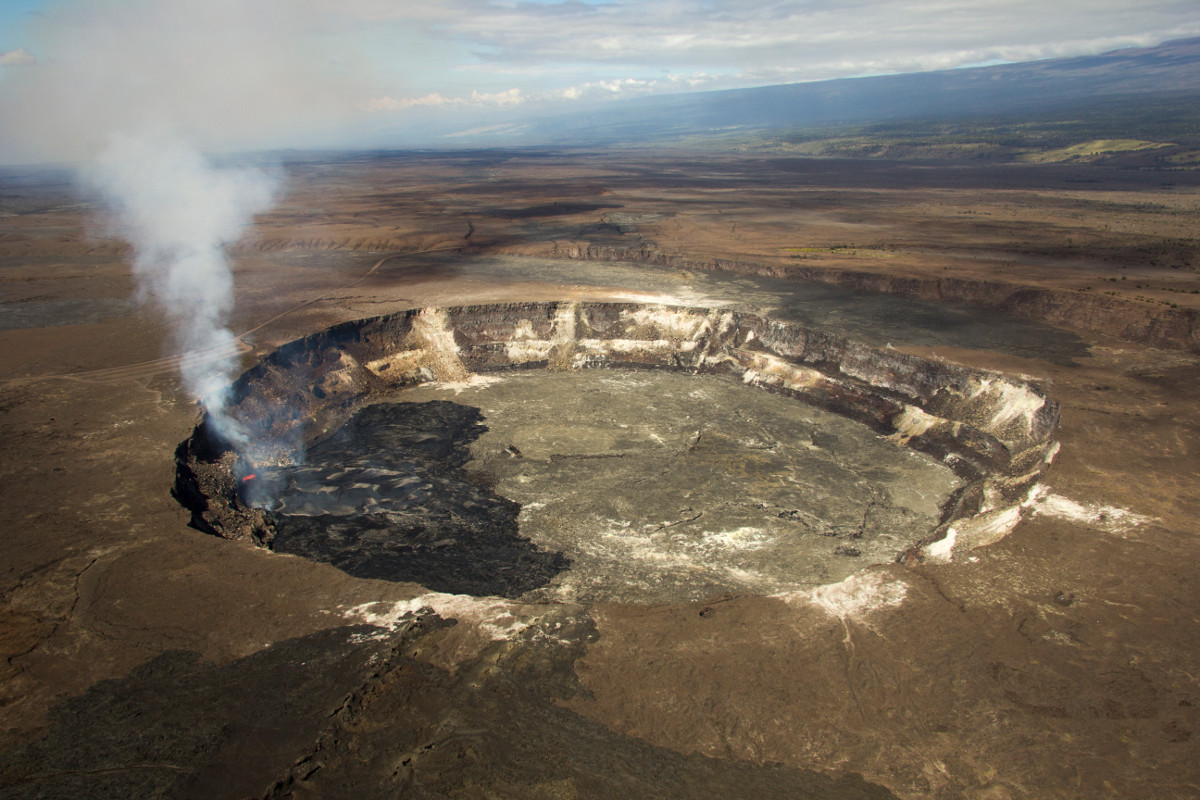 So far, these overflows have covered about 28 acres. The overflows are also building up the rim of the Overlook crater, so that it is now several yards above the orginal floor of Halema’uma’u. That means that when the lava level is at the rim, it is actually sitting above the floor of the crater. Scientists call this effect a perched lava lake.

The show at the summit is most spectacular at night, or at sunrise / sunset, which also tends to be the most popular time for tourists to visit the spectacle. 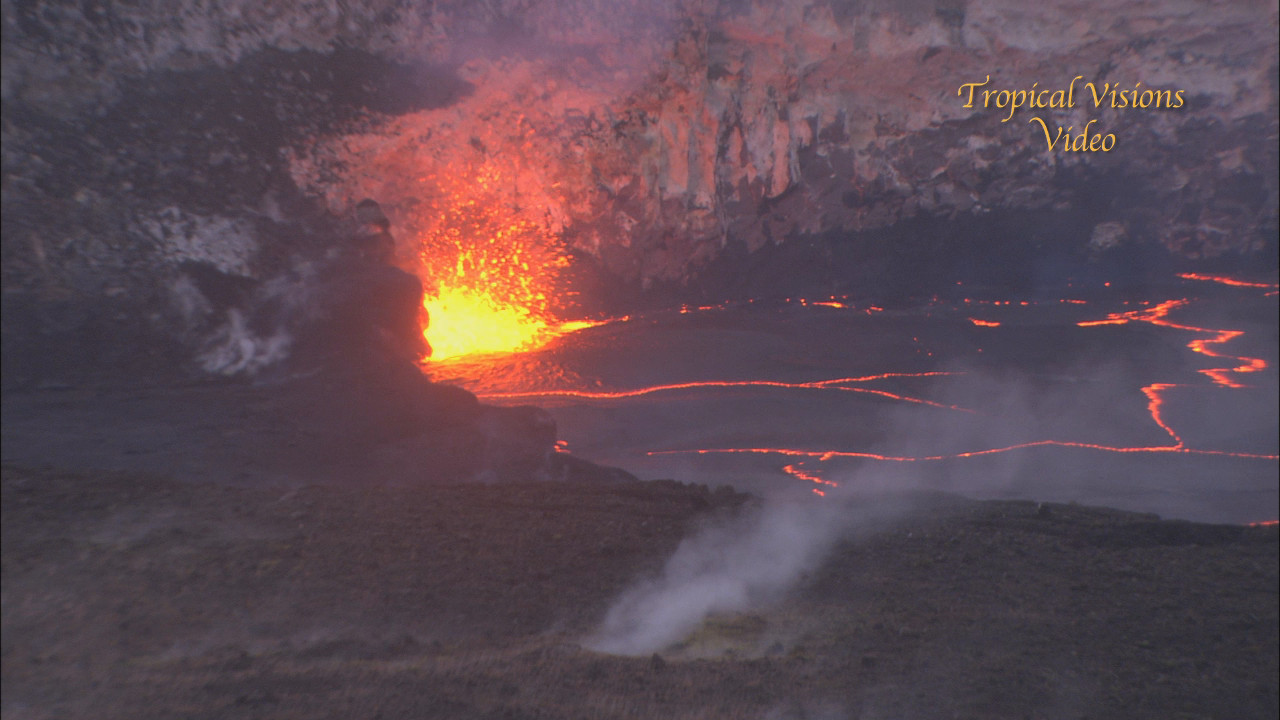 Lava lake at Halem’uma’u. Image from video by Mick Kalber.

On May 3rd at 1:20 in the afternoon, park visitors witnessed another fantastic display when a portion of the crater wall collapsed into the lava lake, triggering a small explosion. The blast threw spatter and fist-sized clast as far up as the closed visitor overlook directly above. No one was injured. 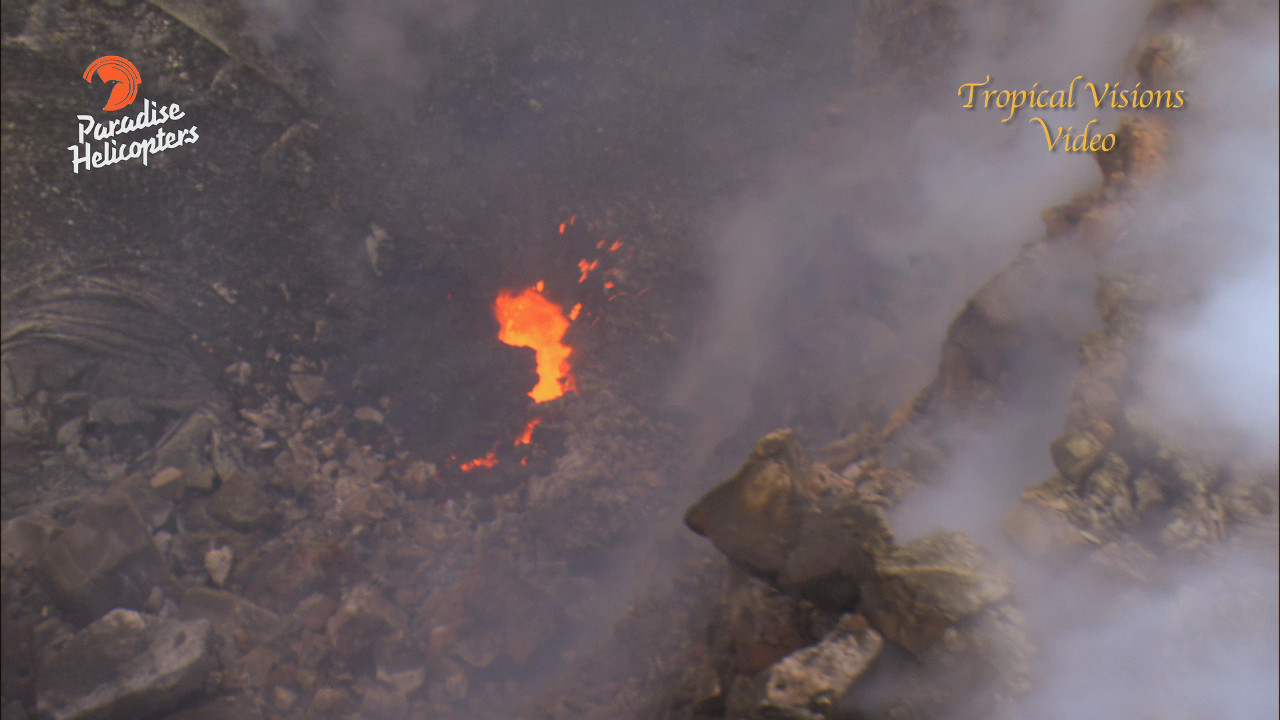 Lava from the June 27th flow continues to spread out northeast of Puʻu ʻŌʻō, with the most distant breakout 5 miles away from the crater, burning sluggishly. According to Mick Kalber, who shot overflight footage on Wednesday, lava continued to flow in pahoehoe toes and larger outbreaks at numerous places downslope from the vent, mostly burning the forest four to five miles below.

Scientists downgraded the volcanic threat level associated with this lava flow from a Warning to a Watch a little over a month ago. 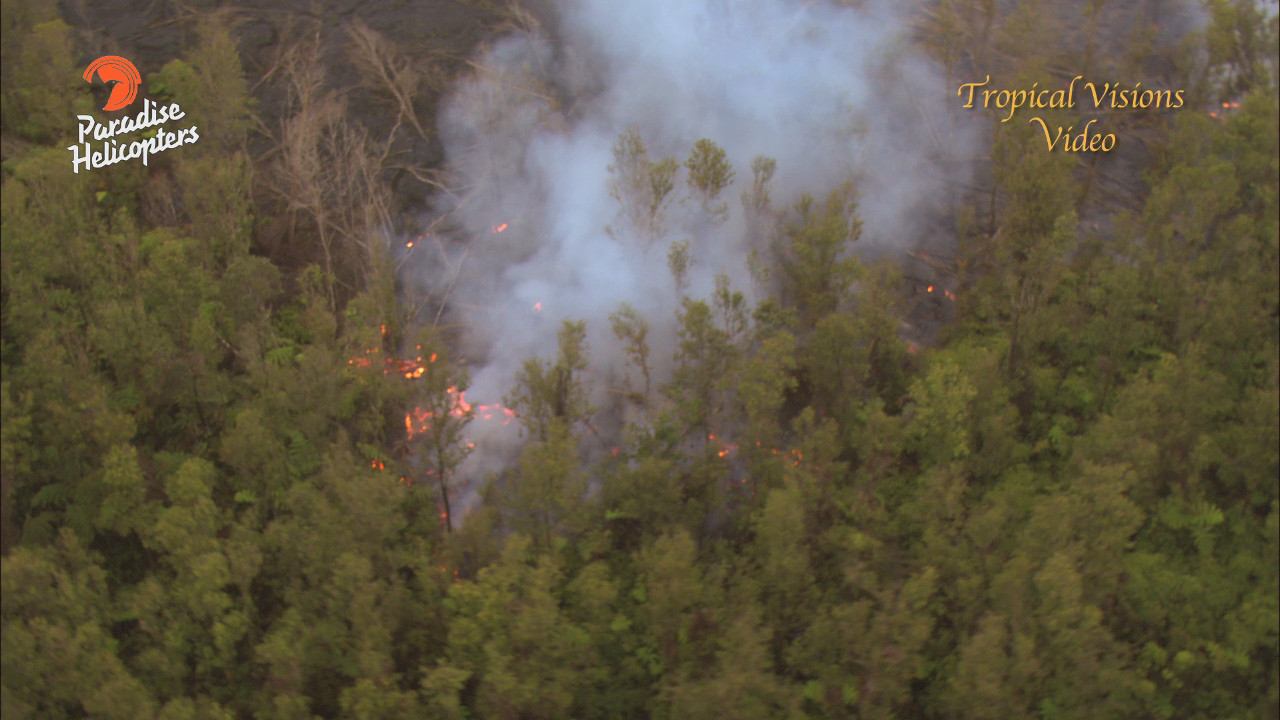