The Hawaii County Council witnessed a presentation last Tuesday that is likely to spark a state-wide discussion concerning the use of Hawaii's mineral resources.

HILO, Hawaii – The Hawaii County Council witnessed a presentation last Tuesday that is likely to spark a state-wide discussion on the use of Hawaii’s mineral resources.

RJ Hampton and Sativa Sultan revealed their detailed research on the possibilities of geothermal solution mining during a power point given to the Hawaii County Council Committee on Agriculture, Water, and Energy Sustainability.

In Hawaii, the geothermal resource is used as a power source. Presently, only one company – Ormat, based out of Israel – has the right to tap that resource in order to produce energy. But Hampton and Sultan believe there is another, lucrative aspect to the resource, and its something that no one has talked about – openly – until they began to investigate.

One of the things I want to assure my people over there in Pahoa is we have checked out the environmental stuff about this and you can rest assured that we would not do anything to hurt this aina.”RJ Hampton

Sultan, who put the power point together, gave Hampton credit for all the research.

It started with our investigation of a magma well. And yes, we have a lot of concerns with the magma well (KS-13) that has been online for ten years. In 2005, Ormat drilled 8,297 feet into the Earth. They struck a magma chamber. It was the very first time that this had ever happened in the history of humanity. They pulled the drill back up because it torqued. They pulled 4 and a half pounds of dacite. That is … magma that’s in its natural environment that gets pulled up with rapid cooling. It turns to volcanic glass. They dubbed it Puna Dacite, although many people in Puna don’t know about it. (That well) is still online today.”Sativa Sultan

The discovery, which was detailed years later at the 2008 American Geophysical Union Fall Meeting, is the foundation for Hampton and Sultan’s Waste to Wealth presentation on Geothermal Solution Mining, focusing on “Commercial Recovery from Geothermal Fluids”, or brine. 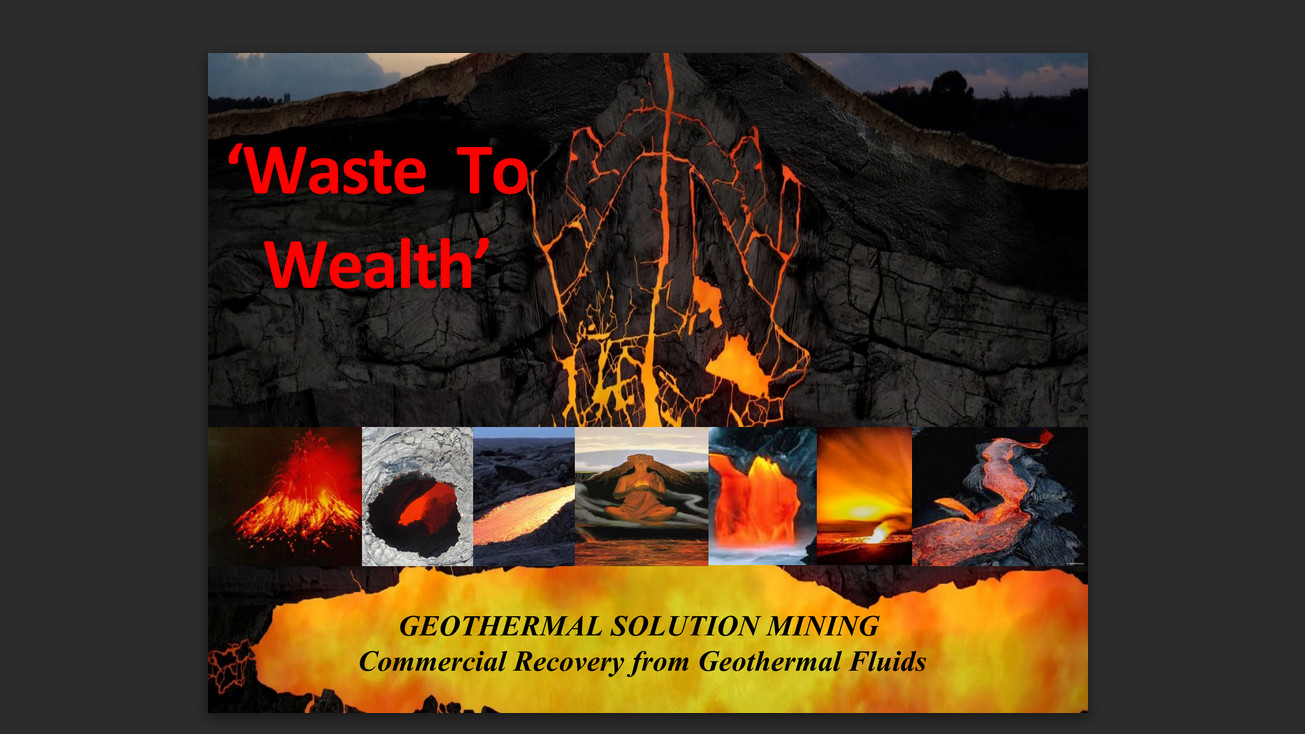 You dont’ necesarily need a geothermal energy plant to do what we are talking about. You need geothermal fluids. That means you need steam that is coming up through the ground. That is the resource.”RJ Hampton

Hampton and Sativa walked the council through the early stages of geothermal development in Hawaii, bringing them to the October 2005 drilling into the magma chamber. They said the dacite that was recovered contained the “entire periodic table”.

This was an incredible discovery. We didnt know about it here in the island because they didnt tell anybody for years but Johns Hopkins said its ‘scientific gold.’ This is the opportunity for the scientists there to study something that never had been looked at.”Sativa Sultan 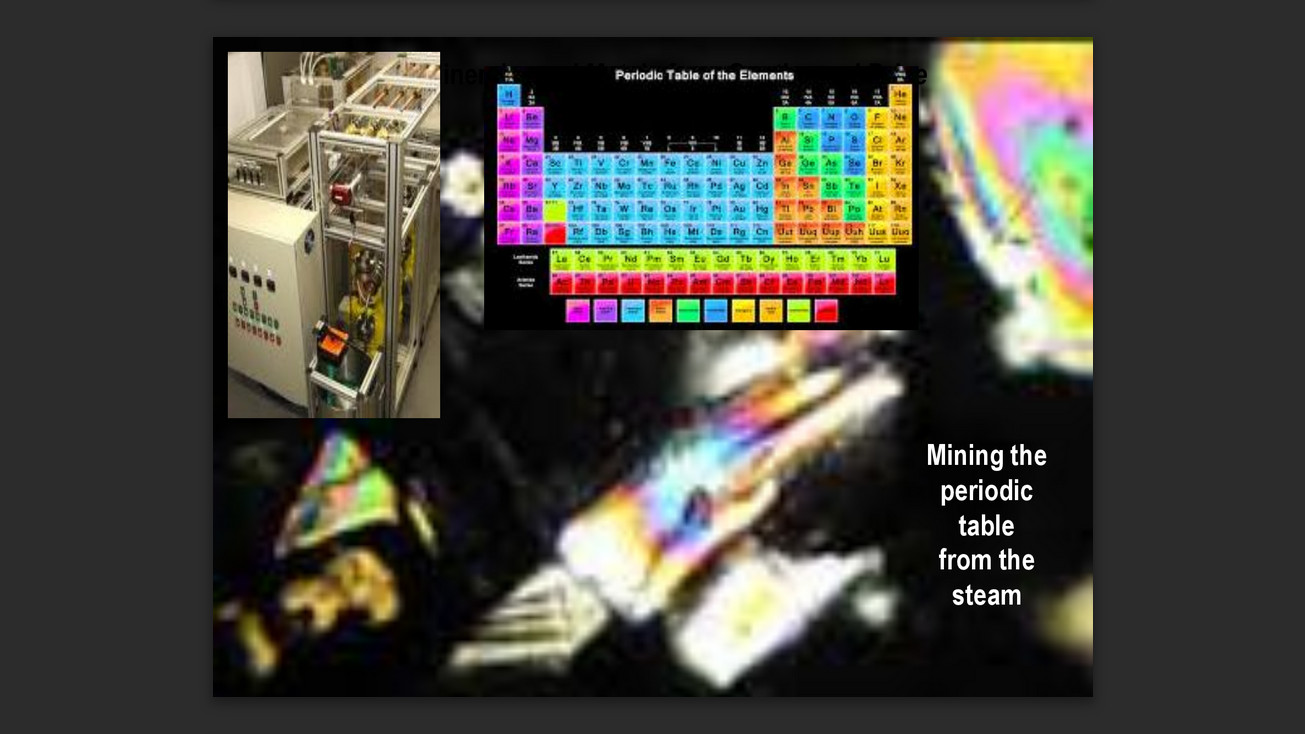 Hampton and Sultan showed an image of a machine that they say takes the geothermal brine from the power plant and turns it into silicon wafers, tailored to any specification. The wafers have many applications, from thin film to solar panels, and that “90 minutes is all they need” to do it, Hampton said. They say the technology was developed by Lawrence Livermore in 2006.

This turns the mining industry on its head. Mining used to be environmentally toxic. Now its coming up in the steam. You no longer have to dig in the earth. The production costs are a lot less. This is a very profitable industry.”Sativa Sultan

Referring to analytic results of selected metals recovered by Puna Geothermal Venture done by American Assay Labs, Hampton and Sultan say Hawaii’s silica is 67.33% pure, the best in the world. 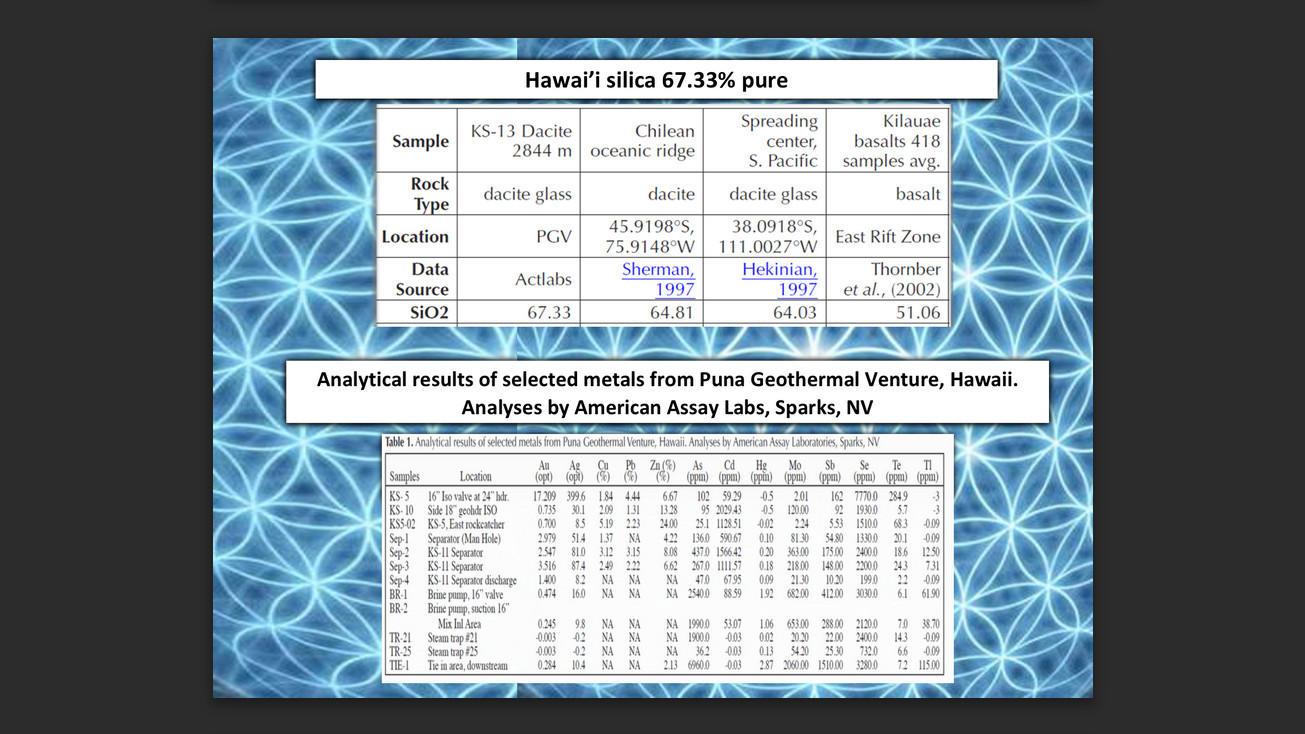 They say the 2005 find has given Ormat a huge jump ahead in the game. Orbotech, they said, is a spin off company created by the founders of Ormat.

What do they (Orbotech) do? They do the most complicated silica; blanket silica etching. They etch onto the thin film, they have the machines to do it. They make the OLEDs for the flat panels. Every television and every electronic … are all made with silica. They happen to have geothermal plants all over the world – guess what – that produce silica. Are they using the silica? Well, they claim they’re not. There’s no reporting on it. That’s how new this stuff is.”Sativa Sultan

Hampton and Sultan said Lithium, perhaps the most valuable commodity being recovered from the steam, is abundant. 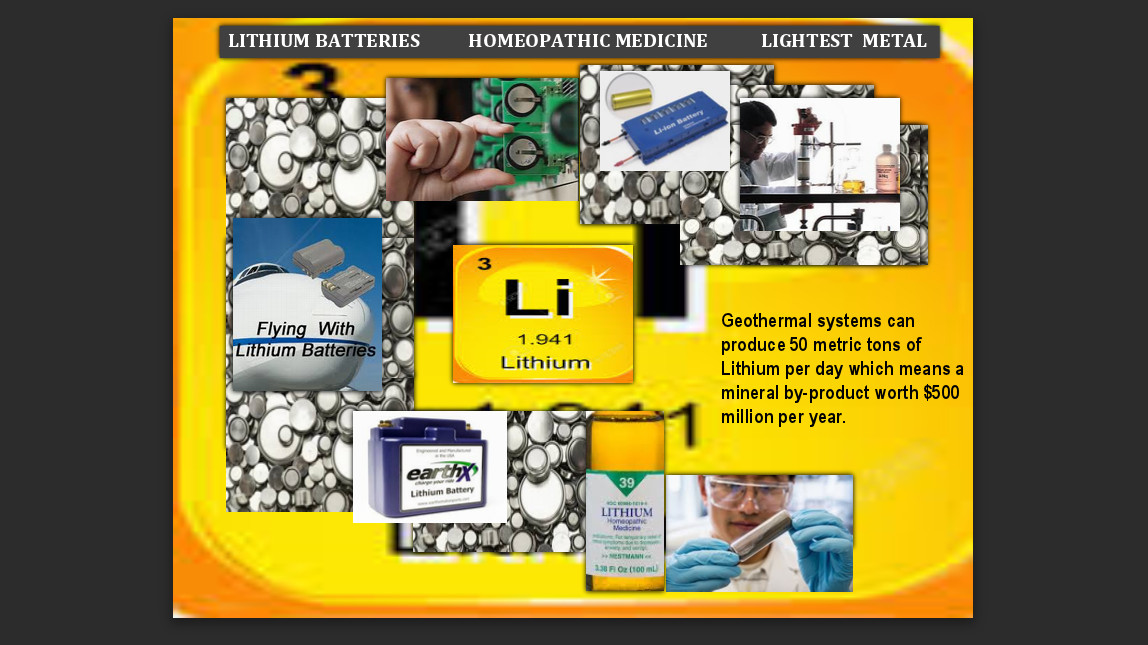 The presentation also included information about the Government of Iceland’s Magma Enhanced Geothermal Plant which went into production January 2014 after drilling into a magma chamber in June 2009. (Corrected) “One magma well will light up all of Iceland,” Sultan said. 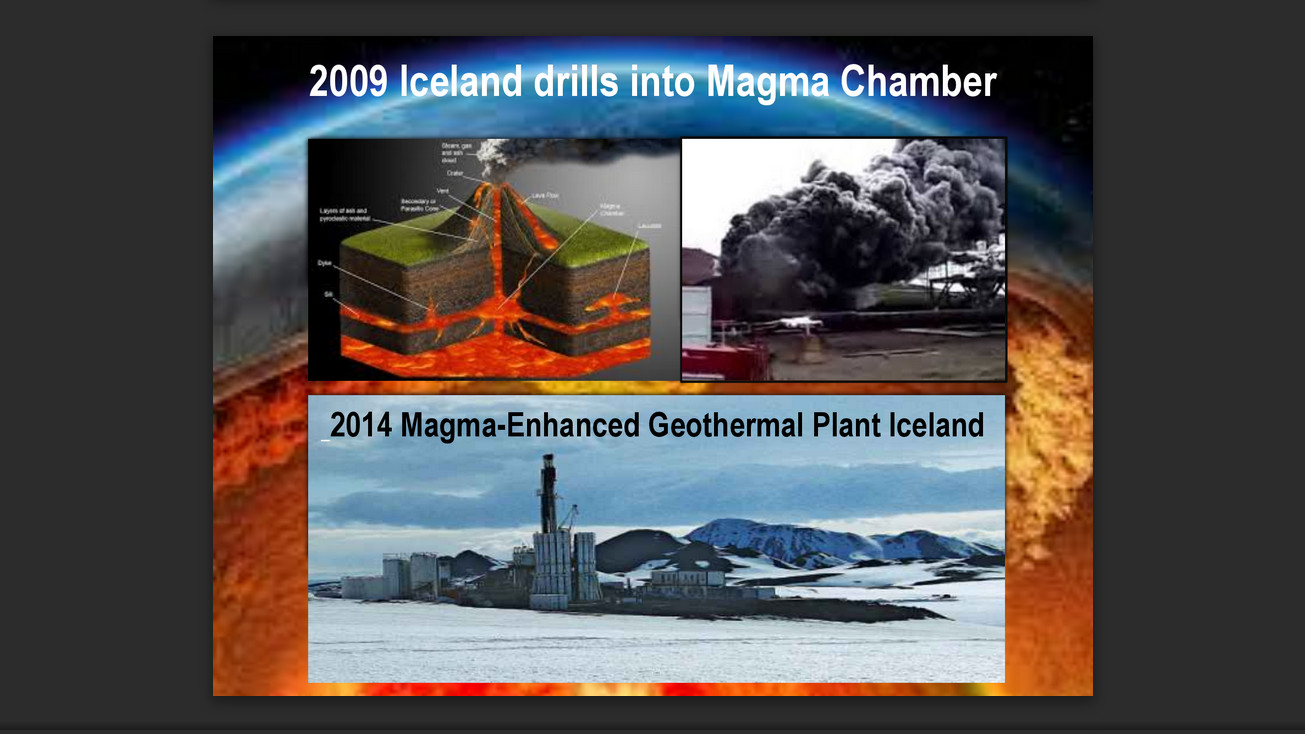 They said they don’t want to see magma-enhanced wells drilled, and that a magma well is not needed for Geothermal Solution Mining.

Hampton and Sativa said the company Simbol Materials is already mining the discharge brine from geothermal plants operating on the Salton Sea. The targeted minerals are Lithium, Magnesium, Zinc and Potassium. 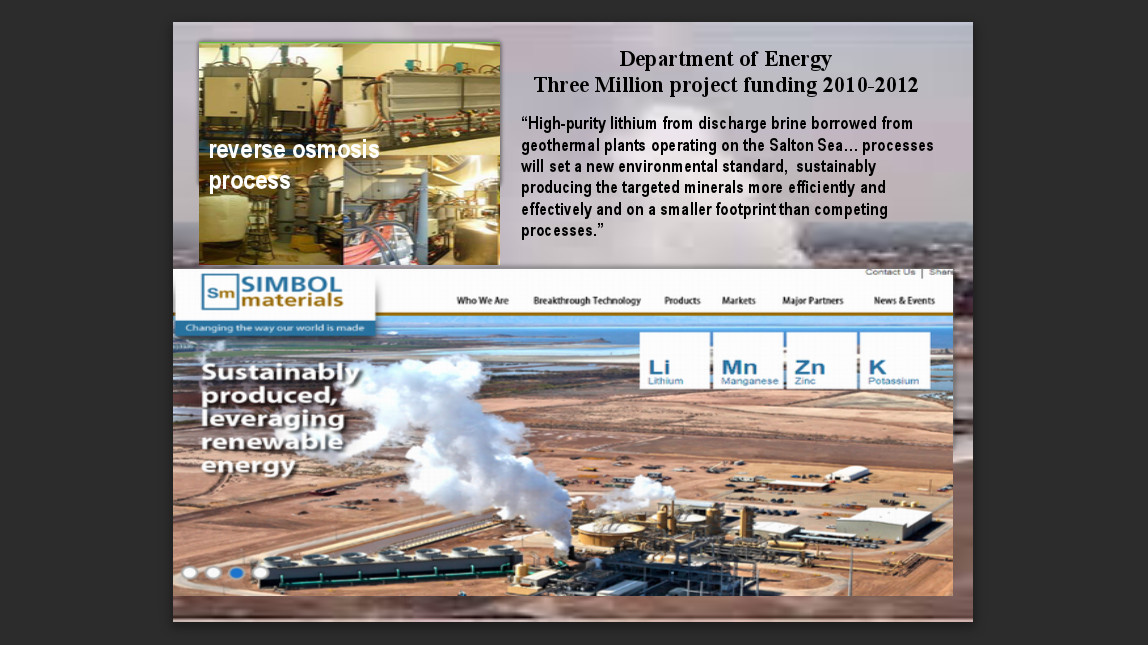 The United States Department of Energy is very interested in this, Hampton and Sultan say, and is “throwing millions of dollars at this” in order to become competitive with China, which has the lion’s share of the market on production of many of these valuable minerals. 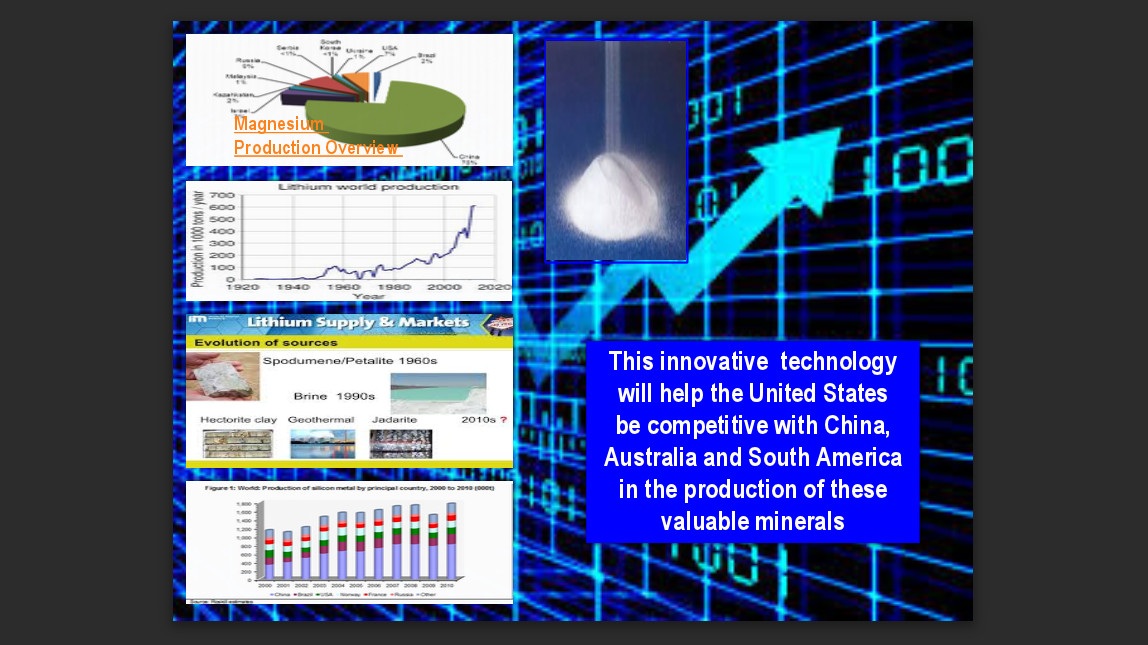 Hampton and Sultan dedicated the presentation to Stanley Allen Meyers, the visionary who developed cars that ran on water hydrogen/oxygen fuel.

What does it all mean for Hawaii? Sultan says she would like to see the commercial recovery from geothermal solution mining go towards a Hawaii permanent fund, like Alaska has. But who owns the resource?

Our next video in the series will detail the conversation between the council – and an Ormat official – following the presentation.