HILO – The Hawaii County Police Department celebrated the start of Police Week on Monday at the Hilo police station.

Fifth graders from Nā Wai Ola Public Charter School in Mountain View were among the members of the public to take part in the event, which included a 21-gun salute, hula and a candle-lighting ceremony in tribute to the four policemen killed in the line of duty since 1918: Manuel Cadinha (1918), William “Red” Oili (1936), Ronald “Shige” Jitchaku (1990) and Kenneth Keliipio (1997). 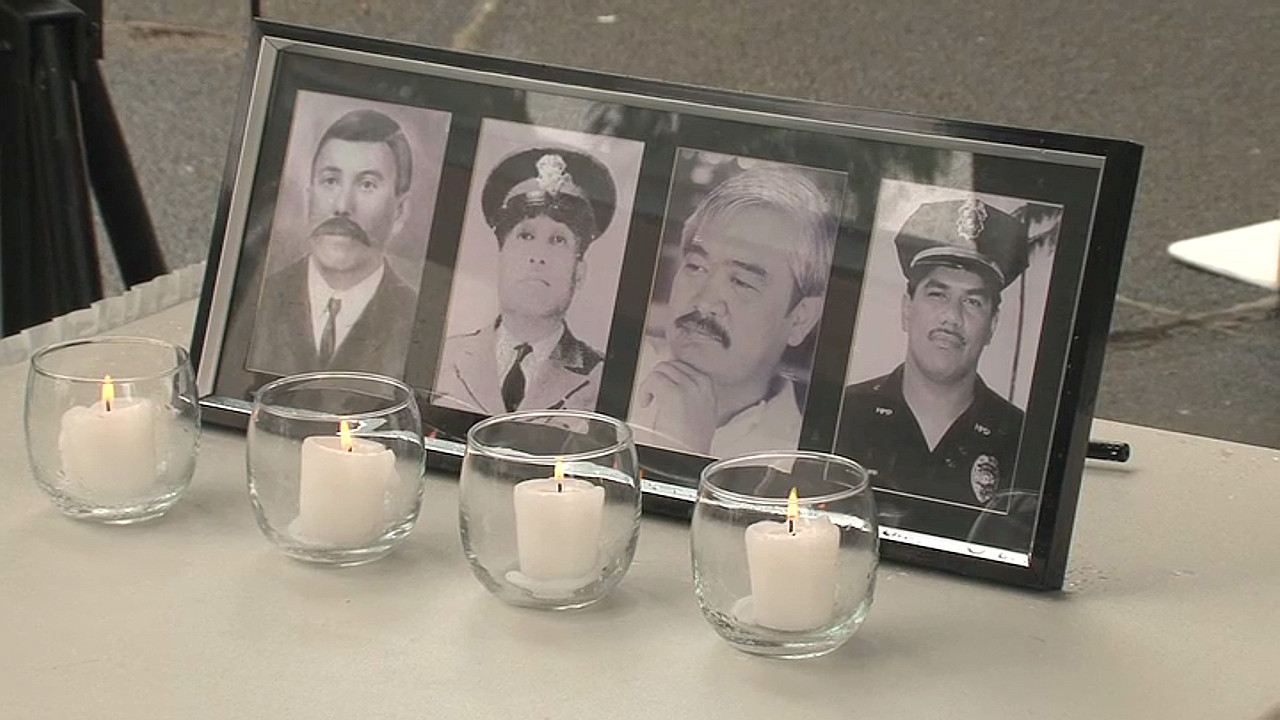 Police Chief Harry Kubojiri shared some remarks at the event, honoring those who made the ultimate sacrifice. He also thanked those who currently serve on the police force.

… to the men and women of the awaii police Department: thank you for your courage, dedication and perseverance in protecting the citizens of Hawaii island. I am honored, proud and privileged to serve beside each and every one of you. Mahalo.Police Chief Harry Kubojiri

Mayor Billy Kenoi was also in attendance for the ceremony.

Everybody’s job in this county is much easier because of all your courage, all your service, all your aloha. So, mahalo.Mayor Billy Kenoi

The mayor also recognized Momi Cazimero, the sister of Jitchaku, who has been working on erecting a memorial for the fallen officers. A blessing was held on a grassy area fronting Hualālai Street, where the future memorial will stand. The memorial is expected to be completed in time for Police Week next year. 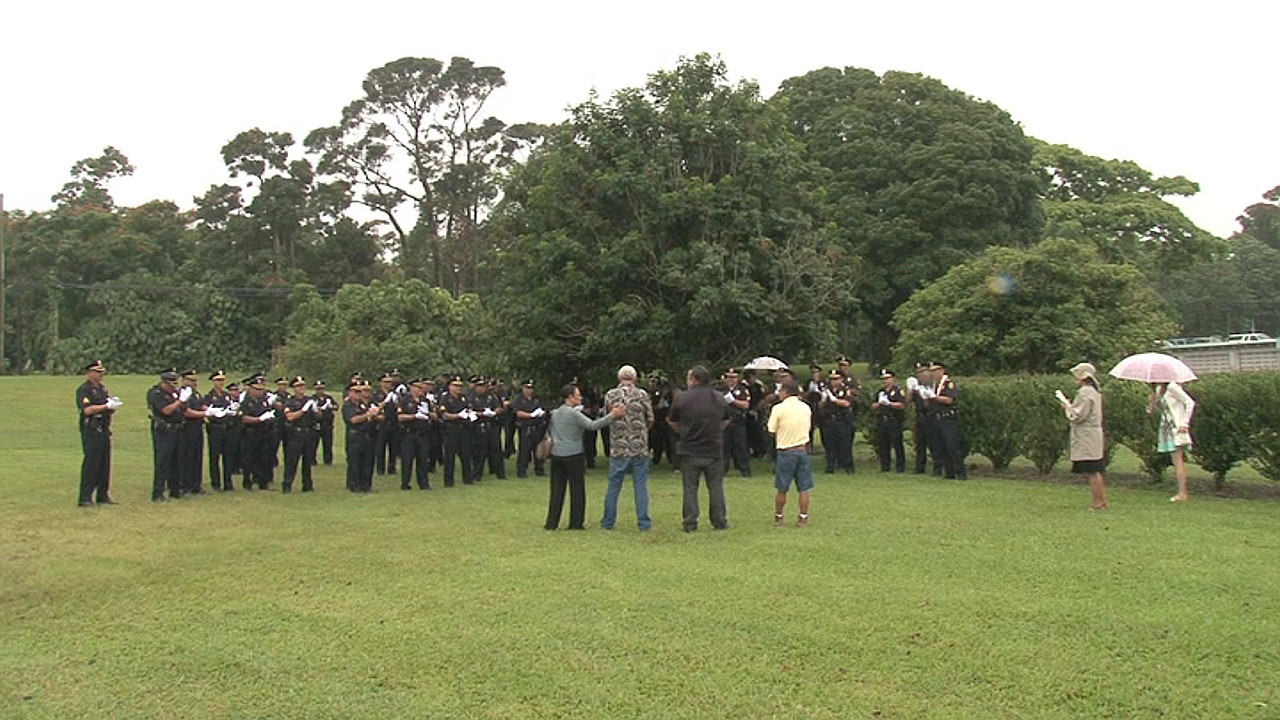 The location of the planned officer memorial in Hilo, blessed during Monday’s event. Image courtesy HPD.

In 1962, President John F. Kennedy signed a proclamation designating May 15th as Peace Officers Memorial Day and the week in which it falls as Police Week. 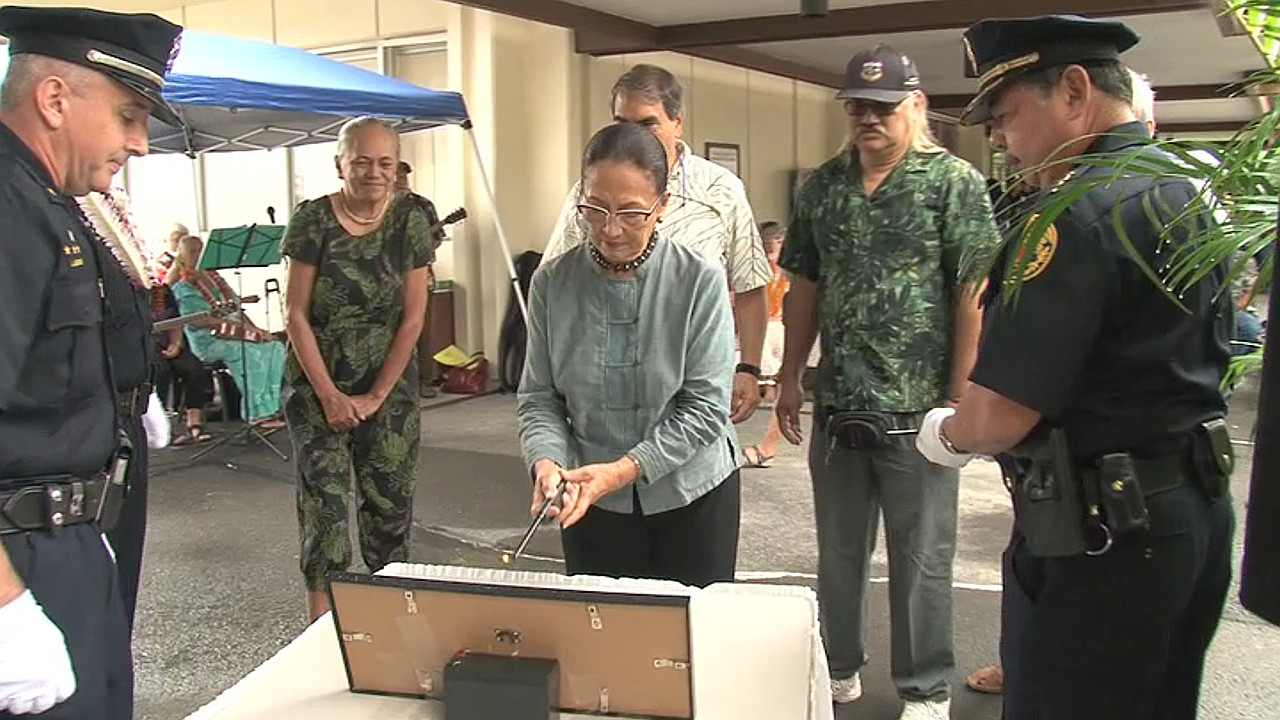