HAWAII VOLCANOES NATIONAL PARK – Scientists and National Park officials continue to keep a close eye on the summit of Kilauea.

Tiltmeters at Kīlauea’s summit continue to record tilt in a different direction than is usually associated with summit inflation and deflation, and seismicity rates in the southern part of the summit area remain elevated. The new tilt direction and elevated seismicity are suggestive of magma accumulation in an area just south of the summit caldera. The summit lava lake level continues to lower and is currently at 30-35 meters (100-115 feet) below the original crater floor.USGS Hawaiian Volcano Observatory 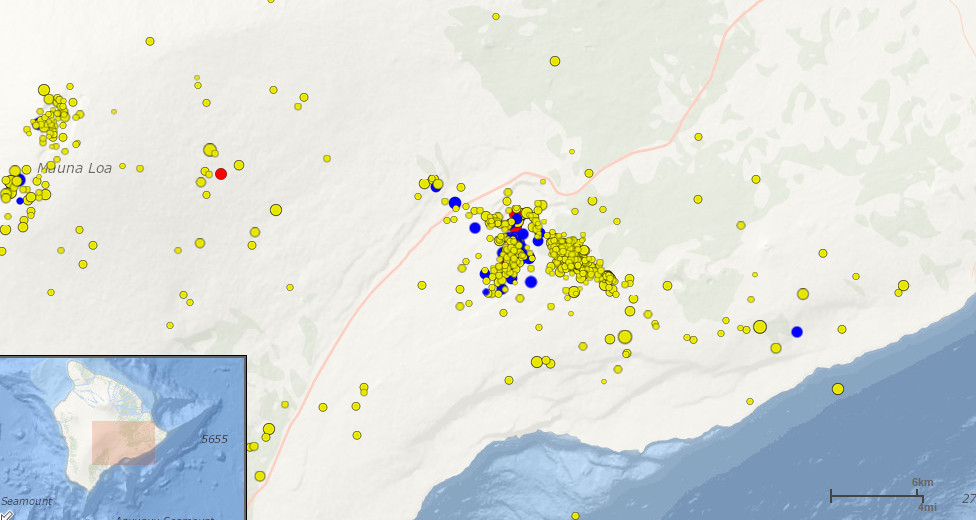 From the USGS earthquake page.

Going back to May 8, the summit lava lake reached its highest level to date 26 feet above the original floor of Halemaʻumaʻu Crater. This was possible – scientists say – because multiple overflows and spatter from the rising lake built a ridge of solidified lava around the vent, forming a “perched lava lake.” But on May 9, the lake level began to drop in response to a switch from summit inflation to deflation. By the morning of May 12, the lava lake level was about 50 feet below the original floor of Halemaʻumaʻu Crater, and has since disappeared from public view at Jaggar Museum.

Hawaii Volcanoes National Park is not taking any chances. During evening hours, all backcountry trails between Crater Rim Drive & the coast are closed, as well as one campground. They remain open for day use. Today, there is expected to be a swell of visitors to the park, taking part in this weekend’s big BioBlitz event.

Meanwhile, out on Kilauea’s other eruption, videographer Mick Klaber reports the June 27th lava flow is still very active, feeding lava flows up to five miles east-northeast of the Pu’u O’o vent. The Paradise Helicopter and Tropical Visions crew says that since their last visit, a strong outbreak just below the vent has torched all of the trees and covered much of the Kahauale’a Kipuka. It something of a milestone. Lava flows have gone around the kipuka for years, but now they have finally destroyed most of it, pouring into the crater located on the southwest end.

In March, the USGS Hawaiian Volcano Observatory downgraded the threat level of the lava flow from a Warning to a Watch when the miles of lava closest to Pahoa town stalled and went cold. 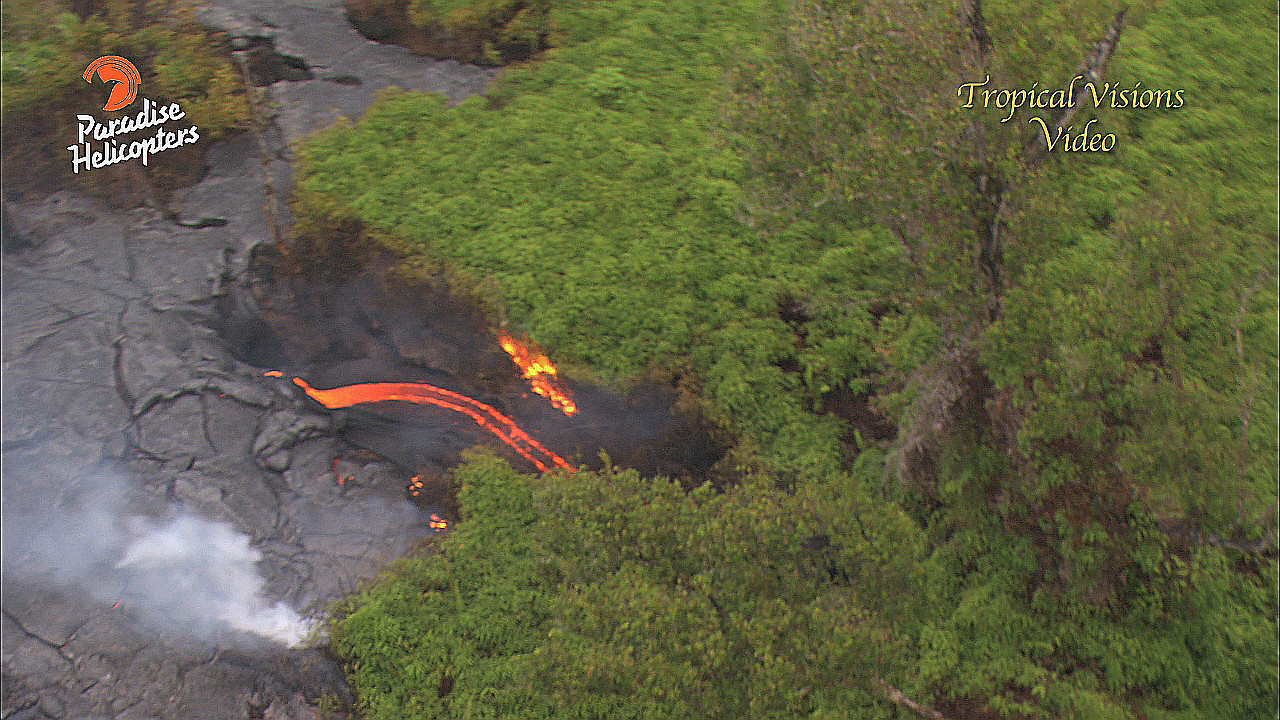