HILO – Lieutenant Colonel Jacob A. Peterson, Commander of the U.S. Army Garrison-Pohakuloa, gave an emotional keynote address during the annual Memorial Day ceremony at the East Hawaii Veterans Cemetery in Hilo. “Americans in the past kept the day quiet,” Peterson said, “pausing to remember – at least for a little while – the kind […]

“Americans in the past kept the day quiet,” Peterson said, “pausing to remember – at least for a little while – the kind of men and women that so willing agave that last full measure.”

“We live in a different time today,” Peterson continued, wiping tears from his eyes, “People have indeed lost something of quality over the years”

We don’t always see that same selfless devotion to something bigger than ourselves. Memorial Day today is more about a day to take advantage of the big sales at the malls or fighting the traffic to get to the beach for a long weekend. We should be ashamed of ourselves if we forget that, as we enjoy the long weekend that we are again at war today, a new generation continues to fight and win against an enemy on our behalf in Afghanistan and other locations around the globe.”Lt. Col. Jacob Peterson

Peterson began his career in 1991 as an artilleryman in his local Colorado National Guard unit. After an appointment to West Point, he was commissioned in the Infantry in 1996. Prior to assuming command at Pohakuloa, he served as Air and Missile Defense Division chief the U.S. Army Central Command in Leavenworth, Kansas, and worked as Southeast Asia counter-terrorism officer at U.S. Army-Pacific Command on O’ahu.

This year’s Memorial Day Service was sponsored – for first time – by VFW Post 3830 and Ladies Auxiliary at Veterans Cemetery. The public was invited to attend. 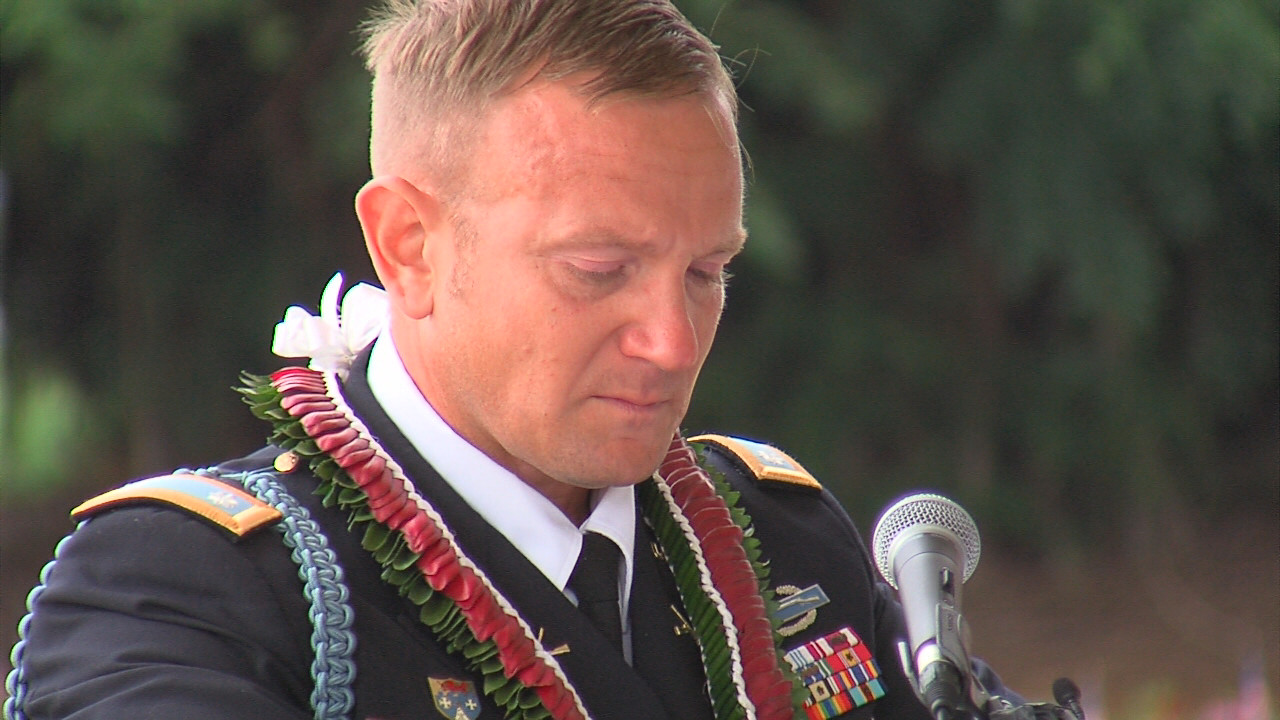