The brushfire by Kawaihae Road has jumped the roadway in multiple areas and is spreading in multiple directions. Road closures, evacuations are reported and emergency shelters have been opened. 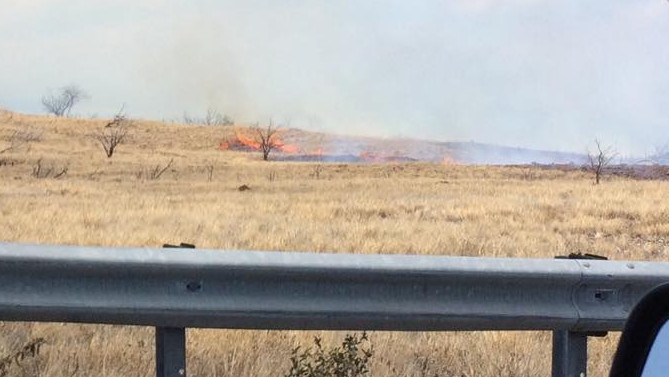 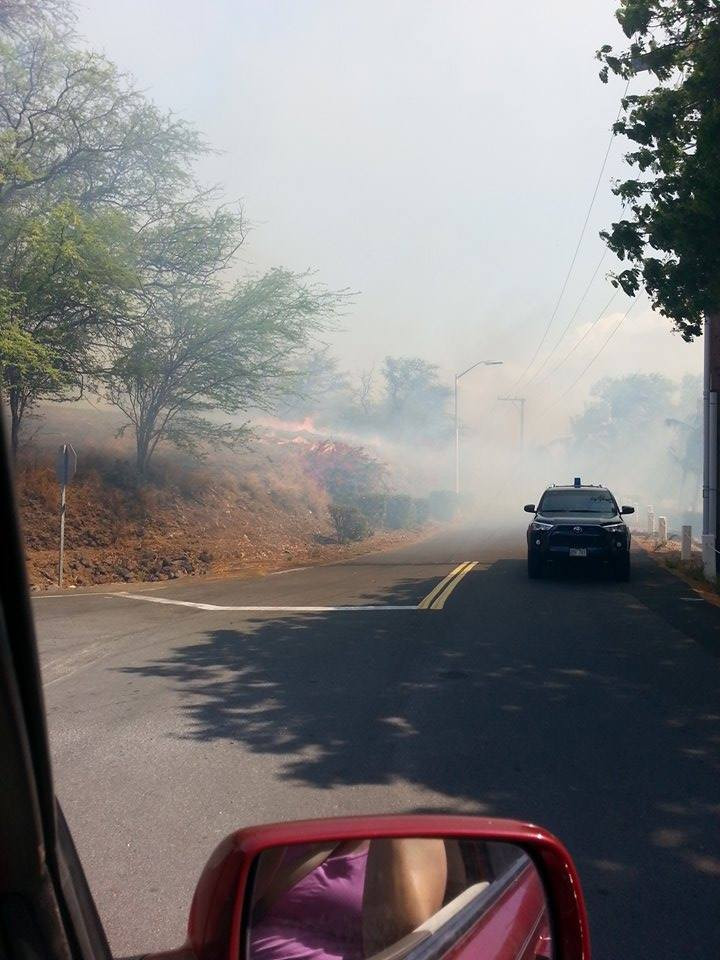 “Spencer’s Beach Park was evacuated minutes before the fire came towards the beach,” reports Terri York, who shared images with BIVN. “This photo was taken as we exited the beach.” 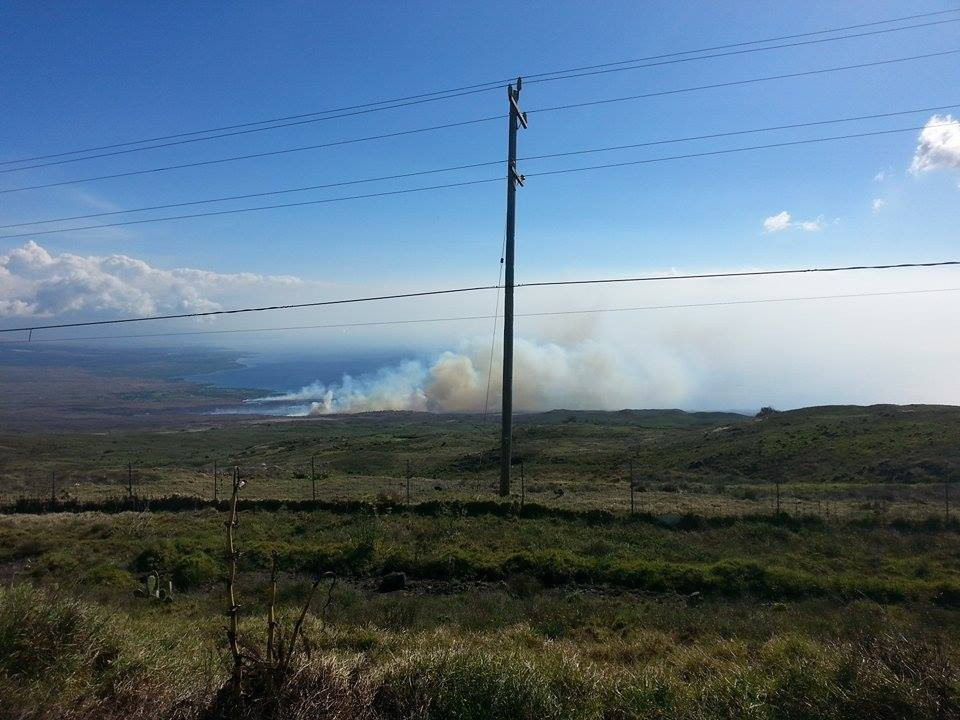 This photo shows the “Hawi detour with telephone pole,” according to photographer Terri York.