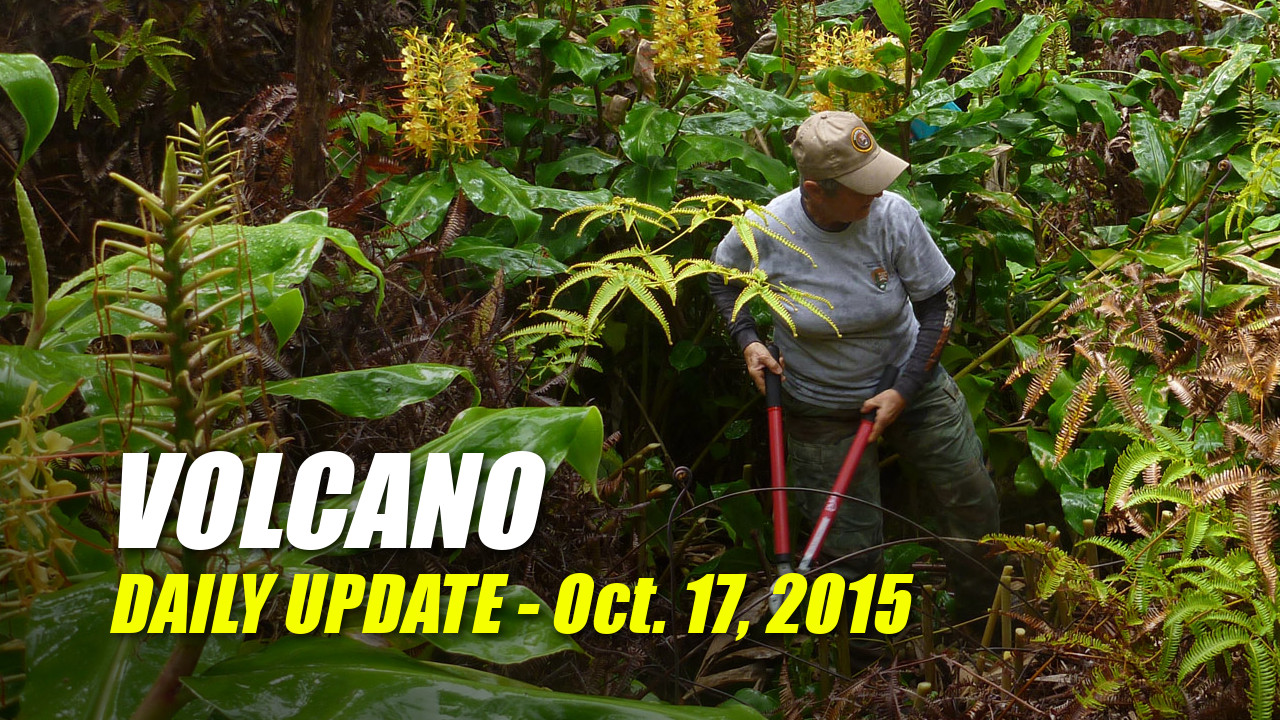 (ABOVE) A NPS photo shows volunteer and stewardship project leader Jane Field taking on invasive Himalayan ginger, one of the world’s top 100 invasive species according to the International Union for the Conservation of Nature. The Stewardship at the Summit program continues today. 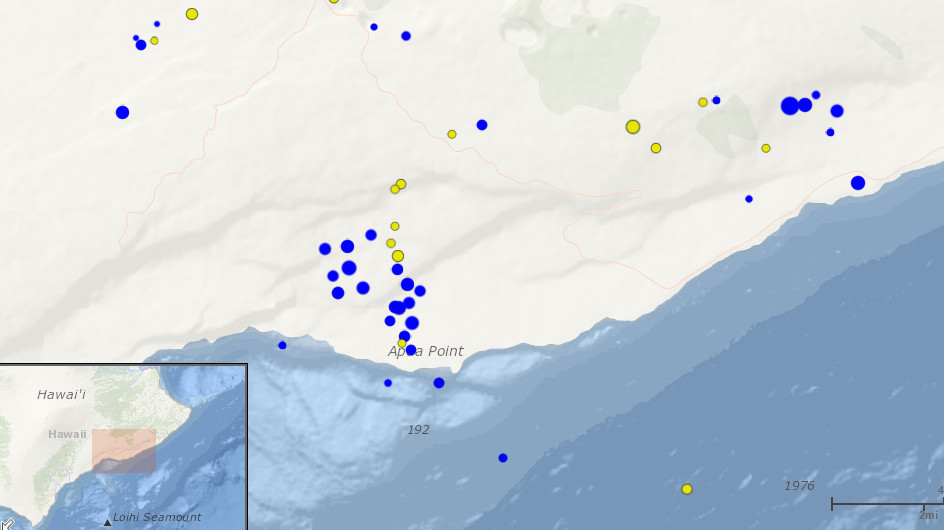 HAWAII VOLCANOES NATIONAL PARK – A number of earthquakes have been recorded in the last two days, especially around Apua Point south of the Kilauea summit. The screenshot of the interactive USGS map above shows quakes (almost all below magnitude 3.0) that occurred in the last two days in blue. These south flank earthquakes are associated with a “slow slip event”, or SSE, according to the USGS Hawaiian Volcano Observatory.

“SSEs are episodes of fault slip occurring over the course of 1–2 days beneath Kīlauea’s south flank. If all that slip took place abruptly, it would generate the equivalent of a M6 earthquake. Because the slip occurs over days, however, the SSE motion is detectable only with sensitive geodetic or deformation monitoring instruments.”USGS Hawaiian Volcano Observatory on April 12, 2012

MORE ON SSE: Waiting and listening for Kīlauea to Chatter

Summit Observations: Summit inflation continued over the past day, and the lava lake level has risen slightly. This morning the lake was roughly 60 m (200 ft) below the Overlook crater rim. Summit sulfur dioxide emission rates ranged from 780 to 6000 metric tons per day during the 2-week period ending October 13.

Puʻu ʻŌʻō Observations: Webcams show no significant change in eruptive activity at Puʻu ʻŌʻō. Tilt over the past day was affected by heavy rain. The sulfur dioxide emission rate from all East Rift Zone vents was about 300 metric tons per day when measurements were last possible on October 2, 2015. A swarm of small earthquakes continues on Kīlauea’s south flank, west of Kaʻena Point, near Apua Point. These south flank earthquakes are associated with a “slow slip event” – more information on slow slip events can be found in this Volcano Watch article from 2012: http://hvo.wr.usgs.gov/volcanowatch/view.php?id=119

June 27th Lava Flow Observations: Webcam images show that the ‘June 27th’ lava flow continues to be active. Satellite imagery from this week showed scattered breakouts between 2.2 and 6.3 km (1.4 and 3.9 mi) northeast of Puʻu ʻŌʻō. The lava flow is not currently threatening any communities. USGS Hawaiian Volcano Observatory on Oct. 17, 2015 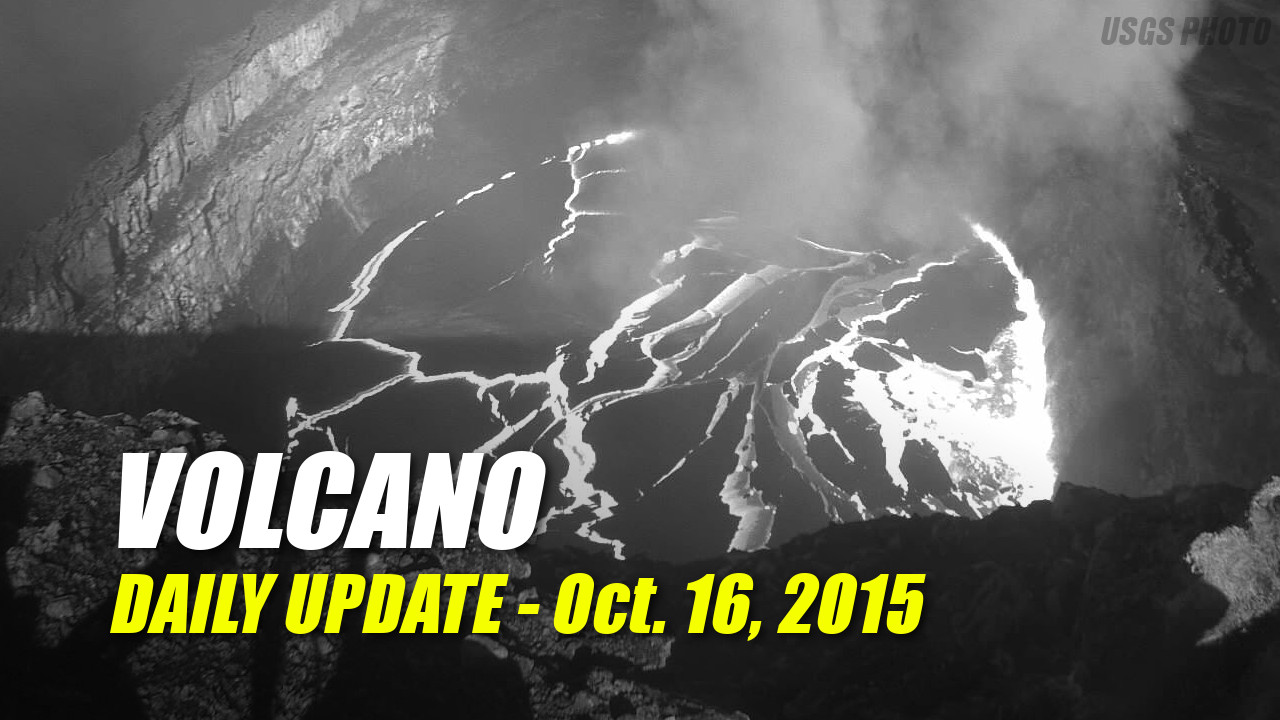