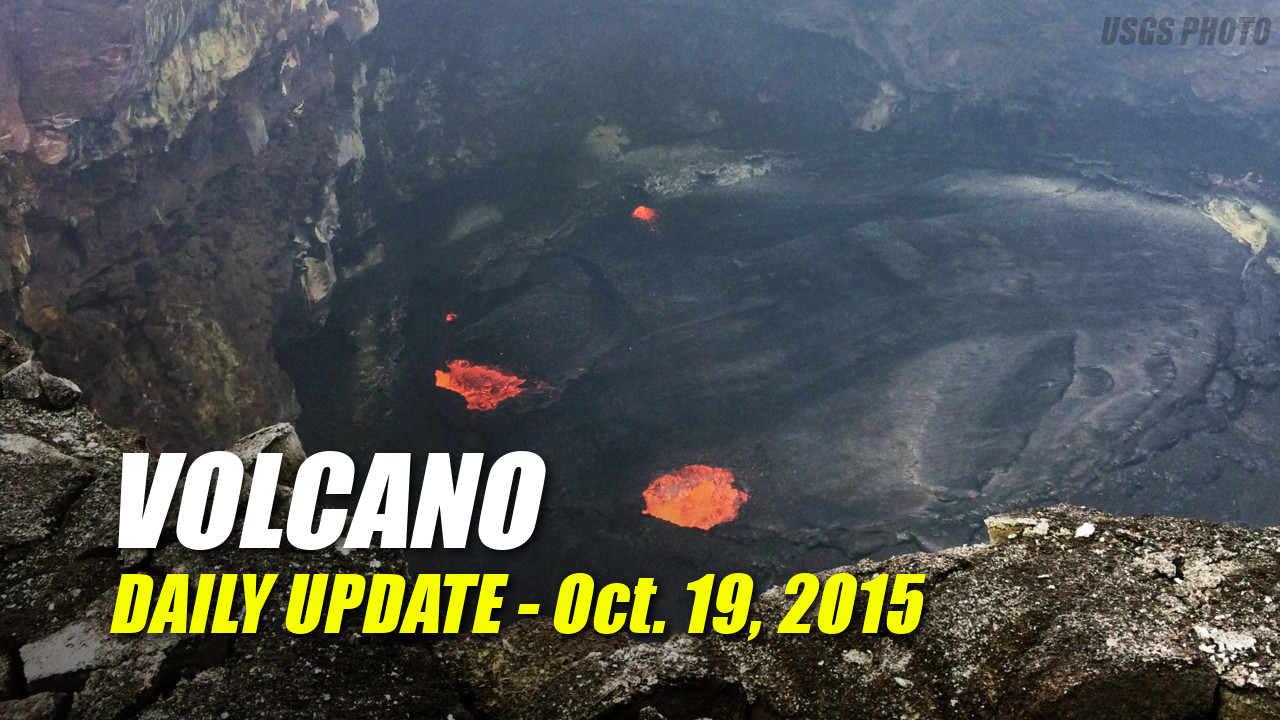 (ABOVE) USGS photo shows the lava pond that has been active in the western portion of Puʻu ʻŌʻō crater for several months.

“The park regrets any noise impact to residents and park visitors. Dates and times are subject to change based on aircraft availability and weather. Management of the park requires the use of aircraft to monitor and research volcanic activity, conduct search-and-rescue missions and law enforcement operations, support management of natural and cultural resources, and to maintain backcountry facilities.”National Park Service

“Summit Observations: The summit tiltmeters showed overall inflationary tilt over the past day. The lava lake level rose slightly, but also fluctuated with changes in spattering activity. This morning the lake was roughly 55 m (180 ft) below the Overlook crater rim. Summit sulfur dioxide emission rates ranged from 780 to 6000 metric tons per day during the 2-week period ending October 13.

June 27th Lava Flow Observations: Webcam images show that the ‘June 27th’ lava flow continues to be active. Satellite imagery from this past week showed scattered breakouts between 2.2 and 6.3 km (1.4 and 3.9 mi) northeast of Puʻu ʻŌʻō. The lava flow is not currently threatening any communities.”USGS Hawaiian Volcano Observatory on Oct. 19, 2015 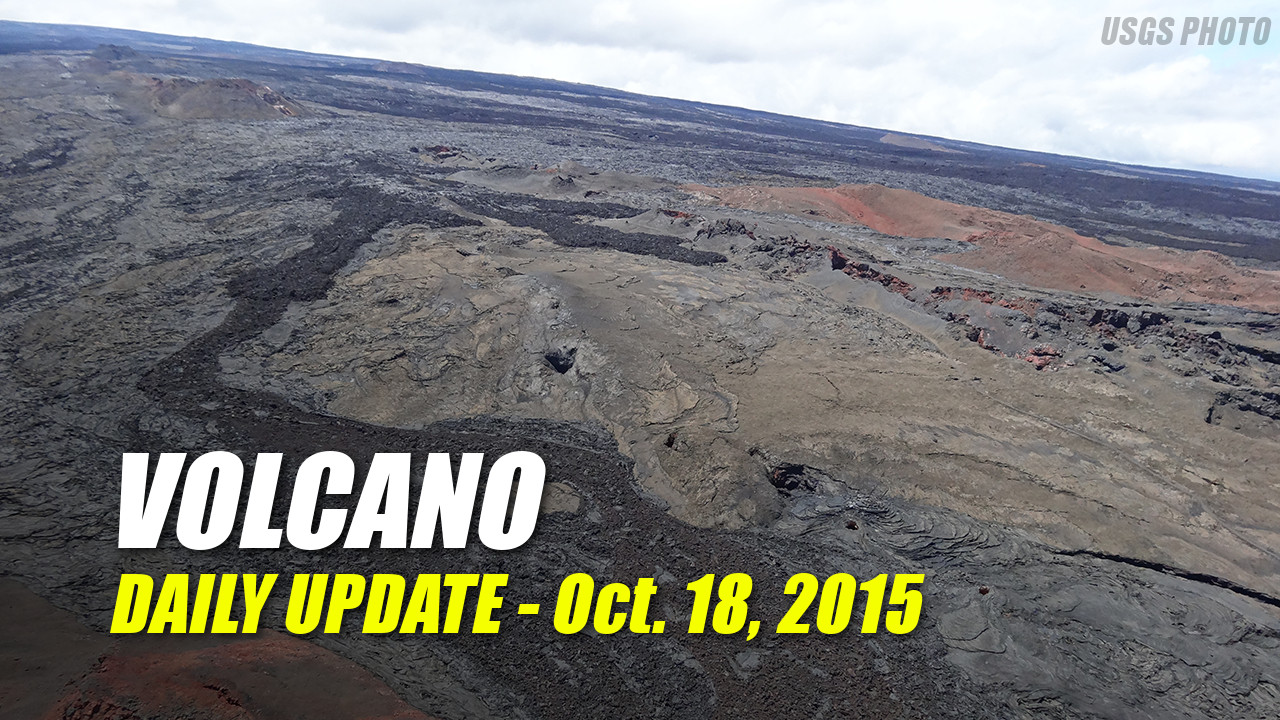