The two Hawaii Island properties have made the National Register of Historic Places. The Department of Land and Natural Resoures says both are well-known and popular community locations in Honokaa. 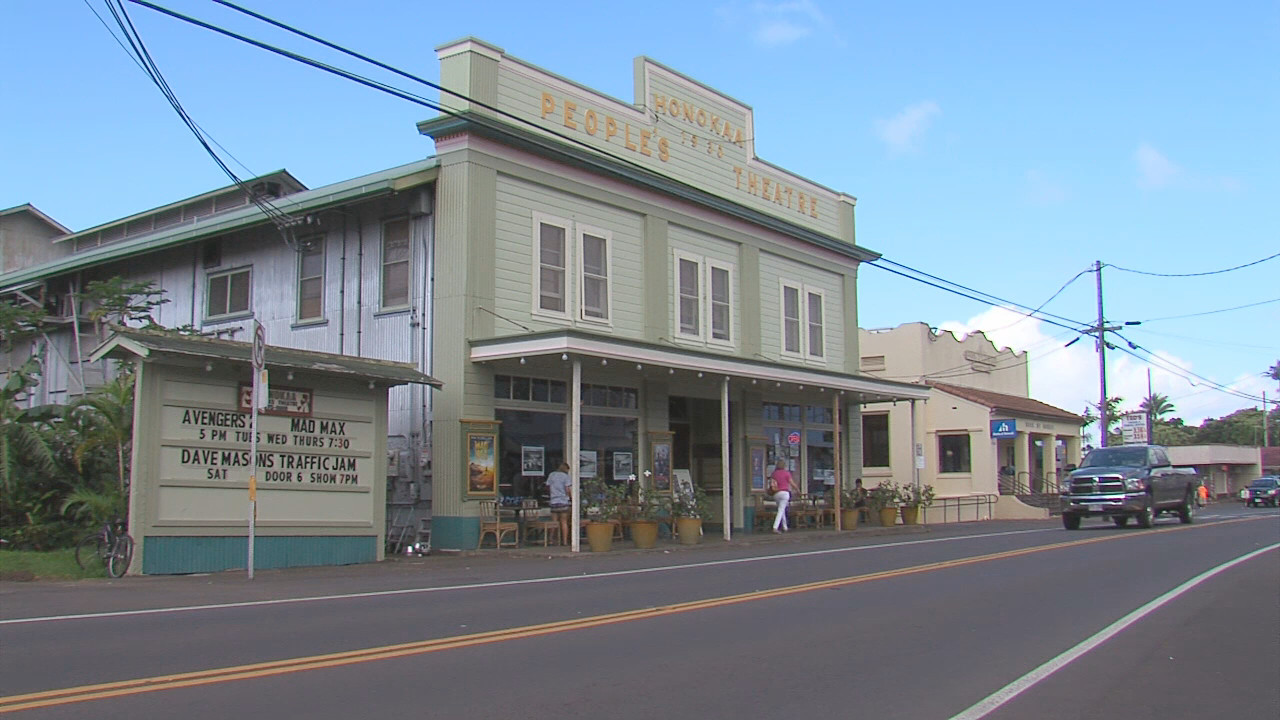 HONOKAA, Hawaii – Two Hawaii Island properties have made the National Register of Historic Places. The Department of Land and Natural Resoures says the Hotel Honoka‘a Club and Honoka‘a People’s Theatre, which were both added to the list in May of this year, are well-known and popular community locations in Honokaa.

Hotel Honoka‘a Club
The Hotel Honoka‘a Club, dating to about 1927, is a two story-wood frame commercial building located at 45-3480 Māmane Street in the historic plantation town of Honoka‘a. It is an example of “plantation” style of architecture and method of construction, with a main floor, a rear second story addition, and basement.

The hotel/club functioned as a local gathering place that provided guest accommodations for travelers and temporary sales space for the display of commercial samples and wares by traveling salesmen. It includes a dining room and bar facility which has served numerous local social occasions from the 1920s to the present.

It began as a social gathering place for large numbers of unmarried males seeking entertainment after a long day’s work. It became U.S. Department of the Interior hotel accommodations, resting place and headquarters for sales personnel/drummers who traveled the island peddling their wares. Its bar operations were boosted by lack of liquor establishments in nearby Waimea town, and the alcohol needs of World War II soldiers. Wedding receptions and high school gatherings at the Club have knit the Honoka‘a community together for generations.

Honoka‘a People’s Theatre
The Honoka‘a People’s Theatre also fronts Māmane Street, the main street traversing Honokaʻa, a town of almost 3,000 people. The classical revival building is characterized by its symmetric facade with pilasters, cornice and false front parapet. It sits on a concrete foundation, which is raised toward the rear, and has a corrugated metal, front facing, gable roof with overhanging eaves and exposed rafter tails. The Honoka‘a People’s Theatre has been a center of community life since its opening in 1930. Its ability to accommodate both live and moving picture entertainment has led to extensive use as a multipurpose facility. Generations of audiences and performers have here experienced ethnic dances, music festivals, plays, and cultural exhibitions. The theater has been a venue for political/economic speeches and rallies. Its size and facilities, as the largest theater on the island outside of Hilo, attract people to Honokaʻa.