WAIMEA, Hawaii - A bomb scare shut down a Waimea tow company and evacuated the surrounding neighborhood on Tuesday, Jan. 5. David McCollough, owner of Tow Guys, talks about the frightening experience in this video.

UPDATE: The suspicious device discovered at a Waimea tow business was disassembled late Tuesday night, and in a Wednesday media release police said it was determined that the contents were not explosive.

Police also apologize for the inconvenience caused to the 12 homes and their 21 occupants evacuated in the Nani Waimea subdivision, although “given the circumstances, it was the prudent thing to do.”

In the media release, police did not link the impounded car with the “Freedom Ride” event on Saturday, January 2. The vehicle was towed from Saddle Road that same day at police request under “Aliyah’s Law”, Tow Guys owner David McCollough said. In Hilo, police say they had two “Freedom Ride” vehicles towed under the same law. The West Hawaii Today reported that McCollough said the car towed from Saddle Road was “decked out with No Trespassing signs instead of license plates and statements associated with Freedom Ride in the windows.”

Hawaiʻi Island police are investigating an incident reported in South Kohala on Tuesday (December 5) by a local vehicle tow company.

At about 9:40 a.m. the tow company reported receiving a phone call from an individual about a car in the company’s possession. After taking a closer look, the owner of the tow company became very concerned about a device resembling a “pipe bomb” affixed to the front of the vehicle.

Responding officers confirmed the description given by tow company employees and conferred with U.S. Army Explosive Ordinance Disposal (EOD) personnel about the suspicious device. After reviewing photographs of the device, EOD personnel elected to fly to Waimea from Oahu, along with special agents from the FBI and the Bureau of Alcohol, Tobacco, Firearms and Explosives (ATF). Late Tuesday night the device was disassembled and it was determined that the contents were not explosive.

The investigation will be continued by detectives with the Police Department’s Area II Criminal Investigations Division with assistance from the FBI and ATF.

As a result of this incident, approximately 12 homes and their 21 occupants in the Nani Waimea subdivision were displaced while personnel worked to identify and safely disassemble the suspicious device. Police apologize for the inconvenience caused to those residents but, given the circumstances, it was the prudent thing to do.

Police ask anyone with information about the vehicle and/or the device to call the Police Department’s non-emergency line at 935-3311.

WAIMEA, Hawaii – A bomb scare shut down a Waimea tow company and evacuated the surrounding Nani Waimea neighborhood on Tuesday, Jan. 5th. David McCollough, owner of Tow Guys, talks about the frightening experience in the video above, provided by Visionary Video. 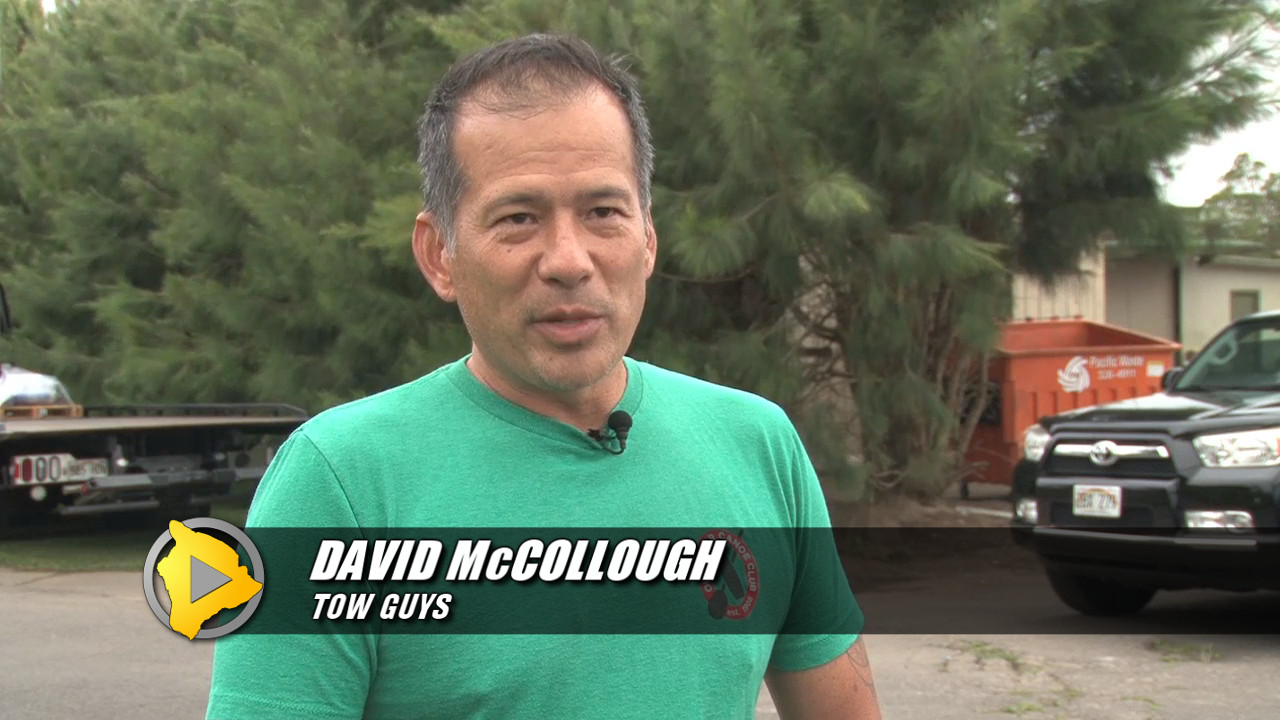