Ha stunned the state when he announced on his blog that he will be shutting down the farm. The decision comes as the Banana Bunchy Top Disease is migrating into Hamakua. Ha says the virus is already in the gulches nearby and has been spotted on six plants on his farm. The same disease ended Ha’s banana farming in Kea’au years earlier. But that’s not all.

“It’s all related to the price of oil,” Ha wrote. “As the oil price has risen, folks that could pass on the cost did, but farmers cannot. When the oil price dropped recently, the cost of fertilizer, plastic, all sorts of things that have oil petroleum costs embedded in their prices, didn’t come down with it. Those costs stayed up. The oil price will go back up again, and anticipating that we had to make a decision. It’s not that we’re going bankrupt – we’re not. We just need to do what we need to do before it gets to that point.”

Ha says a group that’s applying for a license to grow and distribute medical marijuana is interested in doing business with him. “When they first came to talk with me, I didn’t take it very seriously,” Ha wrote. “But in the last few weeks, it’s become pretty serious.”

For the above video, we spent some time with Ha on his farm, where he talked about his recent the decision to close down. 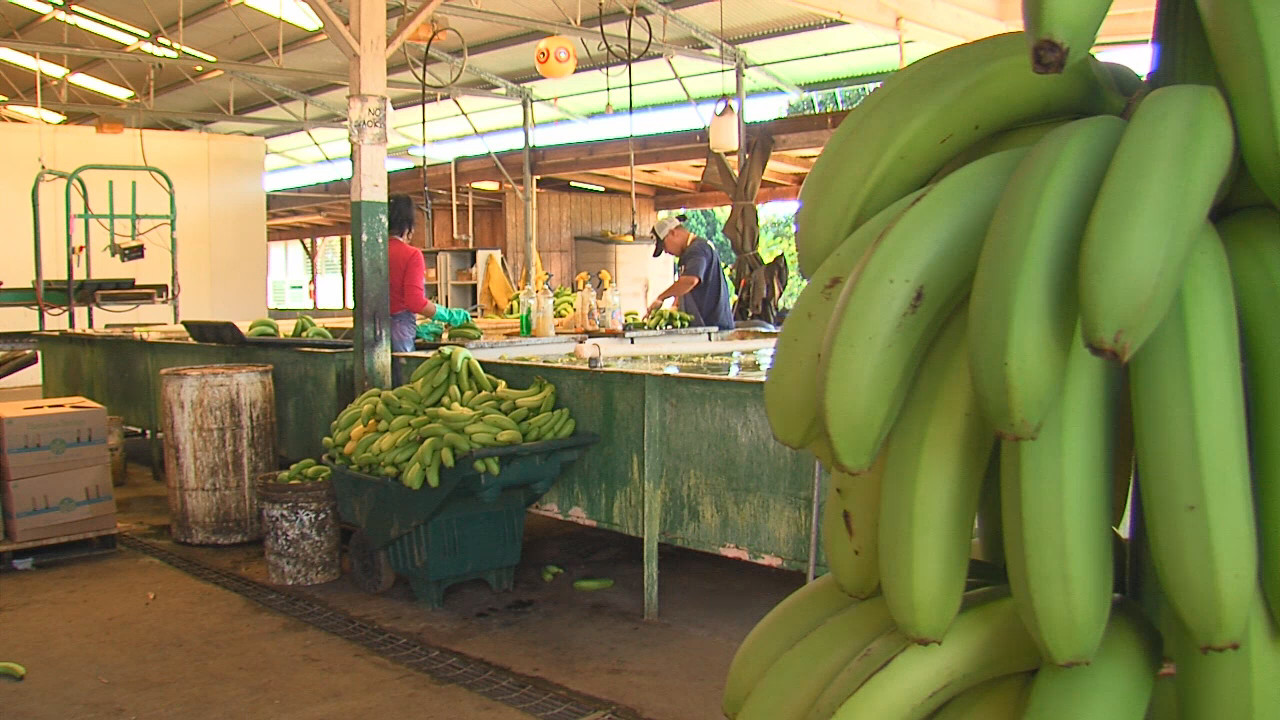