VOLCANO - The popular campground has been closed since last September for the removal of large, falling and hazardous non-native eucalyptus trees in the area, National Park officials say. 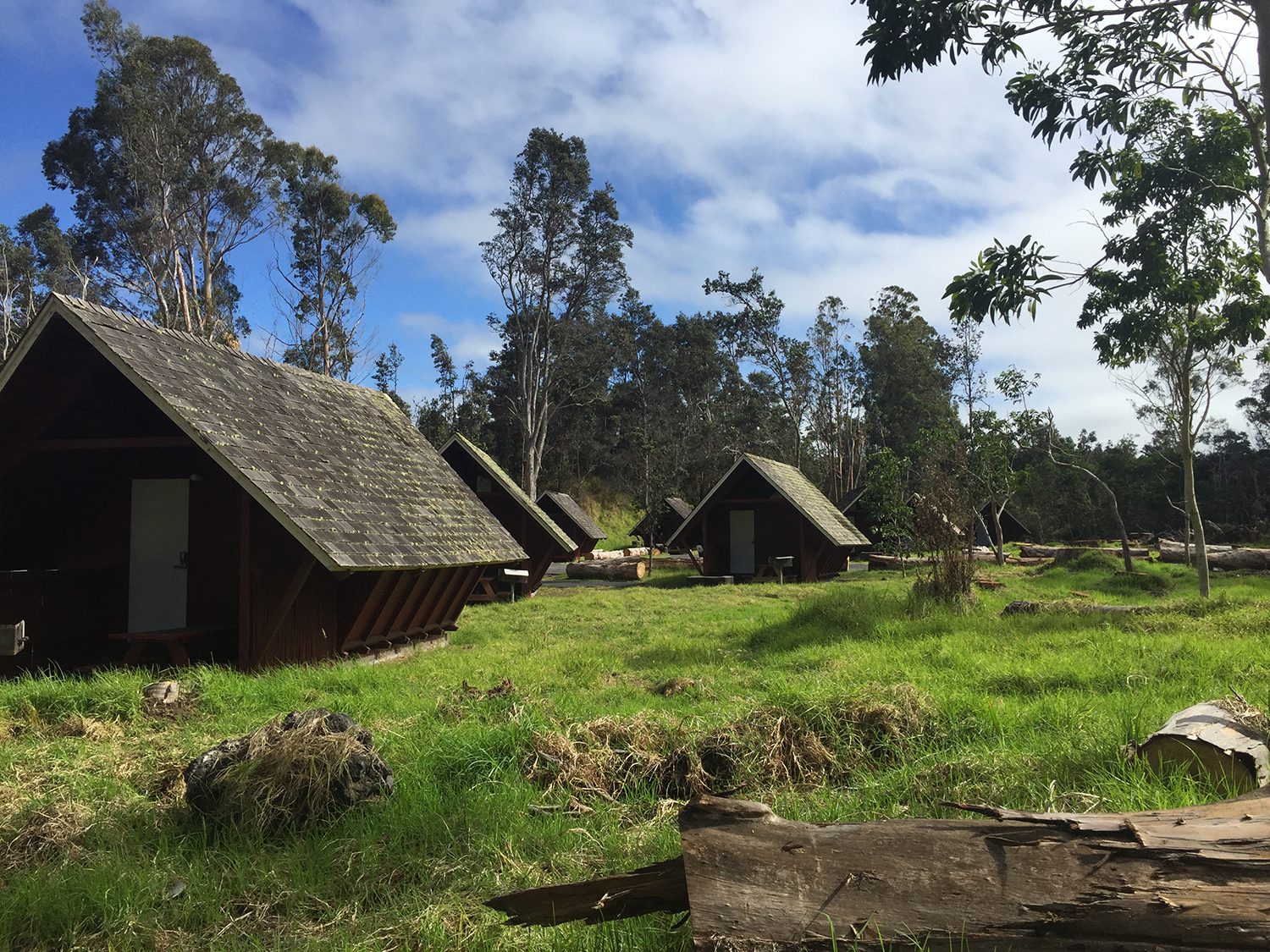 “Cabins in the clear” at Nāmakanipaio Campground, photo courtesy NPS.

12:13 p.m. – After this story was published, the National Park Service recalled the announcement of the reopening. Nāmakanipaio Campground will not reopen tomorrow, officials say, due to unforeseen circumstances with the electrical system. “Hopefully it will reopen in a week,” the Park Service wrote. “We apologize for the inconvenience.”

HAWAII VOLCANOES NATIONAL PARK – After being closed for 8 months due to fallen trees, the popular Nāmakanipaio Campground in Hawai‘i Volcanoes National Park will reopen Thursday, April 21.

The National Park Service says the Hawai‘i Volcanoes Lodge Company, which manages the campground under a concession contract for the park, will begin taking reservations immediately.

The popular campground was closed in September 2015 in order to remove large, falling and hazardous non-native eucalyptus trees in the area. Now that the hazardous eucalyptus trees have been removed, park officials say native tree species, including ‘ōhi‘a and koa, can flourish.

“We mahalo the public for their patience while we ensure the campground is safe again,” said Park Superintendent Cindy Orlando. “We are delighted to reopen Nāmakanipaio during National Park Week, and well ahead of summer.” 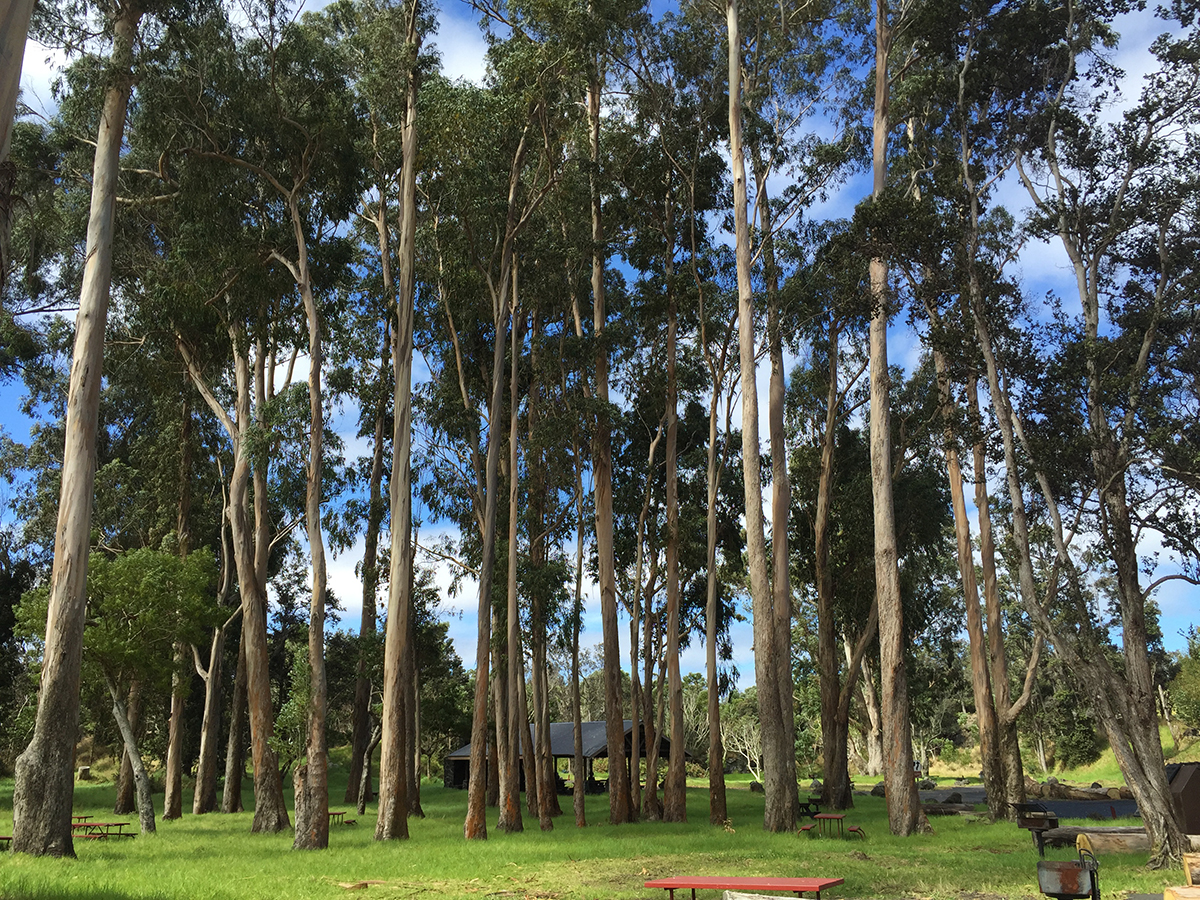 The eucalyptus grove remains intact at the pavilion. photo by NPS.

Nāmakanipaio, which officials now say “has a fresh light and open look during the day”, was established in the 1960s. The campground features drive-in campsites for tent camping, restrooms, showers, barbecues, and 10 rustic one-room A-frame cabins. The cabins feature bunk beds and can sleep four. Now that the trees have been taken care of, “Mauna Loa is again visible,” the park says, “and at night, campers can enjoy a wider view of the sky, illuminated by stars and the glow from the lava lake in Halema‘uma‘u Crater.”

The National Park Service says campsite rates for tent camping are $15 a night, and the A-frame cabins start at $80 a night ($50/nightfor Hawai‘i residents). To make reservations for Nāmakanipaio campsites or cabins, contact Hawai‘i Volcanoes Lodge Company at (808) 756-9625, or visit hawaiivolcanohouse.com. Park entrance fees of $15 per vehicle apply (good for seven days). 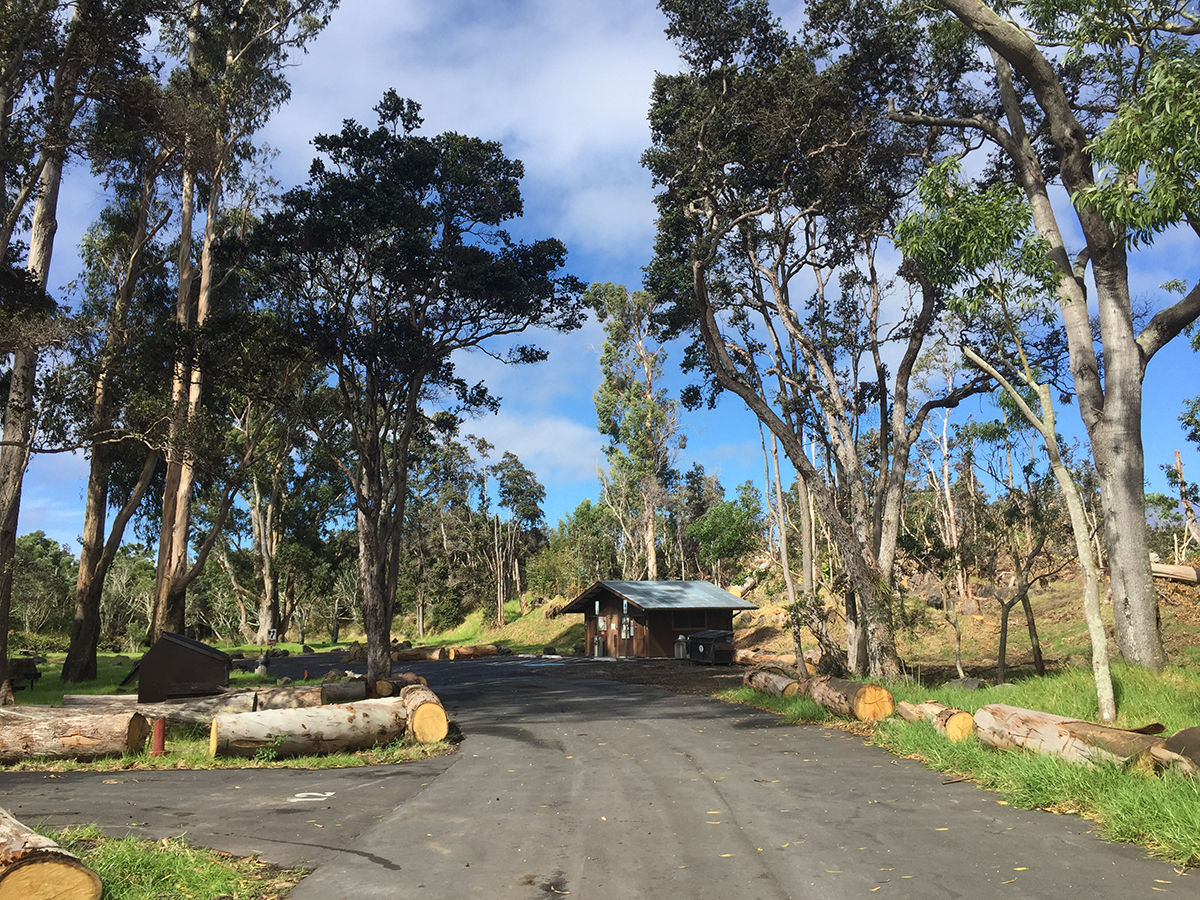 The road to tent camping sites and pavilion, photo by NPS.