KAPA'AU (BIVN) - The county says it no longer plans to remove trees at Kamehameha Park, yet many in the Kohala community remain upset over the felling of 11 large trees, just weeks before the annual celebration in honor of the king. 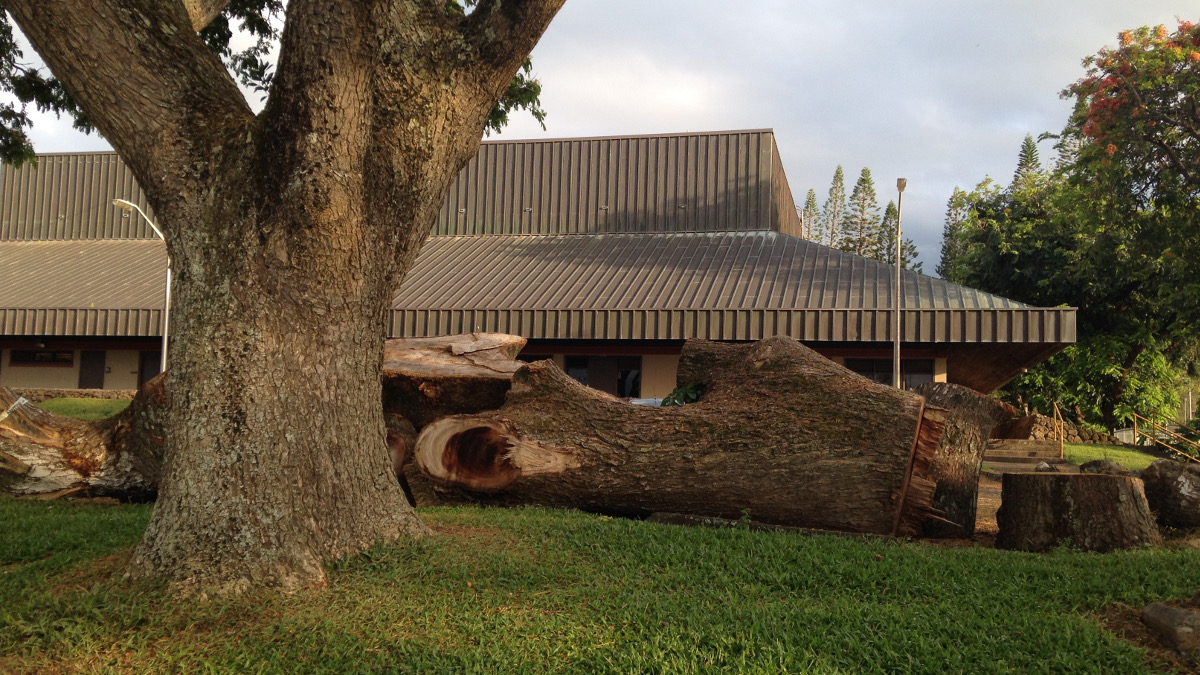 One of the cut trees at Kamehameha Park, photo provided by Coert Olmsted and Lisa Andrews.

KAPA’AU, Hawaii – With Kamehameha Day in North Kohala just days away, community groups remain upset that several large trees were cut down at the park that hosts the annual Kamehameha Day ho’olaule’a.

To the outrage of many, 11 trees were cut down a few weeks ago, allegedly without proper community input beforehand. 8 were treasured monkeypod trees said to be close to half a century old. County officials said they removed the trees because the roots and branches were threatening infrastructure. Residents say they should have been trimmed and that some of the removals were unnecessary.


On June 1, once again a large number of Kohala residents expressed their frustration in public testimony before the Hawaii County Council.

Hawaii County Councilwoman Margaret Wille said County Parks and Rec officials assured her no more trees would be cut down. However, many in the Kohala community remain upset. Some are even skeptical about the county’s promise to leave the remaining trees alone, and have vowed to fight any further removal. A few even said they would risk arrest or climb high into the trees, spending their days and nights there, in order to protect trees that are still standing.

Residents around Hawaii Island are reporting large tree removals in other public areas, leading some to speculate on whether its all a coincidence or part of a coordinated effort.