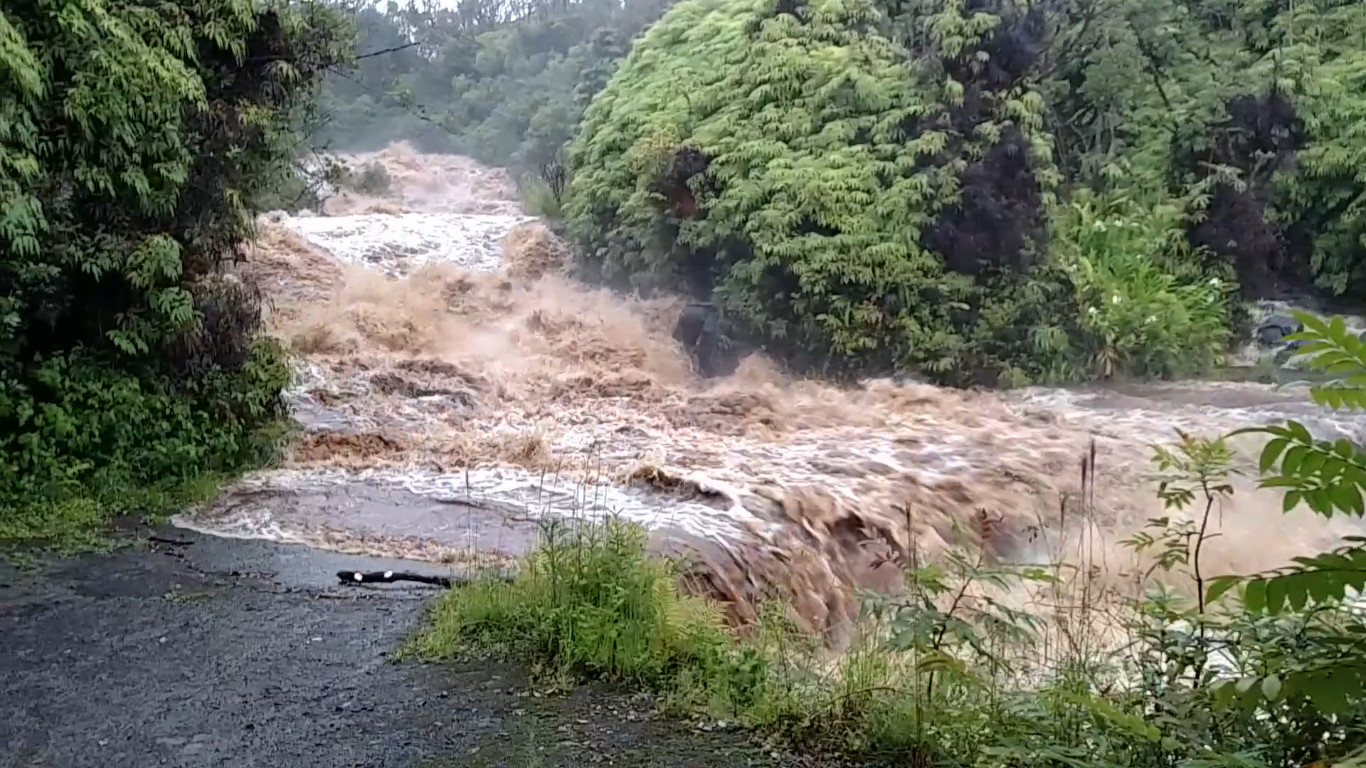 HAKALAU - Seven people were rescued at Hakalau Beach Park, as a Flood Advisory was issued for the North Hilo / Hamakua region earlier in the day. All seven were found and rescued.

HAKALAU, Hawaii – Seven people were nearly swept out to sea at Hakalau Beach Park on Monday, as the Hamakua Coast was saturated by heavy rains.

The Hawaii County Fire Department responded to the beach park just after 5 p.m., after a “fast flowing river” had overtaken the victims. Rescue crews were unable to get a visual on the victims from land, but a county helicopter was able to locate the victims. Two rescue swimmers were deployed and the seven victims were extricated to land by the helicopter.

All the victims are accounted for, fire crews say. No emergency medical service was needed at the scene.

The National Weather Service issued a Flood Advisory for the North Hilo / Hamakua region earlier in the day. At about 5:30 p.m., radar detected downpours between Laupahoehoe and Ookala. Locations of the advisory included but were not limited to Honomu, Ninole, Pauuilo and Hakalau.

Island resident Christian Kay was cut off from his home as rushing waters flooded the roadway. Kay posted the video to Facebook. An image taken from Kay’s video is above the article.