HILO (BIVN) - 38-year-old Faylana Fromm was arrested Wednesday, after she allegedly stabbed her boyfriend the night before. Police say she lived with him in a tent in the woods off Wainaku Avenue.

HILO, Hawaii – A 38-year-old woman was arrested Wednesday, after she allegedly stabbed her boyfriend with whom she lived with in a tent in the woods off Wainaku Avenue.

Faylana Fromm was arrested for attempted murder in connection with the stabbing that took place Tuesday evening (July 19).

“In response to an 8:52 p.m. call,” police reported, “officers responded to the brush area off Wainaku Avenue and determined that a 48-year-old man had been stabbed on the right side of his body by his girlfriend, who was living with him in a tent.”

Polcie say the victim was taken to Hilo Medical Center for treatment of his injuries and is in stable condition.

Fromm is being held at the Hilo police cellblock while detectives from the Criminal Investigations Division continue the investigation. 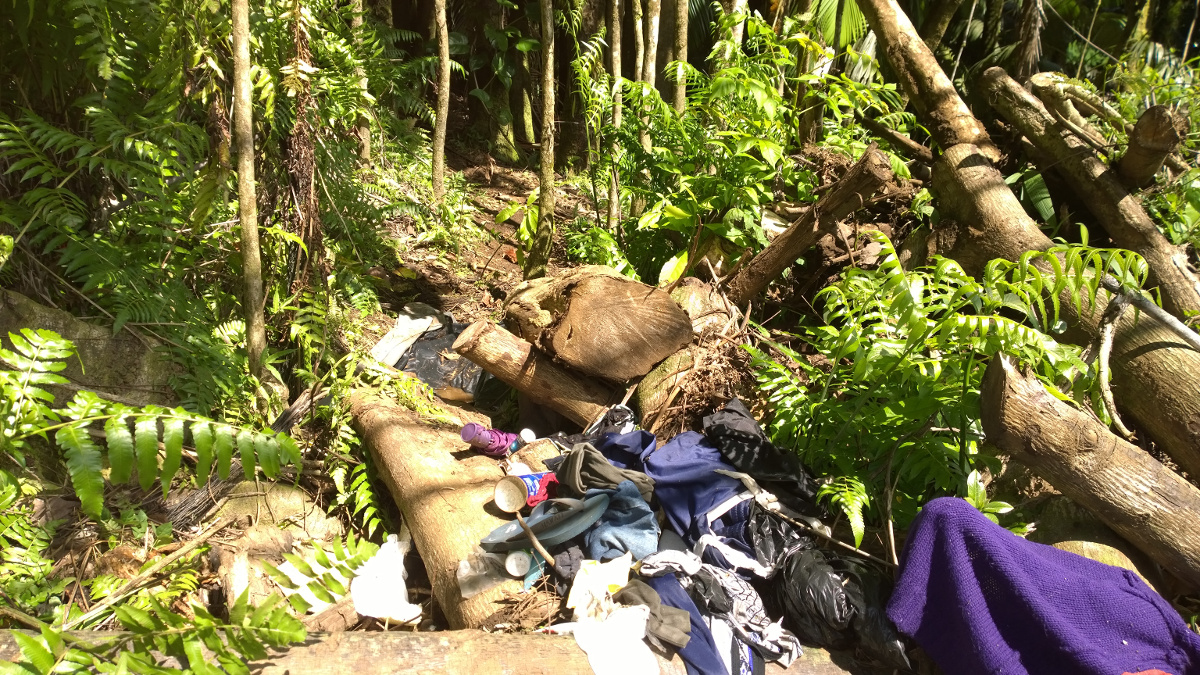 The scene of the reported stabbing in the woods off Wainaku Avenue, photo courtesy Daryl Lee.

On Wednesday, police detectives were working the bloody scene located mauka of Wainaku Street, up a muddy trail into the jungle. It was apparently the location of a campsite.

Police ask anyone with information about this incident to call the Police Department’s non-emergency line at 935-3311 or contact Detective Jesse Kerr at 961-8843 or jesse.kerr@hawaiicounty.gov. Tipsters who prefer to remain anonymous may call the islandwide Crime Stoppers number at 961-8300 and may be eligible for a reward of up to $1,000. Crime Stoppers is a volunteer program run by ordinary citizens who want to keep their community safe. Crime Stoppers doesn’t record calls or subscribe to caller ID. Crime Stoppers information is kept confidential.