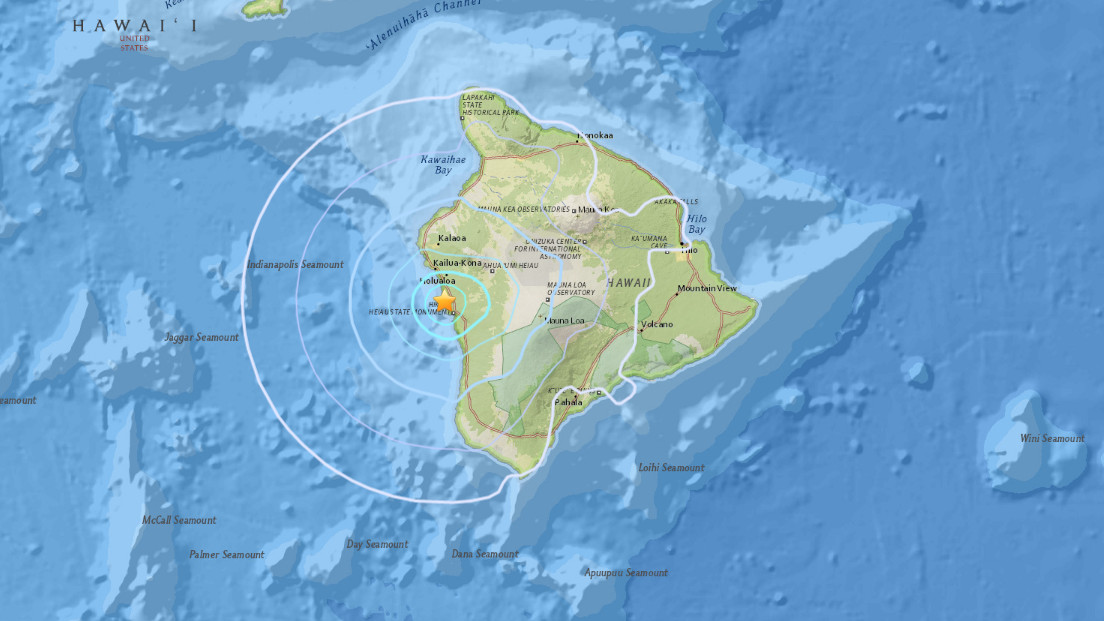 CAPTAIN COOK (BIVN) - Scientists say the earthquake had no apparent effect on Kīlauea Volcano's ongoing eruptions, but the occurrence was eerily similar to a quake that happened just before Hurricane Iselle in 2014.

CAPTAIN COOK, Hawaii – Tropical Storm Darby is heading directly for Hawaii Island, but the storm was beaten to the punch by an earthquake centered in South Kona.

The U.S. Geological Survey’s Hawaiian Volcano Observatory reports a magnitude-4.3 earthquake beneath the Island of Hawaiʻi on Friday, July 22, 2016, at 9:16 p.m., HST.

The Pacific Tsunami Warning Center determined that no damaging tsunami was generated. There have been no reports of damage.

The earthquake was centered about 3.3 miles northwest of Captain Cook at a depth of 7.1 miles. More than 400 people felt the quake, mostly in Kona, and submitted reports within one hour of the event.

USGS said one small aftershock was recorded as of 10:30 p.m.

According to HVO’s Scientist-in-Charge, Christina Neal, the earthquake had no apparent effect on Kīlauea Volcano’s ongoing eruptions.

During the past 30 years, USGS says there have been 3 earthquakes, including tonight’s event, with magnitudes greater than 4.0 and at depths of 3–9 miles in the Kealakekua area of West Hawaii. “Earthquakes at this depth off the west coast of the Island of Hawaiʻi are typically caused by abrupt motion on the boundary between the old ocean floor and the volcanic material of the island,” scientists say, “and are not directly tied to volcanic activity.”