HAWAII VOLCANOES NATIONAL PARK (BIVN) - Today the 61g lava flow burned its way over the coastal emergency road insuide the National Park as it heads towards the ocean.

John Tarson of Epic Lava provided a video update from the flow field, as well as a few photos. “It was totally awesome down there today,” Tarson wrote, “the kind of thing that made you feel like the world wasn’t totally screwed up or something… it was epic.”

The lava has only a short way to go before it once again enters the ocean, which last occurred in August 2013. Tour groups like Lava Ocean Adventure Tours are ready to go, starting up their sunrise and sunset visits by sea.

The lava flow extending southeast of Puʻu ʻŌʻō has slowed down in recent weeks after an speedy charge down the Pulama pali. The flow front stalled and remained about .4 miles from the road that was hastily carved out of hardened lava in 2014 to connect Chain Of Crater Road with Kalapana, providing residents with a way in and out of lower Puna in case Highway 130 was destroyed by the June 27 lava flow. The June 27 lava flow is now dead, and the current 61g flow is heading towards the ocean. 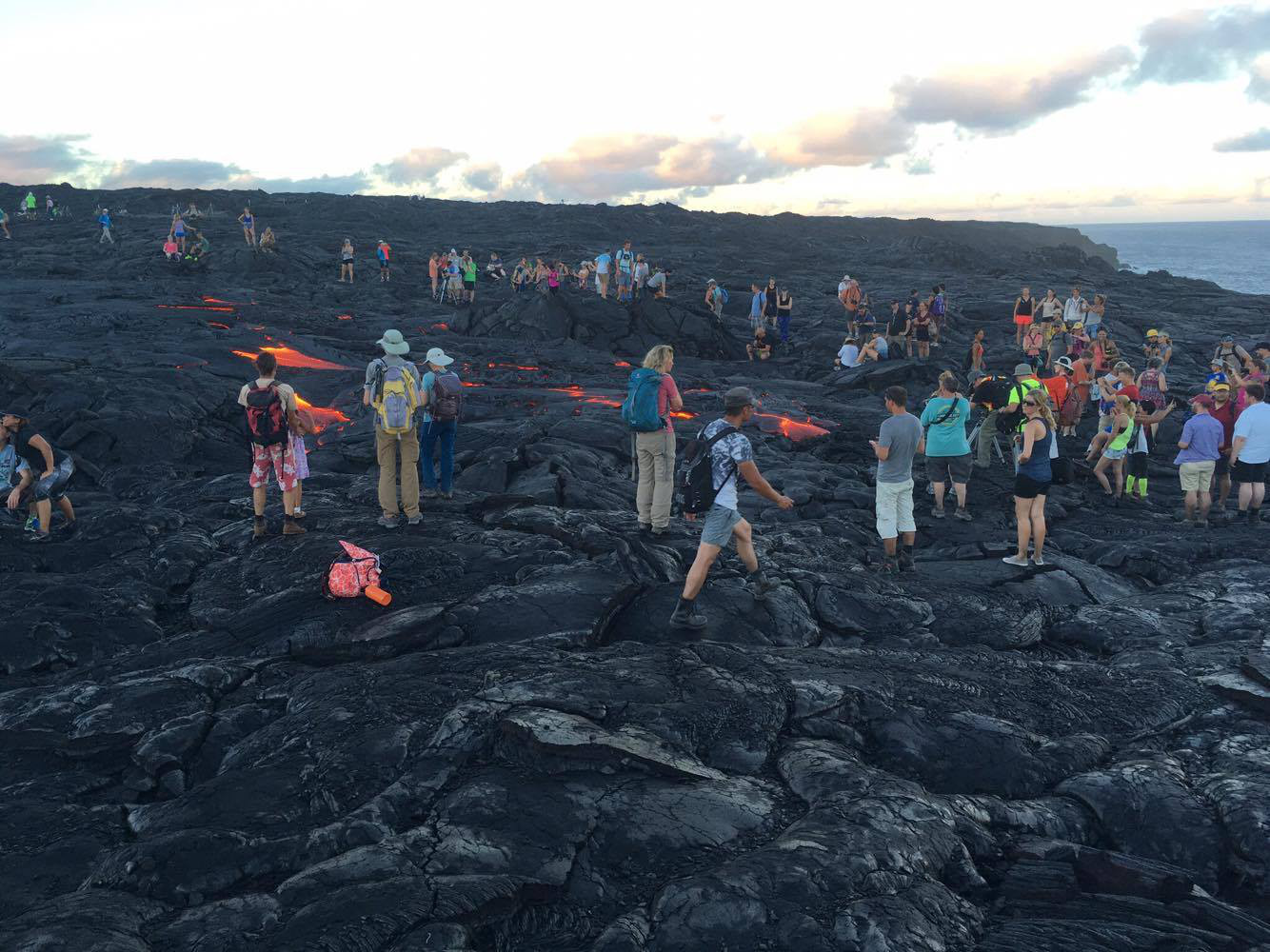 A crowd gathers around the distal tip of the 61g lava flow as it crosses the road en route to the ocean. Photo by John Tarson of Epic Lava.

“Join park rangers, staff, volunteers and partners at the Kīlauea Visitor Center (KVC) at 9 a.m. for Hawaiian music by Kenneth Makuakāne,” the national park said on its Facebook page, a post that was unrelated to the lava fow.

There will also be “lava cookies” donated by KTA Superstores, also celebrating their 100th anniversary this year.

Starting at 11 a.m., the Hawai‘i Island Hawksbill Turtle Project team will share their latest discoveries about endangered honu‘ea, the Friends of Hawai‘i Volcanoes National Park will give away native plants to local residents, there will be Hawaiian cultural demonstrations and more.