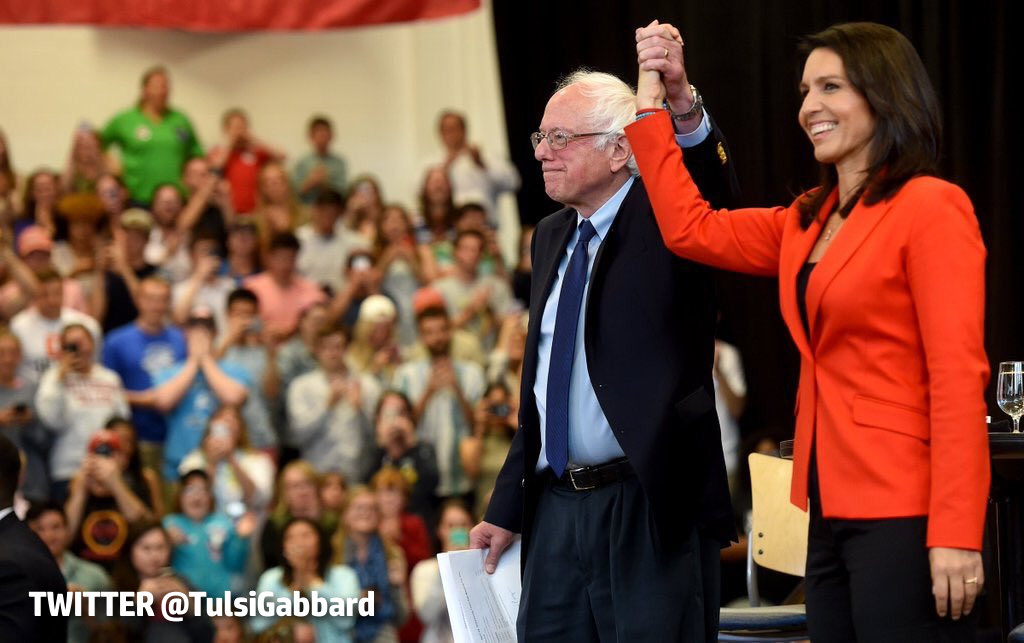 PHILADELPHIA (BIVN) - Tulsi Gabbard, who resigned as Vice Chair of the Democratic National Committee to support Bernie Sanders, said she is proud to nominate her friend.

Gabbard will deliver a speech in support of his nomination at 11 a.m. HST / 5 p.m. EST prior to the official roll call vote.

“Proud to have the opportunity today to nominate my friend @BernieSanders at the DNCC,” Gabbard tweeted on Tuesday.

Hillary Clinton is expected to end up the official nominee. Sanders has endorsed Clinton – his rival for the Democratic Party nomination – yet there is still vocal support for the Sanders campaign among a passionate faction of Democrats.

In February, Gabbard resigned as Vice Chair of the Democratic National Committee so that she could endorse Sanders to be the next President of the United States. In the presidential preference poll, Hawaii’s Democratic Party went with Sanders, too. On the Big Island, voters went with the Vermont Senator in a landslide 5,605 votes to Clinton’s 1,639. Sanders won every single precinct in each of the seven districts. But Clinton ended up winning the requisite delegates nationwide to become the presumptive nominee.

The 2016 Democratic National Convention opened with reported chaos Monday, as attendees were still divided between the Clinton and Sanders camps. Sanders’ pleas to his supporters for unity went somewhat unheeded; they instead booed Clinton’s name during speeches given early on the first day of the event. However, by the end of the night – and especially after noteworthy speeches by First Lady of the United States Michelle Obama followed by Sanders himself – the party may already be mending.