HAWAII VOLCANOES NATIONAL PARK (BIVN) - Paradise Helicopters charts a course over the lava ocean entry, which appears to have been given a name by scientists at the USGS Hawaiian Volcano Observatory. 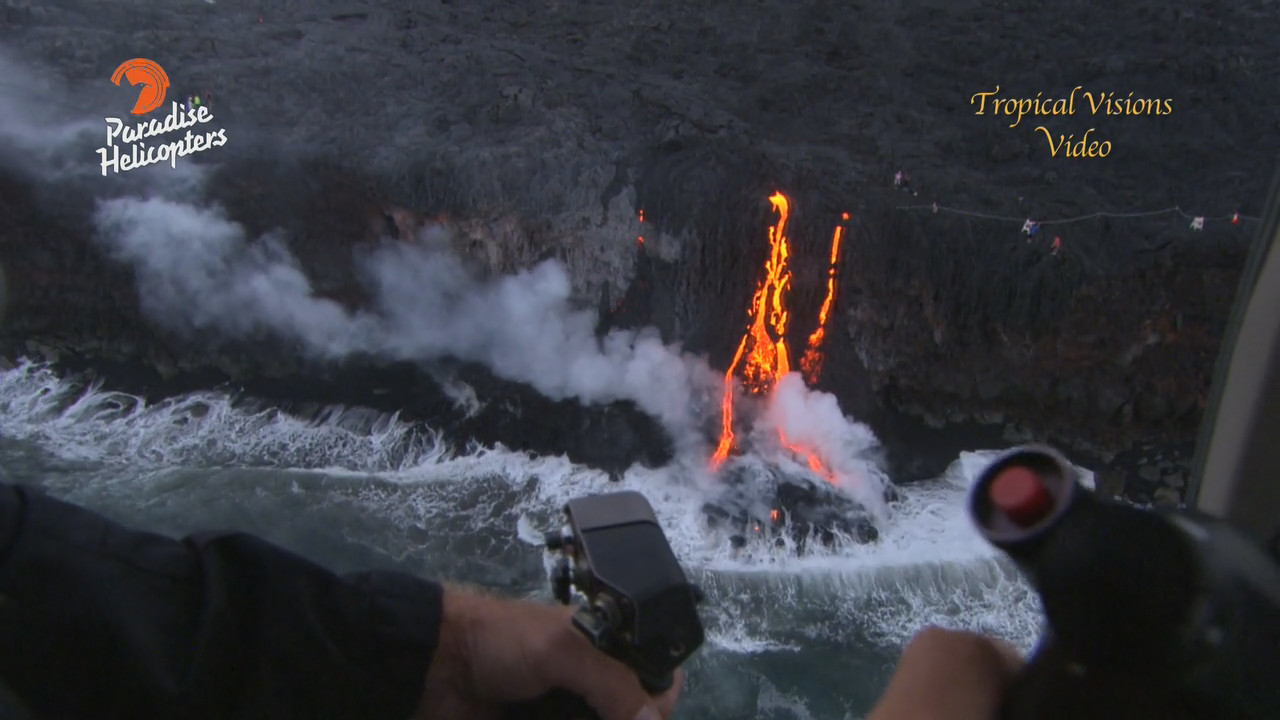 HAWAII VOLCANOES NATIONAL PARK – The lava ocean entry continues on Hawaii Island, and appears to have been given a name.

Scientists with the USGS Hawaiian Volcano Observatory referred to the event as the Kamokuna ocean entry in a photo posted to its website Wednesday night.

The lava flow itself – which originates 5 miles away from the flank Puʻu ʻŌʻō – is known as the 61g flow, informally named after the USGS system that keeps track of the changing volcanic activity on Kilauea volcano’s East Rift Zone. 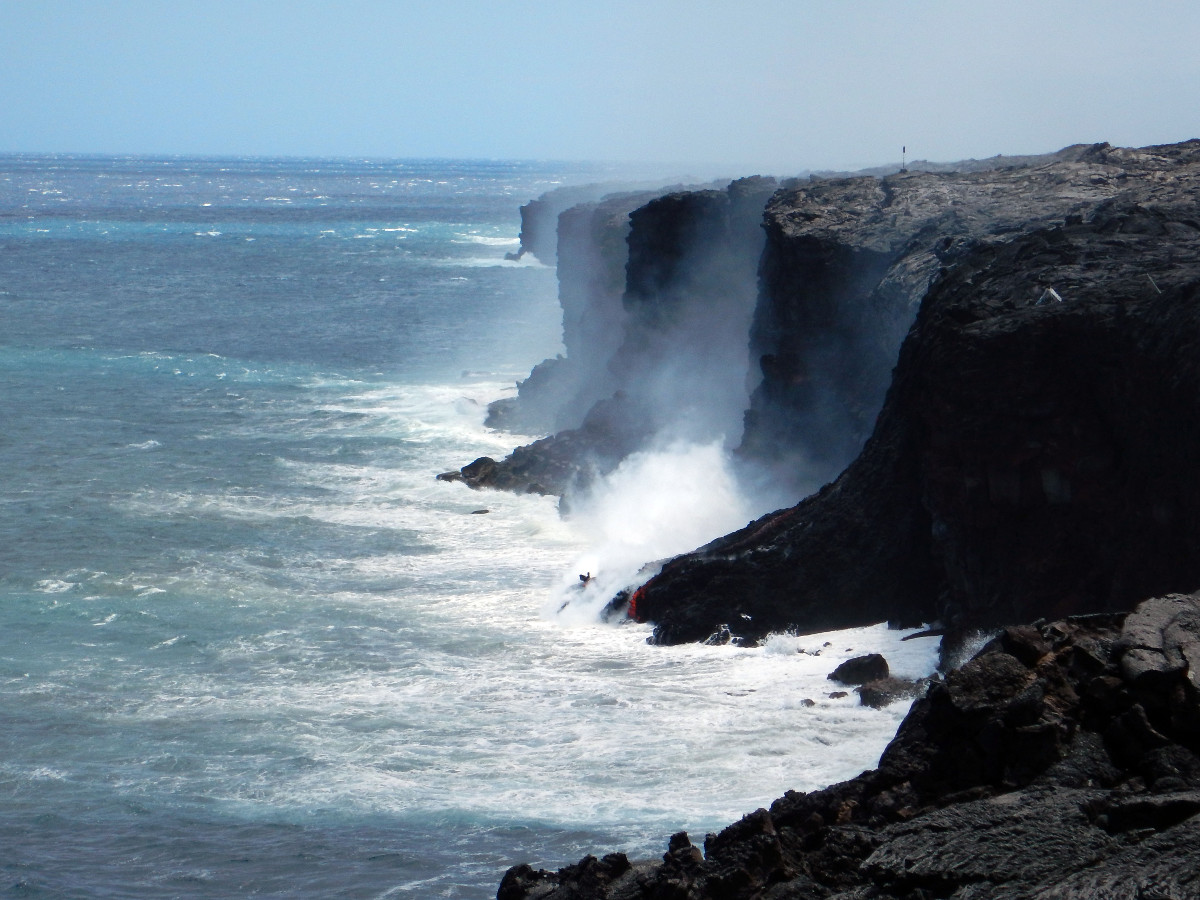 “Pele has once again reunited with her sister Na Maka, the Goddess of the Sea!” declared videographer Mick Kalber following a Paradise Helicopters overflight on Wednesday.

Kalber’s view from above provided a comprehensive look at the Kamokuna ocean entry and the surrounding flow field, where dozens of visitors congregated by land (some closer to the cliff than authorities would recommend) and by sea on lava tour boats.

The lava is within the boundary of the Hawaii Volcanoes National Park. “As a strong caution to visitors viewing the new ocean entry,” the USGS has been warning, “there are additional significant hazards besides walking on uneven surfaces and around unstable, extremely steep sea cliffs. Venturing too close to an ocean entry exposes you to flying debris created by the explosive interaction between lava and water. Also, the new land created is unstable because it is built on unconsolidated lava fragments and sand. This loose material can easily be eroded away by surf causing the new land to become unsupported and slide into the sea. Finally, the interaction of lava with the ocean creates an acidic plume laden with fine volcanic particles that can irritate the skin, eyes, and lungs.”