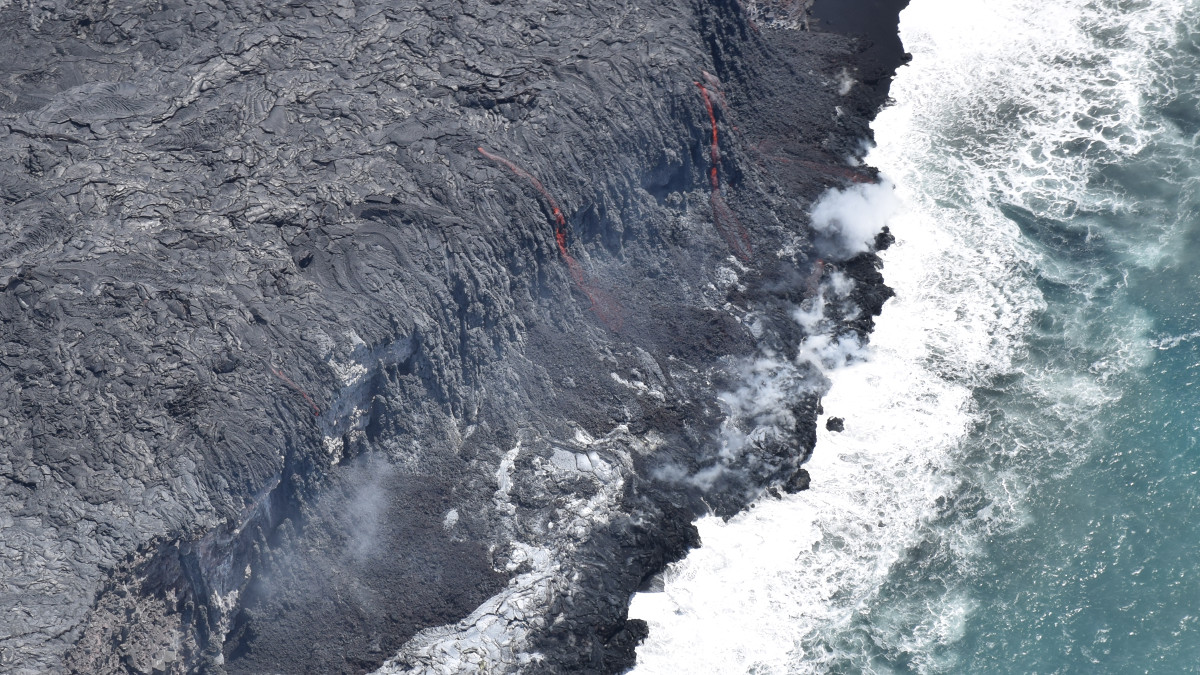 HAWAII VOLCANOES NATIONAL PARK – The lava ocean entry that began on July 26 is widening and is building new land.

The Kamokuna entry is where the 61g lava flow from Puʻu ʻŌʻō meets the Pacific Ocean, and is within the boundaries of the Hawaii Volcanoes National Park. Since it first started five days ago, the area where the lava spills over the cliff into the sea has grown to span 787 feet.

Scientists with the USGS Hawaiian Volcano Observatory observed two entry points on Friday, seen in the photo below. 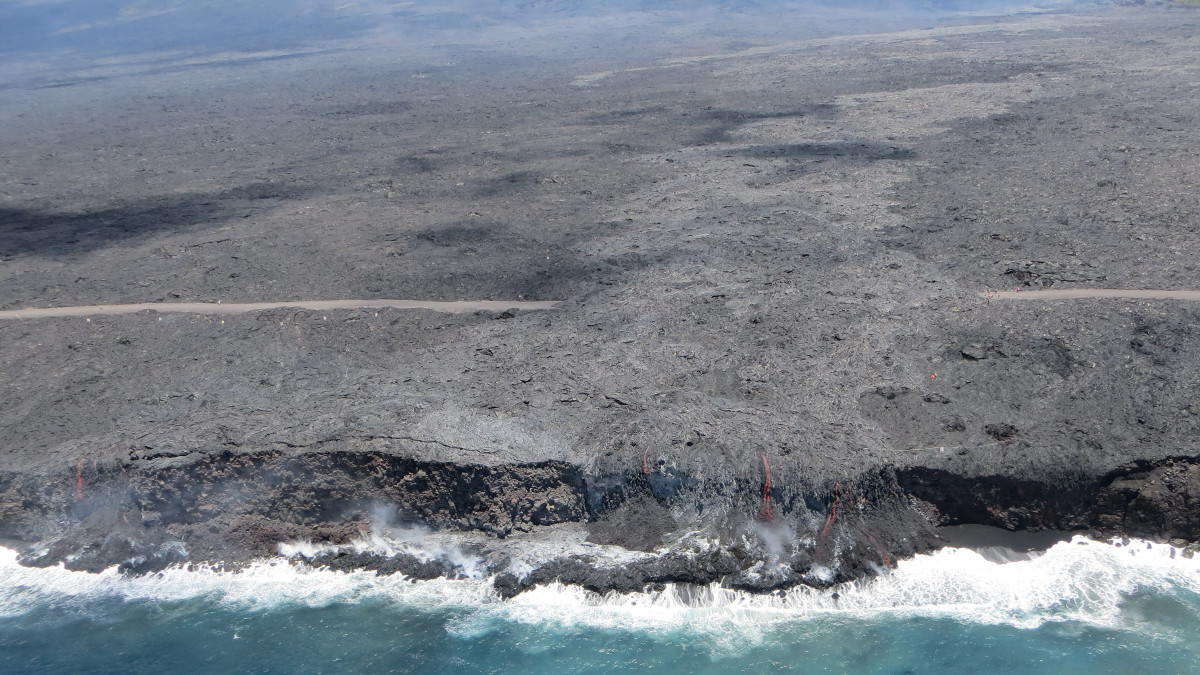 This USGS photo shows the two entry points observed Friday: the original one, where lava first entered the ocean on July 26 (near center of photo), and a smaller one to the west (far left side of photo).

The ocean entries are adding lava to the rubble at the bottom of the sea cliff, scientists say.

A new “beach” is beginning to form below the cascading lava, as well. Black sand, “formed by the interaction of hot lava and cool seawater as well as by wave erosion of the rocky cliff,” scientists say, is accumulating along the coastline. 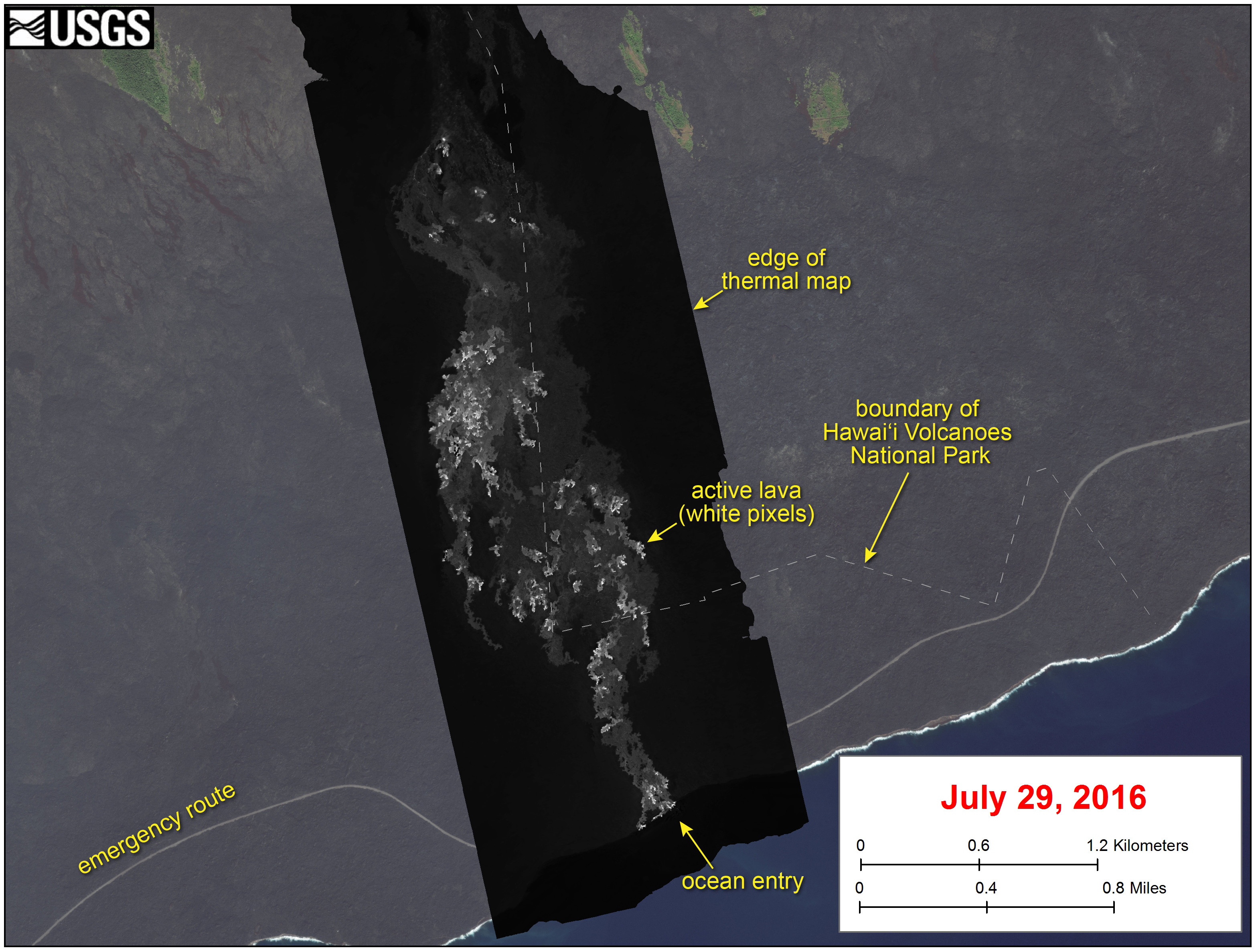 This USGS image shows a thermal map of the flow on the pali and coastal plain, created from airborne thermal images. White pixels are hot, and show areas of active surface breakouts. The background image is a satellite image collected before the current lava flow was active. The thermal map shows scattered pāhoehoe breakouts on the coastal plain, with a narrow lobe of lava crossing the gravel road and extending to the ocean.

Worldwide attention was actually directed mauka, away from the ocean entry in the last day or so, thanks to the remarkable image of what looked like a smiley-face in a lava lake near the Puʻu ʻŌʻō vent. The footage, recorded by Mick Kalber aboard Paradise Helicopters, went viral on social media and TV newscasts.