HAWAII ISLAND – The Flood Advisory for the Island of Hawaii remains in effect until 7:30 p.m. HST as heavy rain and thunderstorms continue.

At 4:36 p.m. HST, the National Weather Service says radar showed heavy rain over the leeward area of the Big Island, mainly north of Kailua-Kona, as well as along windward and southeast slopes.

Heavy showers – some falling at rates of 2 inches per hour – are expected to continue through the evening, forecasters say.

Hawaii County Civil Defense reported debris on roadways in Waimea due to high runoff from earlier heavy rainfall. Videographer Lynn Beittel saw it firsthand, and recorded the video above.

We had a very intense thunderstorm in Waimea at about 3 PM and it dropped a load of rain in a short amount of time… I went downstairs to get some additional (video) and realized that our carport, which is at the bottom of our driveway, had four inches of water and our downstairs was about to flood. I put down my camera and started sweeping. At the end there are shots of the raging creek next to our house.

Weather forecasters are warning residents to “stay away from streams, drainage ditches and low lying areas prone to flooding. Rainfall and runoff will also cause hazardous driving conditions due to ponding, reduced visibility and poor braking action.”

“Do not cross fast flowing or rising water in your vehicle, or on foot,” the NWS says. “Turn around, don`t drown.” 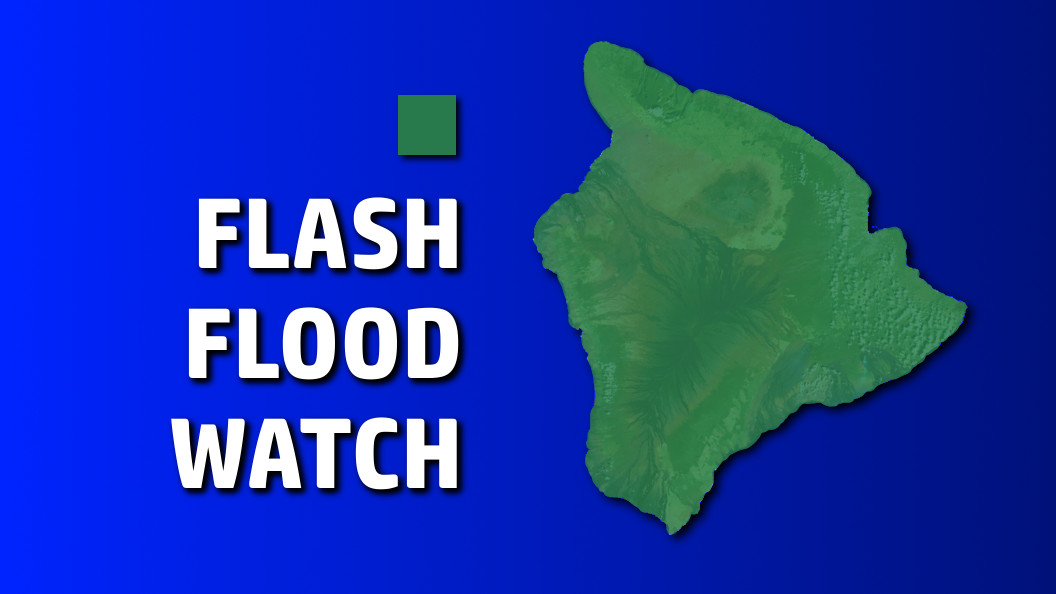