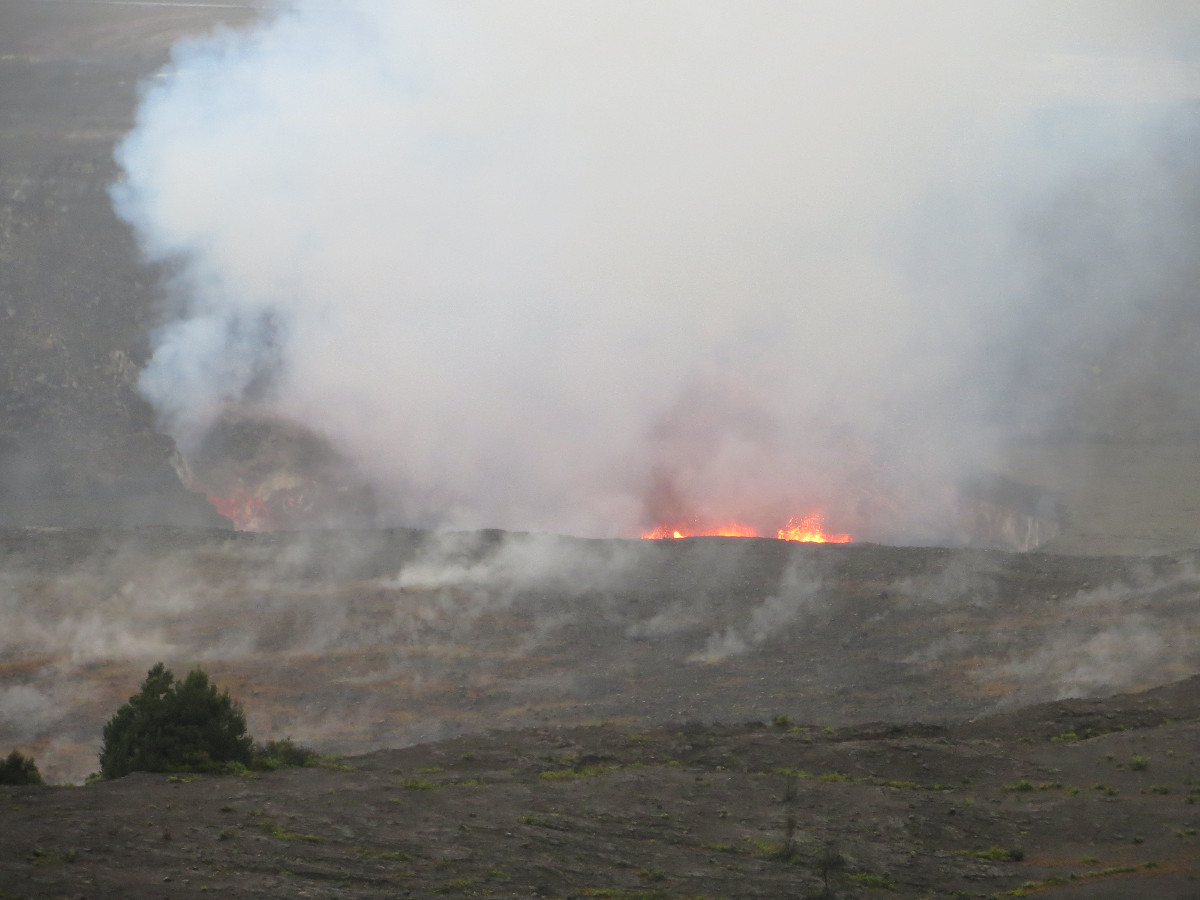 Kilauea Lava Lake Rises To Highest Level In Over A Year

HAWAII VOLCANOES NATIONAL PARK (BIVN) - The inflation continues this morning, and the lava lake has gotten higher. The surface is now 66 feet below the crater rim.

HAWAII VOLCANOES NATIONAL PARK – The lava lake is up within the Halemaʻumaʻu Overlook crater at the summit of Kilauea volcano, and yesterday it put on a show for visitors to Hawaii Volcanoes National Park.

Scientists with the USGS Hawaiian Volcano Observatory measured the lava lake at 92 feet below the vent rim Tuesday morning, putting the vigorous spattering on the lake surface into view from the Jaggar Museum Overlook.

“Because of calm winds,” scientists noted in today’s volcano update, “noise associated with the spattering could be heard from the Jaggar Overlook—amidst the occasional rumble from weather-related thunder.” 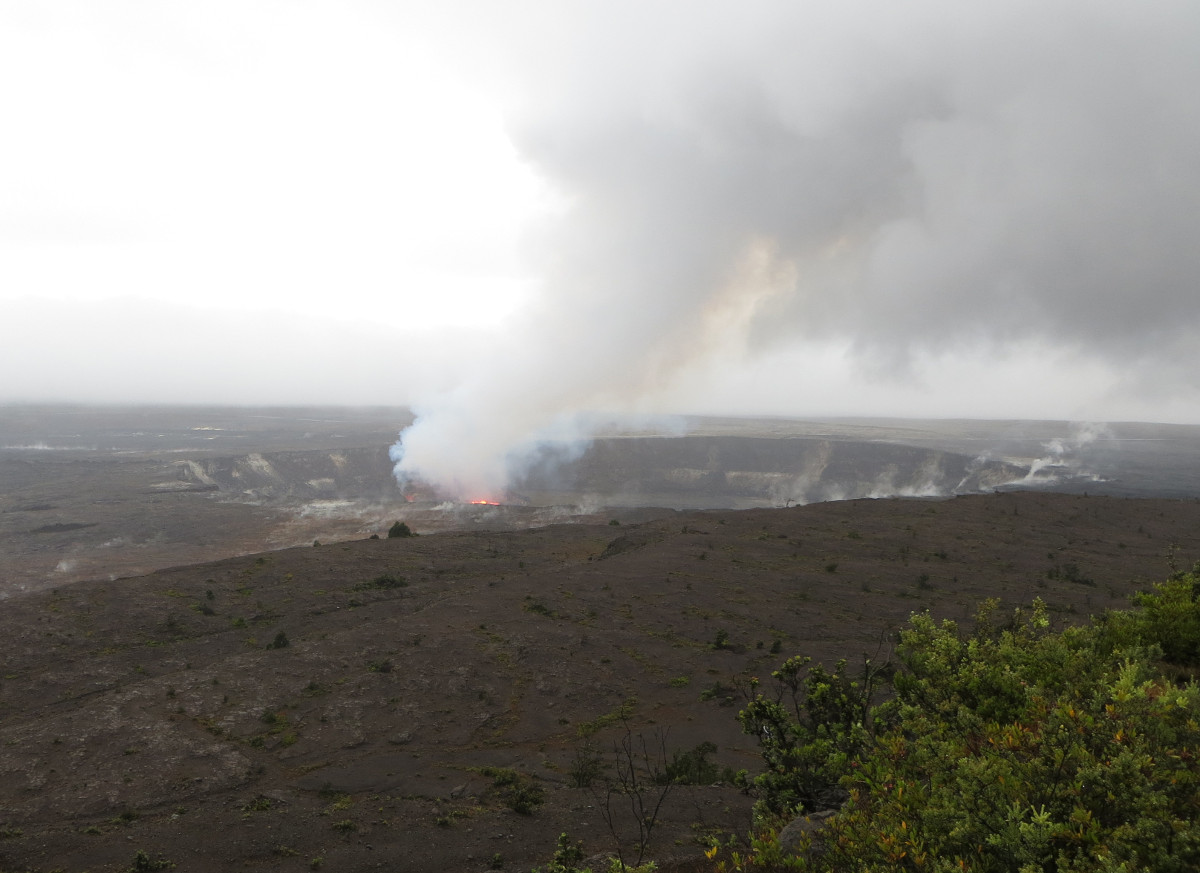 The rise of the lava lake is in concert with inflationary tilt, which began Sunday afternoon.

The inflation continues this morning, and the lava lake is even higher. The surface is now approximately 66 feet below the crater rim, and “is among the highest measured levels of the lake since May 2015,” scientists say.

If the inflation continues for another day or two, the spectacle will coincide with the HVNP celebration of 100th anniversary of the National Park Service, beginning on Friday. 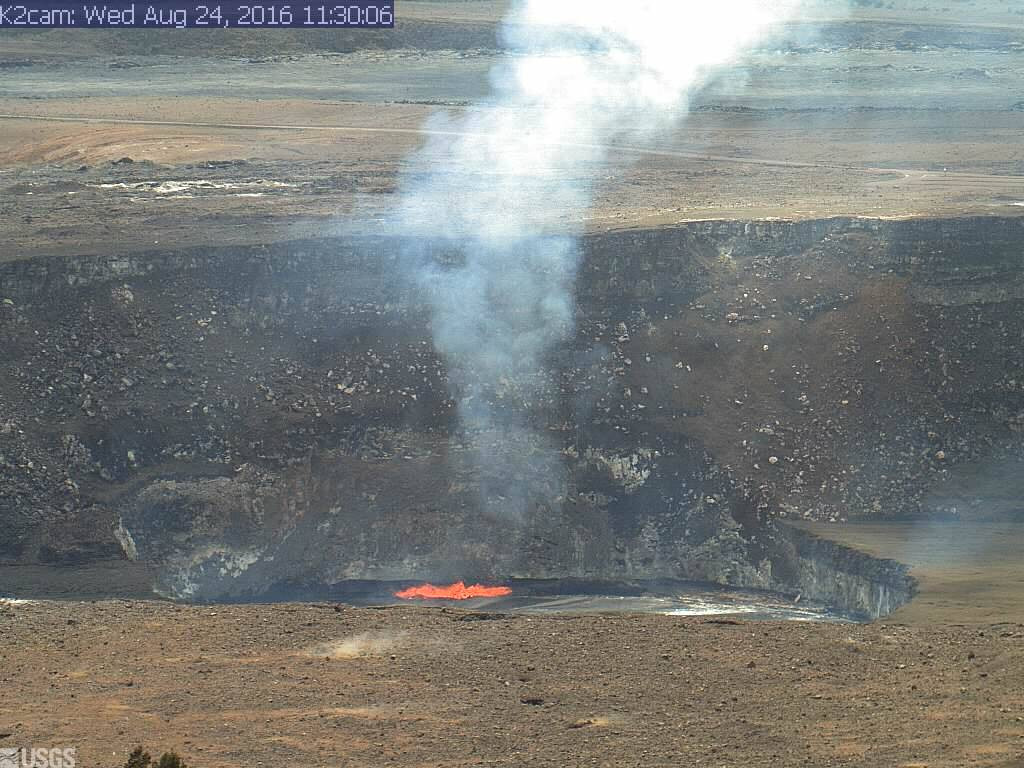 (USGS webcam photo) This is the view of the summit from a USGS webcam, taken today.