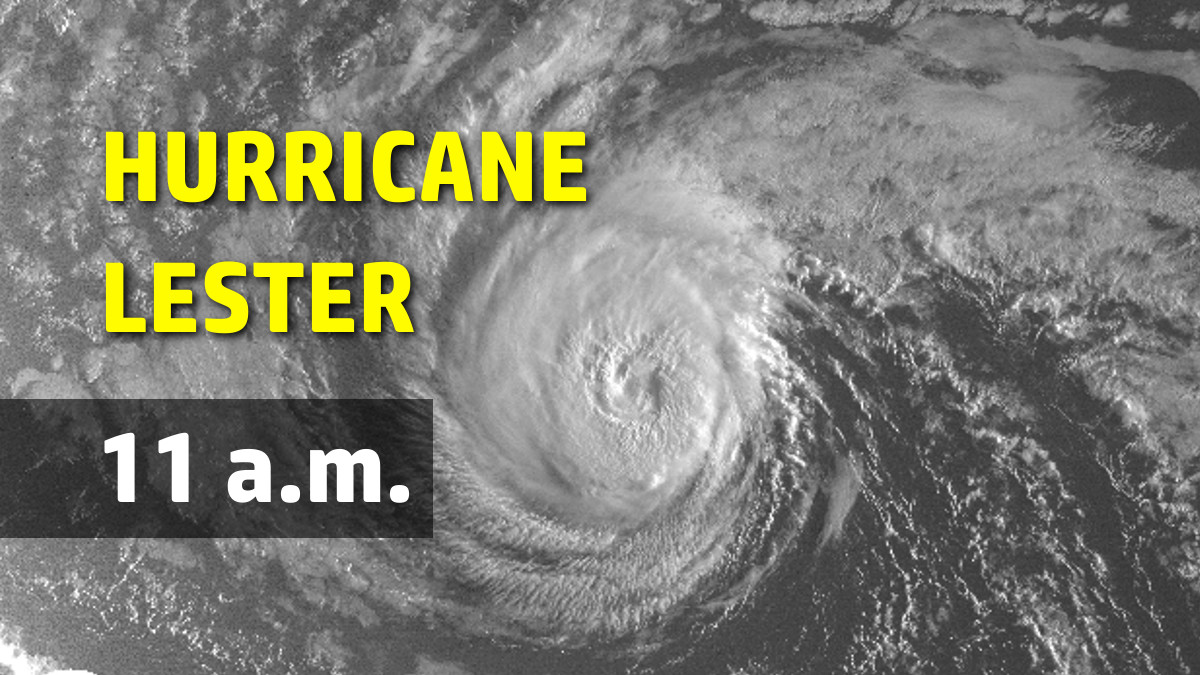 Hurricane Lester Strengthens As It Moves Towards Hawaii

HILO (BIVN) - A Hurricane Watch is typically issued 48 hours before the anticipated first occurrence of tropical storm conditions, which make outside preparations difficult or dangerous. 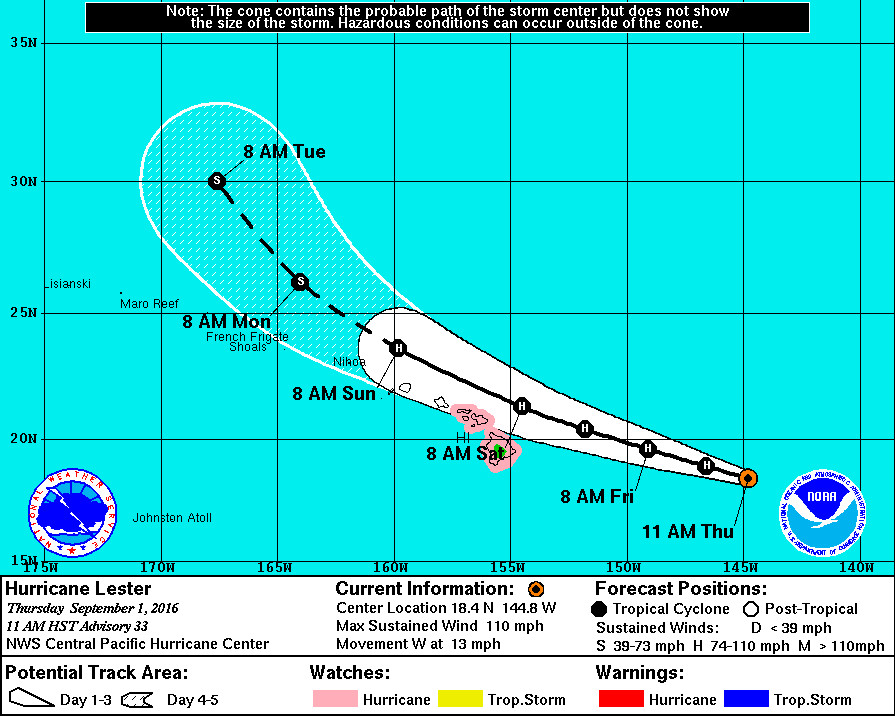 HAWAII ISLAND – A Hurricane Watch remains in effect for Hawaii and Maui Counties, as strong-category 2 Hurricane Lester got a little stronger since the 5 a.m. update.

Although gradual weakening of Lester is forecast during the next 48 hours, the hurricane became a little stronger this morning, with maximum sustained winds up from 105 mph to 110 mph, with higher gusts.

The eye of Hurricane Lester has become better defined this morning, and deep convection has intensified around the center as Lester has moved over a small pocket of slightly warmer SSTs of about 27C. This has occurred in spite of modest southeasterly wind shear of 10 kt, according to UW CIMSS, that has restricted outflow somewhat in the eastern portion of the system. Dvorak current intensity estimates are all up and range from 5.0 out of SAB to 5.5 from HFO, JTWC, and CIMSS ADT. A recent CIMSS SATCON estimate came in at 97 kt. Given the improved satellite presentation and these data, the current intensity will be raised to 95 kt for this advisory, and this may be conservative.

The re-intensification of Lester, which forecasters expected to be short lived, allows the NWS to get a better understanding of the exact location and direction of the hurricane.

The re-emergence of the eye has led to improved confidence in the center location, and the initial motion is set at 275/11 kt. Lester is moving westward along the southern flank of a deep anticyclone parked to the north, while an upper level trough sits over Hawaii. This upper level trough will produce a weakness in the steering ridge that is expected to cause Lester to make a gradual west-northwestward turn during the next three days and a turn to the northwest thereafter. The official track has changed little from the prior advisory and runs near the TVCN and operational GFS along the middle of the guidance envelope, with the ECMWF remaining to the right of the official track. A Hurricane Watch remains in effect for the Big Island (Hawaii County) and Maui County. It would take only a small leftward shift in the track to directly and profoundly affect the state, and watches could be expanded to other islands later today or tonight. This possibility must be considered when making preparations over the next couple of days.

A Hurricane Watch is typically issued 48 hours before the anticipated first occurrence of tropical storm conditions, which make outside preparations difficult or dangerous.

Officials say hurricane conditions are possible over Hawaii and Maui counties on Saturday. Swells generated by Lester will start to build over east facing shores today and Friday. Surf will peak this weekend, becoming very large and damaging along east facing shores.

Heavy rains associated with Lester may reach Hawaii and Maui counties on Saturday, and may affect other Hawaiian Islands later Saturday and Sunday, forecaster say.