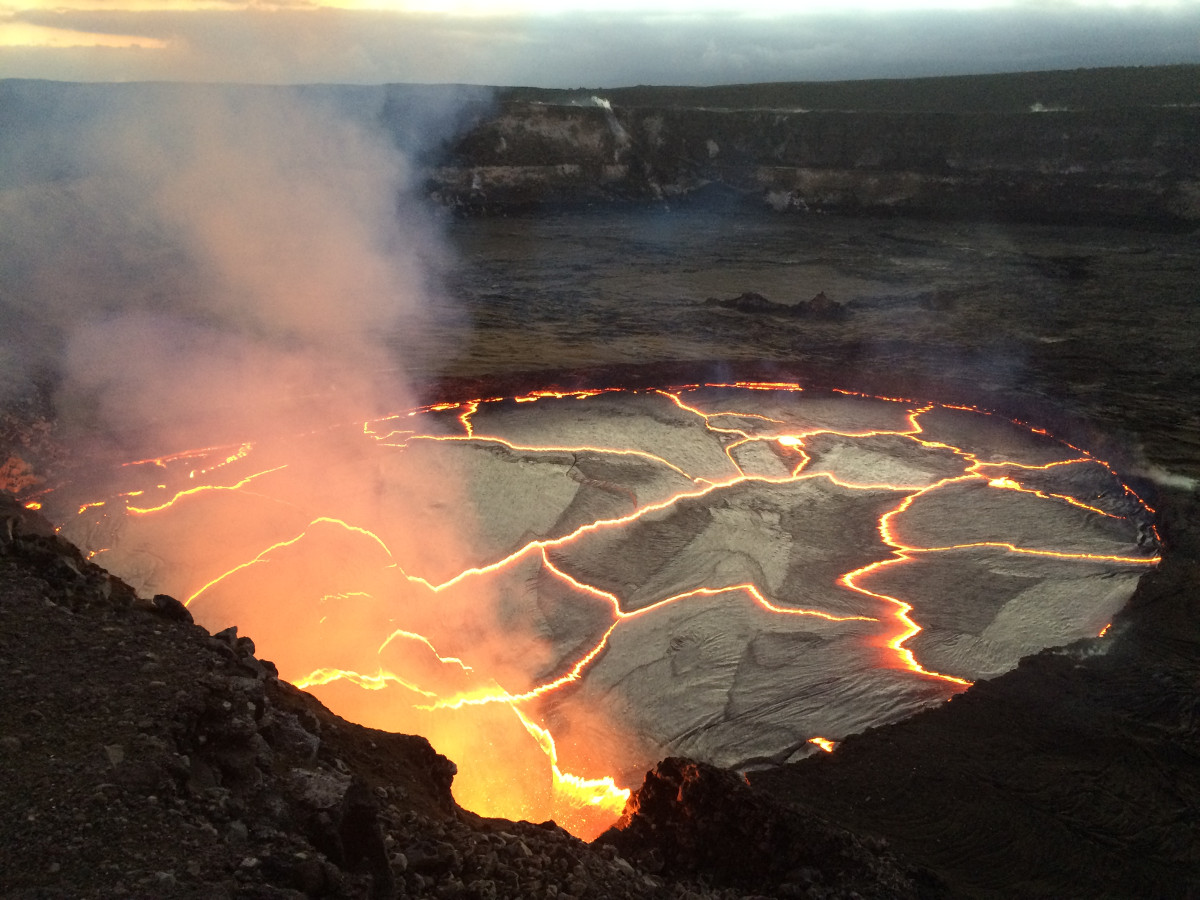 HAWAII VOLCANOES NATIONAL PARK (BIVN) - Two magnitude 3.1 earthquakes rattled near the summit as the lava lake rises to its highest level since May 2015. 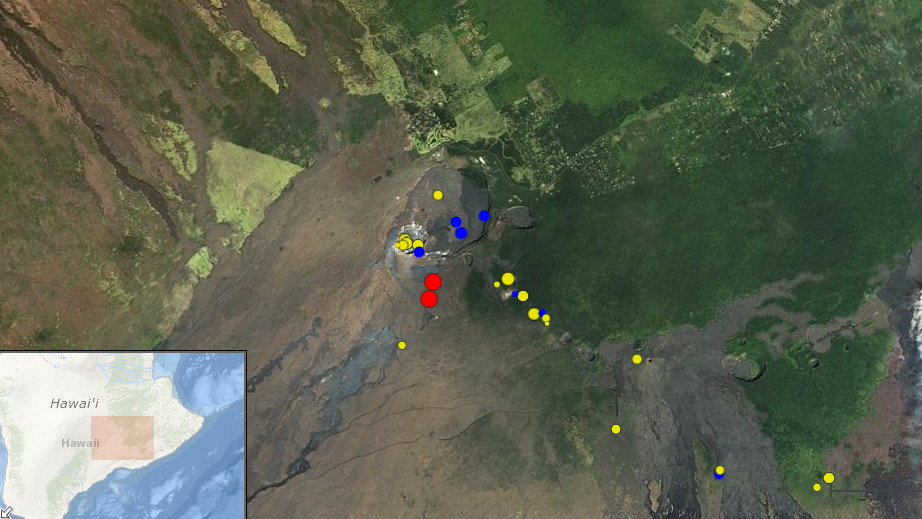 HAWAII VOLCANOES NATIONAL PARK – The lava lake within the Halemaʻumaʻu Overlook vent on the summit of Kilauea volcano has risen to its highest level since May 2015, and earthquakes are on the rise in vicinity.

Two magnitude 3.1 earthquakes rattled near the summit at 3:50 p.m. HST, a little more than 10 seconds apart. The quakes join a handful of other temblors recorded in the area of the Kilauea summit starting just before noon on Saturday.

The rise in the summit lav a lake is in tandem with continued summit inflation, scientists with the USGS Hawaiian Volcano Observatory stated in a morning update.

“The high lava level increases the possibility of rock-fall-triggered explosions capable of showering the Halemaʻumaʻu rim above the lake with molten lava,” the USGS wrote.

The lava lake has risen substantially over the last few weeks, rising and falling with the inflation and deflation of the summit’s deformation, but maintaining an overall high level.

It is possible the lava lake could overflow its rim, as it did in April 2015. There was also elevated seismicity in the summit area at that same time.

Webcam views of the lava lake can be found on the USGS HVO webpage. 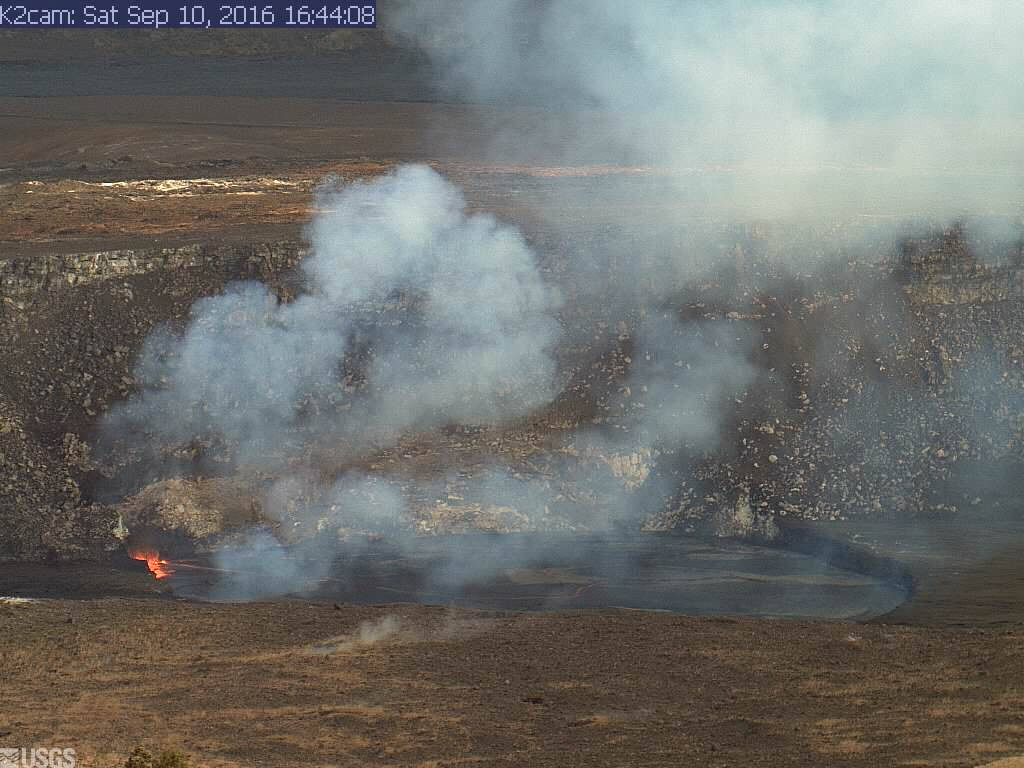 View of the lava lake from an HVO webcam taken just before 5 p.m. HST.