HAWAII VOLCANOES NATIONAL PARK (BIVN) - "It is likely that the summit will begin to inflate, and the lava lake will begin to rise again, sometime today," scientists noted. 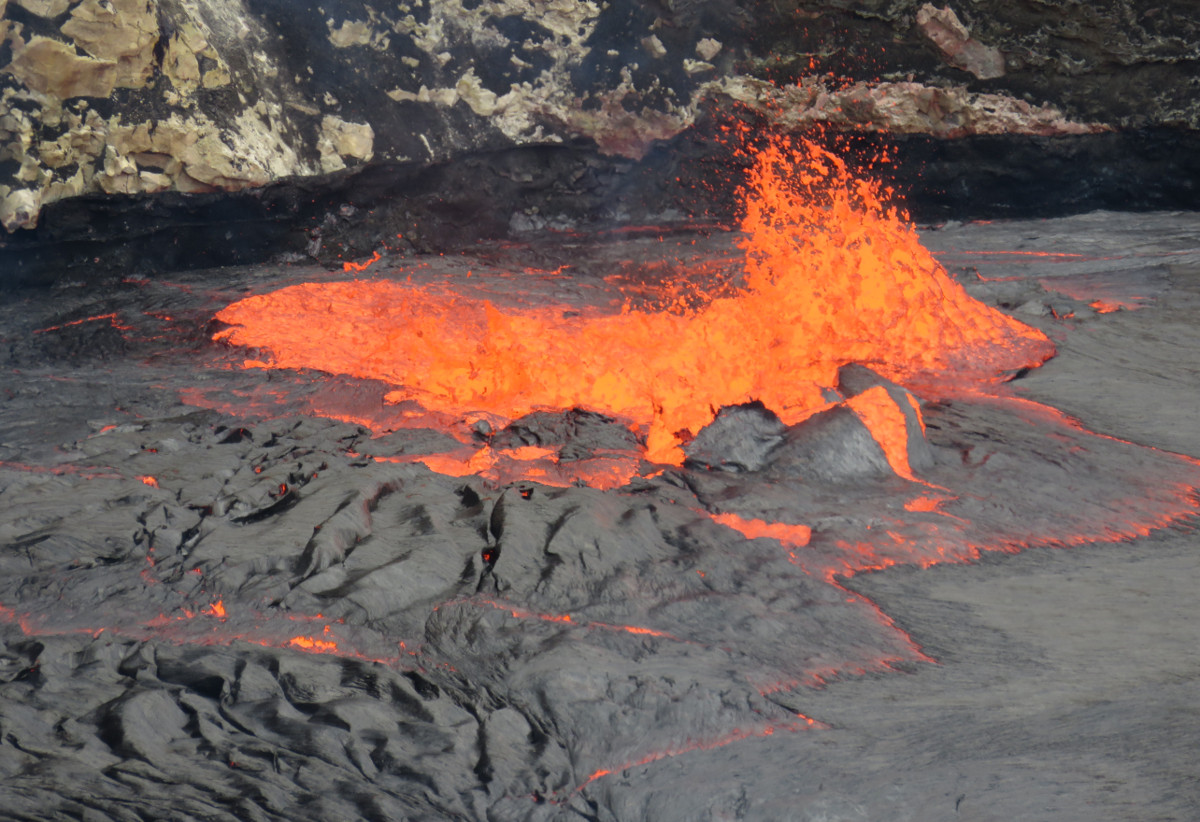 (USGS photo) Zoomed in view of the spattering at the south edge of the lava lake. Note the black high-lava mark from this morning on the wall just behind the spattering.

HAWAII VOLCANOES NATIONAL PARK – After an “exceptionally high” lava level at the summit of Kīlauea volcano on Saturday, inflation switched to deflation late yesterday afternoon and the lava lake dropped.

Deflation continued overnight and stopped this morning, the USGS Hawaiian Volcano Observatory reported Sunday morning. The lava lake dropped down to 66 feet below the floor of Halemaʻumaʻu Crater this morning.

“It is likely that the summit will begin to inflate, and the lava lake will begin to rise again, sometime today,” scientists noted.

Yesterday, the summit lava lake rose to its highest level since May 2015, and earthquakes were also on the rise in vicinity. At one point the lava lake was within 16 feet of the rim. The sloshing lava was clearly visible from Jaggar Museum within the Hawaii Volcanoes National Park.

“There was an increase in summit seismicity during the day yesterday,” scientists stated this morning, “probably in response to the relatively high summit pressurization, as illustrated by the high lava lake level. There was also a burst of seismicity, with one felt earthquake and several smaller events, early this morning along Kīlauea’s upper East Rift Zone. Volcanic tremor amplitudes continue to fluctuate in association with lava lake spattering.”

The USGS reports GPS and InSAR data continue to show long-term inflation of the summit magma reservoir complex, ongoing since 2010. 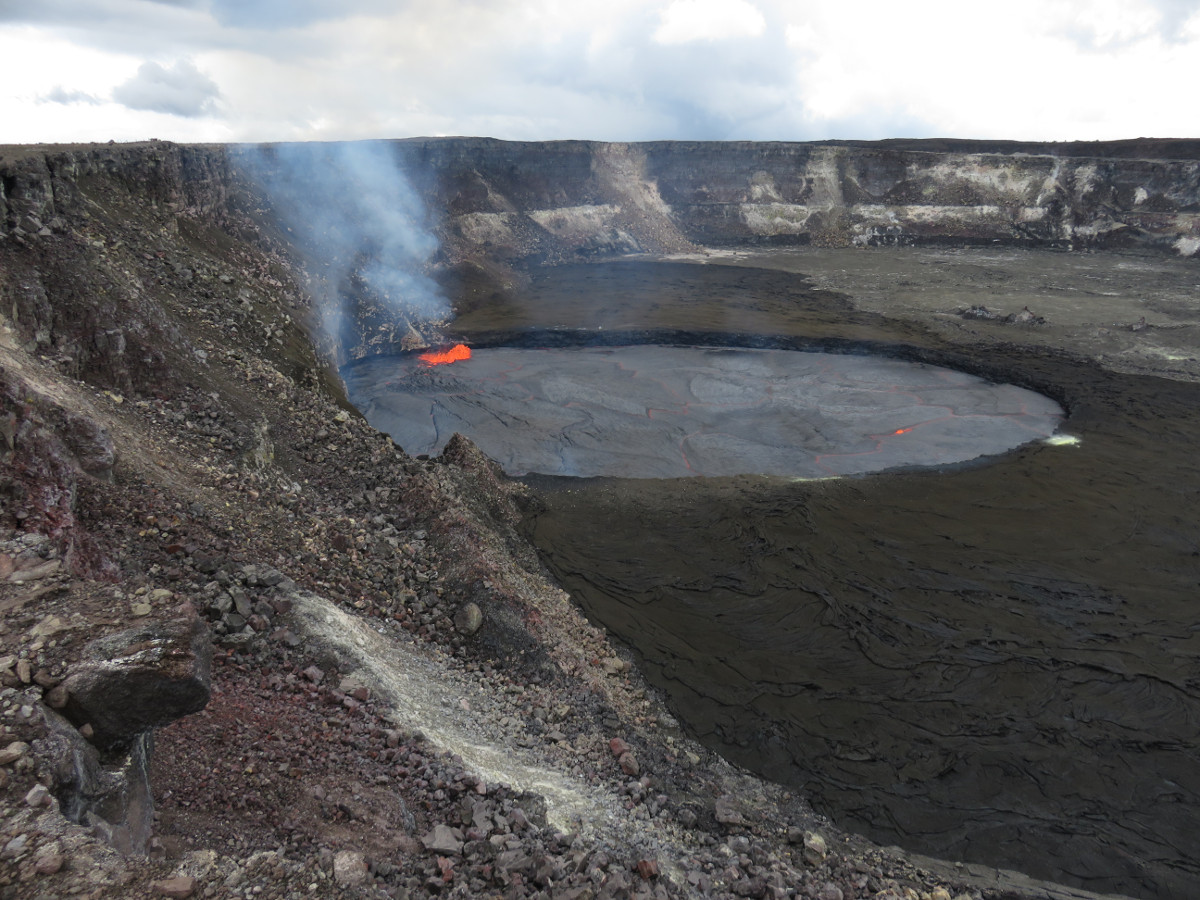 (USGS) Lava lake view taken from the east edge of Halemaʻumaʻu on Saturday.