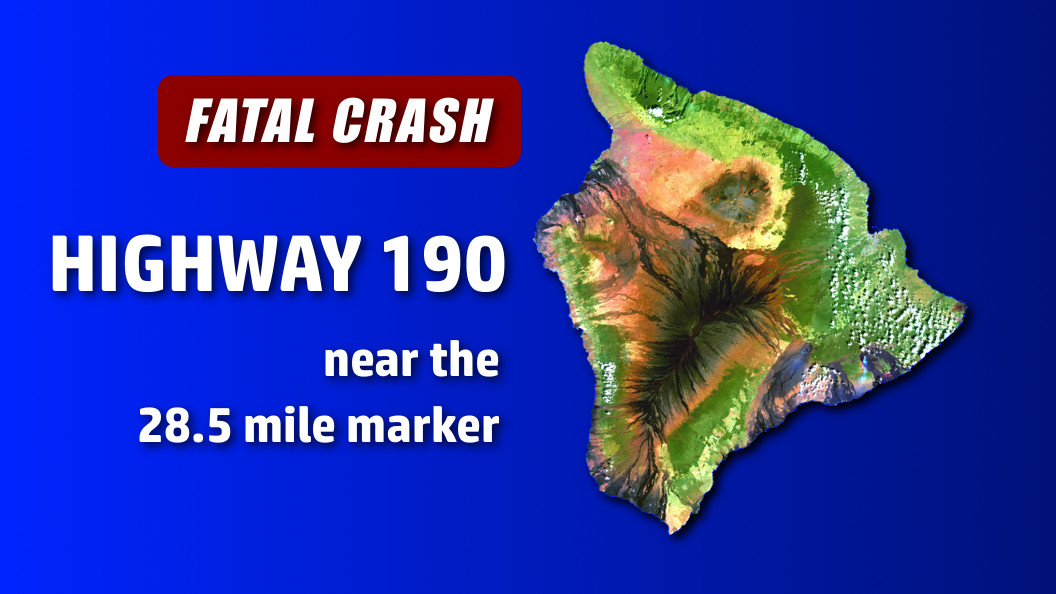 NORTH KONA, Hawaii – A 30-year-old woman from Kona died in a three-vehicle traffic crash on Highway 190 in North Kona on Thursday evening. Two others were injured.

Police have identified the victim as Sarah Thurber of Kailua-Kona.

Police and rescue crews responded to the 28.5 mile marker of Hawaiʻi Belt Road after a 9:26 p.m. call:

… police determined that Thurber had been traveling north on the Hawaiʻi Belt Road in a 2007 Kia sedan when the car crossed the centerline of the highway and crashed head-on into a 2016 Jeep SUV traveling south and operated by a 50-year-old California woman. The collision caused the Jeep to spin and collide with a 2016 Hyundai SUV, also traveling south, which was being operated by a 49-year-old Nevada woman.

Thurber was taken to North Hawaiʻi Community Hospital, where she was pronounced dead at 12:45 a.m. Friday.

It was not immediately known if speed or alcohol were factors in the crash, police say.

The Traffic Enforcement Unit has initiated a coroner’s inquest investigation. Police ask anyone who witnessed the crash to call Officer Kimo Keliipaakaua at 326-4646, extension 229. Tipsters who prefer to remain anonymous may call Crime Stoppers at 961-8300.

This is the 21st traffic fatality this year compared with 15 at this time last year.