A representative of the Hawaii Department of Land and Natural Resources said the threat of legal action following the Environmental Assessment for the plan means the state will have to go through with a more detailed Environmental Impact Statement instead, which will delay the effort.

The news was shared during a recent Hawaii County Game Management Advisory Commission meeting in Hilo.

“I thought,” stated commissioner Willie-Joe Camara, “that (the HCP) was pretty much a go. Is it signed? is it moving?”

“It hit a snag,” responded James Cogswell, the Wildlife Program Manager for the Hawaii Department of Land and Natural Resources’ Division of Forestry and Wildlife. “The EA that was done is being challenged in a very serious way.”

Cogswell said the challenge is coming from Marjorie Ziegler of Conservation Council for Hawai’i.

“We have no way in that program of monitoring the impacts of more poeple on the land doing the hunting, more game on the land,” Cogswell said. “The EA only looks at the endangered species.” 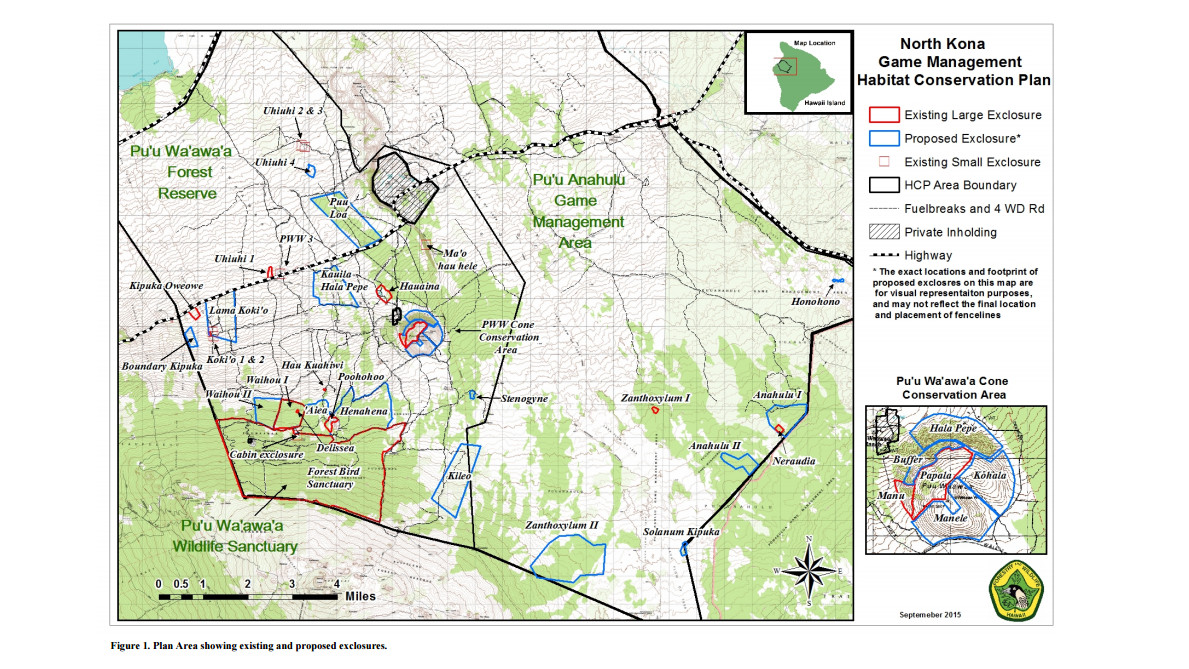 from the EA for the Nāpu‘u Conservation Project Draft Habitat Conservation Plan for Game Management at Pu‘u Wa‘awa‘a and Pu‘u Anahulu.

Division of Forestry and Wildlife has been developing a Habitat Conservation Plan (HCP) for land managed primarily for maintenance of non-native game mammal populations for hunting, in addition to conservation of native habitat in the Pu‘u Wa‘awa‘a Forest Reserve and the Pu‘u Anahulu Game Management Area, in North Kona, on the island of Hawai‘i, DLNR said in February 2016.

There was little opposition expressed during a public hearing to receive testimony on the Nāpu‘u Conservation Project Draft Habitat Conservation Plan in Hilo on March 1, 2016. One person, Joan Yoshioka, testified to express concerns.