PAHOA (BIVN) - Councilmembers Greggor Ilagan and Danny Paleka get to see the Pahoa District Park project finished before their terms are finished in December. 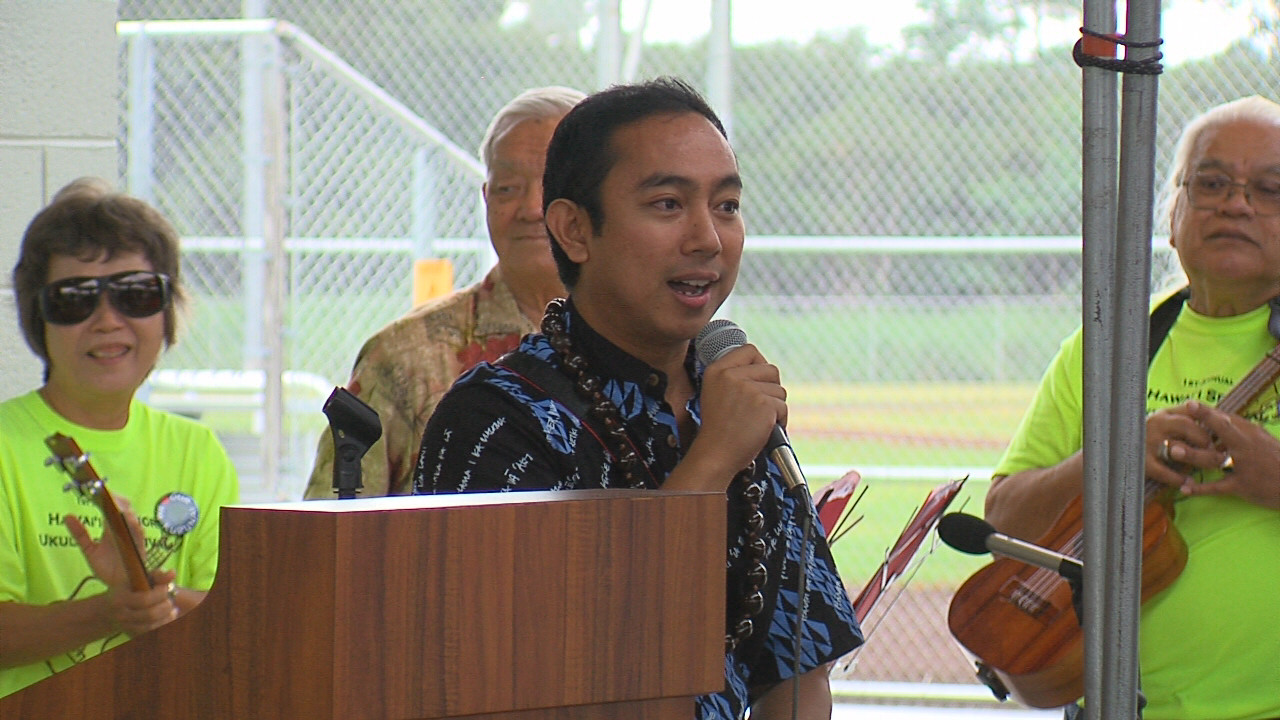 PAHOA, Hawaii – Puna’s two Hawaii County Councilmembers may be leaving office in December, but at least they got to see completion the new Pahoa District Park.

Both district 4 councilman Greggor Ilagan and district 5 councilman Danny Paleka spoke at the grand opening celebration for the $22 million park on Saturday.

Ilagan, who relinquished his seat in order to make what ended up being an unsuccessful bid for state senate, said its the families that will make the park great. “If you see rubbish, pick it up. If you see something not right, fix it,” Ilagan said. “That’s what we need to do here as a family together.”

Paleka, who lost his council seat in the primary election to Jennifer Ruggles, gave a special shout out to the coaches. “These are the people who are going to utilize this park,” Paleka said, “and instill the values in our keiki and in our future.”

► MORE on the Pahoa District Park