HILO (BIVN) - A stipulated agreement was reached, avoiding the formal hearing and putting the ethics matter to rest. 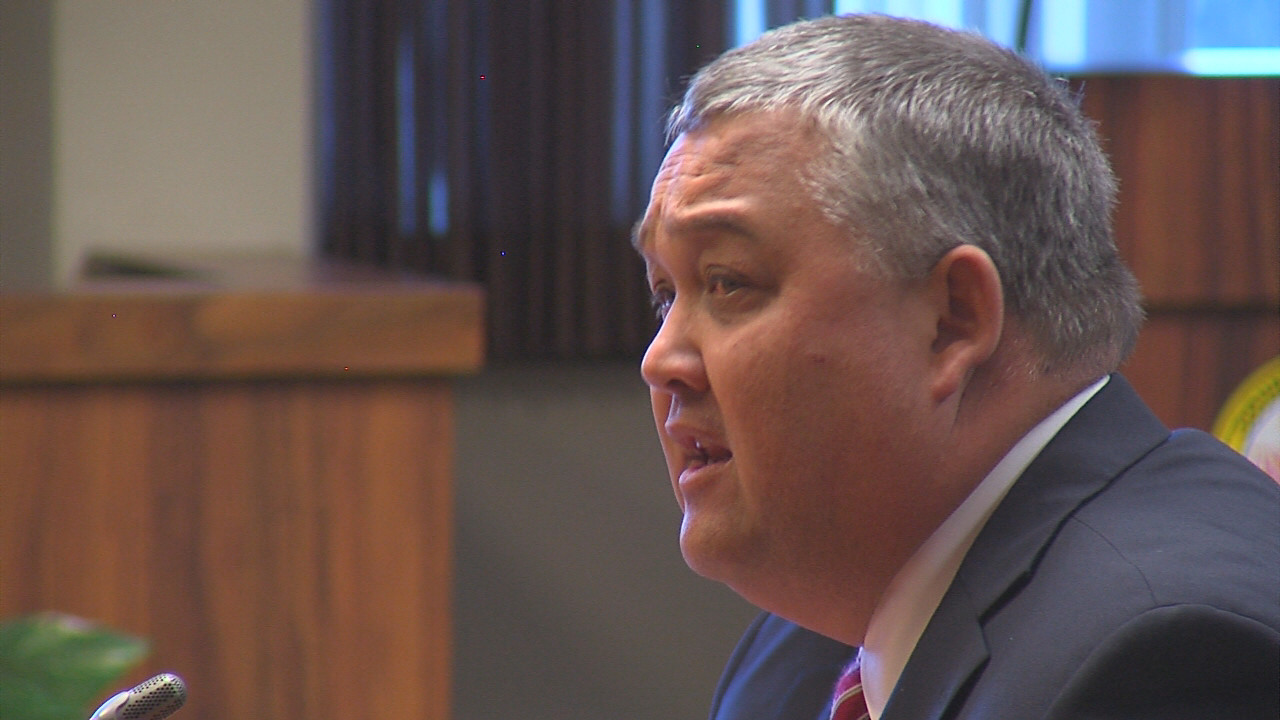 Kenoi attorney Richard Sing addresses the Board of Ethics at the Nov. 9 hearing.

HILO, Hawaii – The Hawaii County Board of Ethics found there is probable cause that Mayor Billy Kenoi violated the county code when he used his government issued purchase card for personal expenses.

On Wednesday, the ethics board finally held an informal hearing on the complaint, brought forward by North Kohala resident Lanric Hyland. The matter was delayed so the mayor could first deal with pending criminal charges on the same matter.

Kenoi – who reimbursed over $30,000 in personal transactions – was found not guilty on criminal theft charges earlier this month.

Lanric Hyland’s complaint is read by a representative during Wednesday’s ethics hearing. Video by Dave Corrigan.

There was little public testimony on the matter. Kohala councilwoman Margaret Wille spoke before the hearing, sharply criticizing Kenoi, with whom she has had numerous political disagreements.

Kenoi’s attorneys initially tried to get the Hyland’s complaint dismissed, but then appeared ready to take the matter to an investigative hearing. However, the attorneys and the board ultimately came to a stipulated agreement that resulted in the board’s advisory opinion, avoiding the formal hearing and putting the ethics matter to rest.