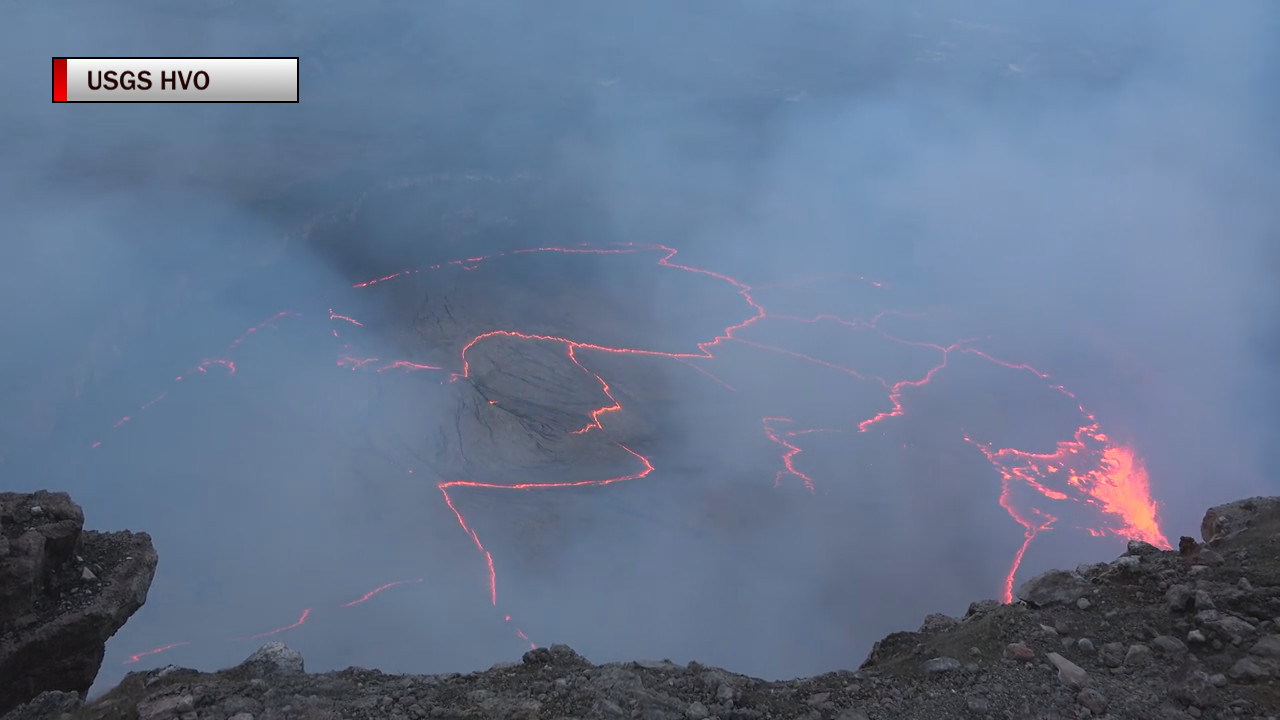 The lava lake within Halema’uma’u, recorded by USGS.

HAWAII VOLCANOES NATIONAL PARK – The lava lake at the summit of Kīlauea volcano is maintaining a relatively high level, with fluctuations associated with inflation-deflation events measured by scientists.

Seismicity was elevated in the upper East Rift Zone but was within the range of normal, background rates in other areas, USGS reports. “Tremor amplitude continues to fluctuate as vigor of lava lake spattering waxes and wanes,” scientists wrote in a Friday morning update. 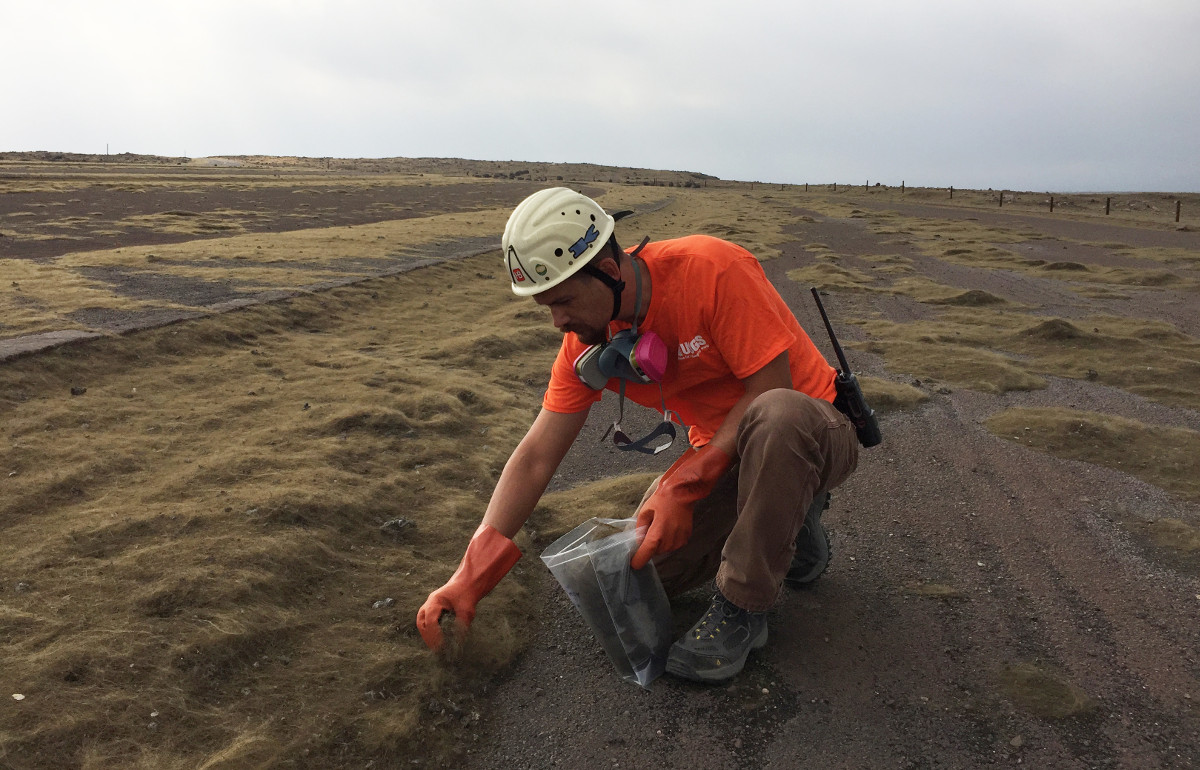 (USGS) A USGS-HVO scientist collects Pele’s hair from the parking area south of Halemaʻumaʻu Crater, which has been closed since early 2008 due to ongoing volcano hazards associated with the summit lava lake. His gas mask was at the ready just in case the wind shifted, USGS says.

Scientists were out on the closed parking area south of Halemaʻumaʻu Crater recently, collecting Pele’s hair – thin wisps of basaltic glass that is accumulating downwind of the summit lava lake.

Scientists say an X-ray diffraction analyses of the hair will provide information on the mineralogy of Kīlauea lava. The data might shed light on whether the magma supply to the volcano is constant or is changing.