KEA'AU (BIVN) - Touched by the late, beloved soccer coach and Na Hoa O Puna founder, players and their families sang a song in Perry's honor and unveiled the new sign at Shipman Park. 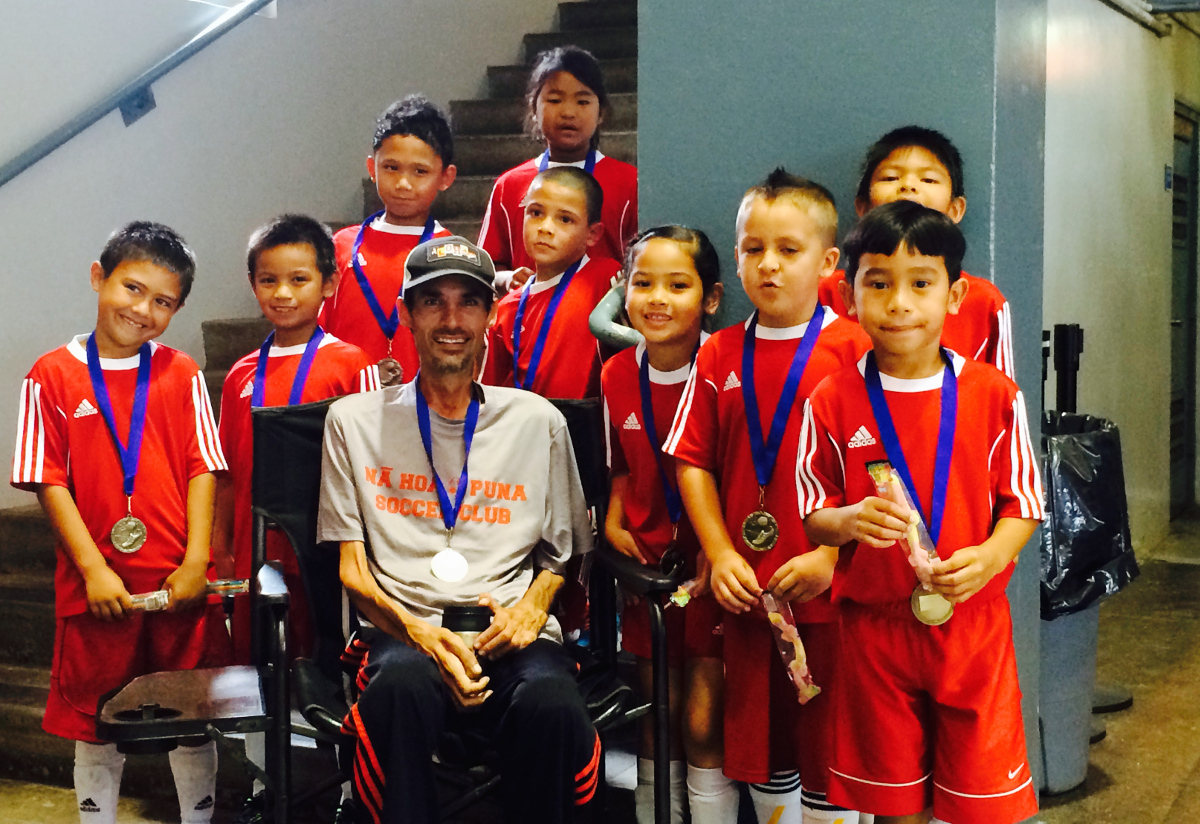 Courtesy photo via Hawaii County: Buddy Perry and his players.

KEA’AU, Hawaii – Beloved soccer coach Buddy Perry was memorialized in the renaming of the soccer fields at Shipman Park in Kea’au on Tuesday.

A grateful community gathered to honor the late founder of Na Hoa o Puna. Families touched by Perry over the years sang a song written about the man who fought bravely against ALS, or Lou Gehrig’s Disease, while inspiring the youth of Hawaii Island. 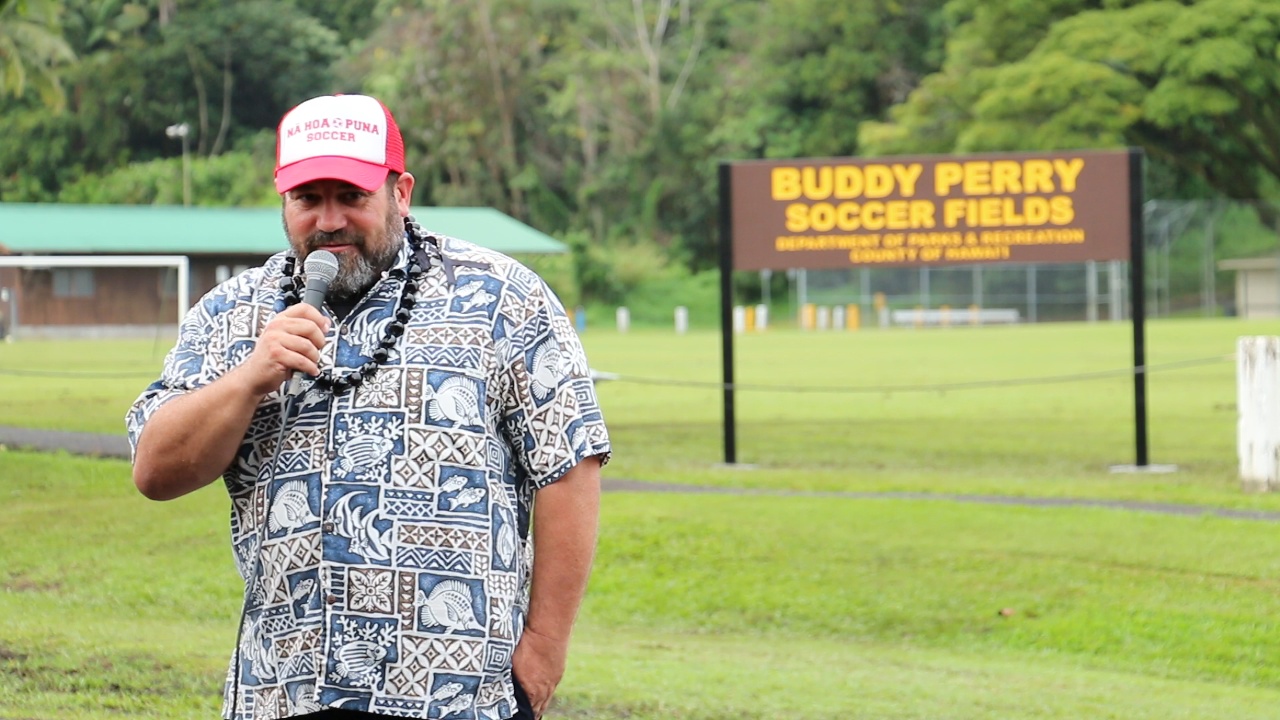 In the weeks prior, the community voiced their support for the bill to rename the fields at Shipman Park as measure passed through the County Council. Mayor Billy Kenoi even testified in favor of the ordinance.