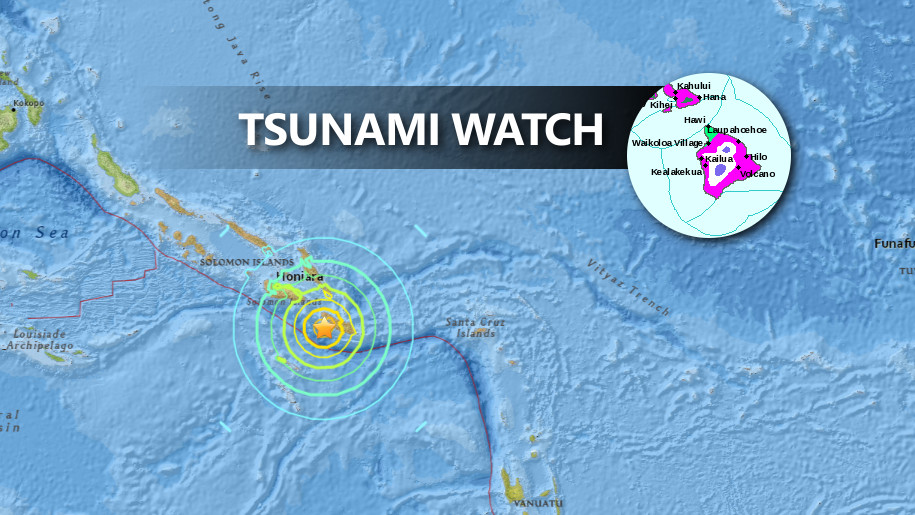 HAWAII ISLAND (BIVN) - An investigation was conducted to determine if there was a tsunami threat to Hawaii following a big earthquake in the Solomon Islands, and the watch was cancelled.

HAWAII ISLAND – A Tsunami Watch issued for Hawaii earlier today has been cancelled.

The watch was issued for the state of Hawaii following a magnitude 8.0 earthquake that struck the Solomon Islands at 7:39 a.m. HST.

Based on all available data, the Pacific Tsunami Warning Center in Honolulu reported a tsunami “may have been generated by this earthquake that could be destructive on coastal areas even far from the epicenter. An investigation is underway to determine if there is a tsunami threat to Hawaii.”

In a subsequent message, emergency officials said there is no threat to Hawaii. The tsunami watch is now cancelled.