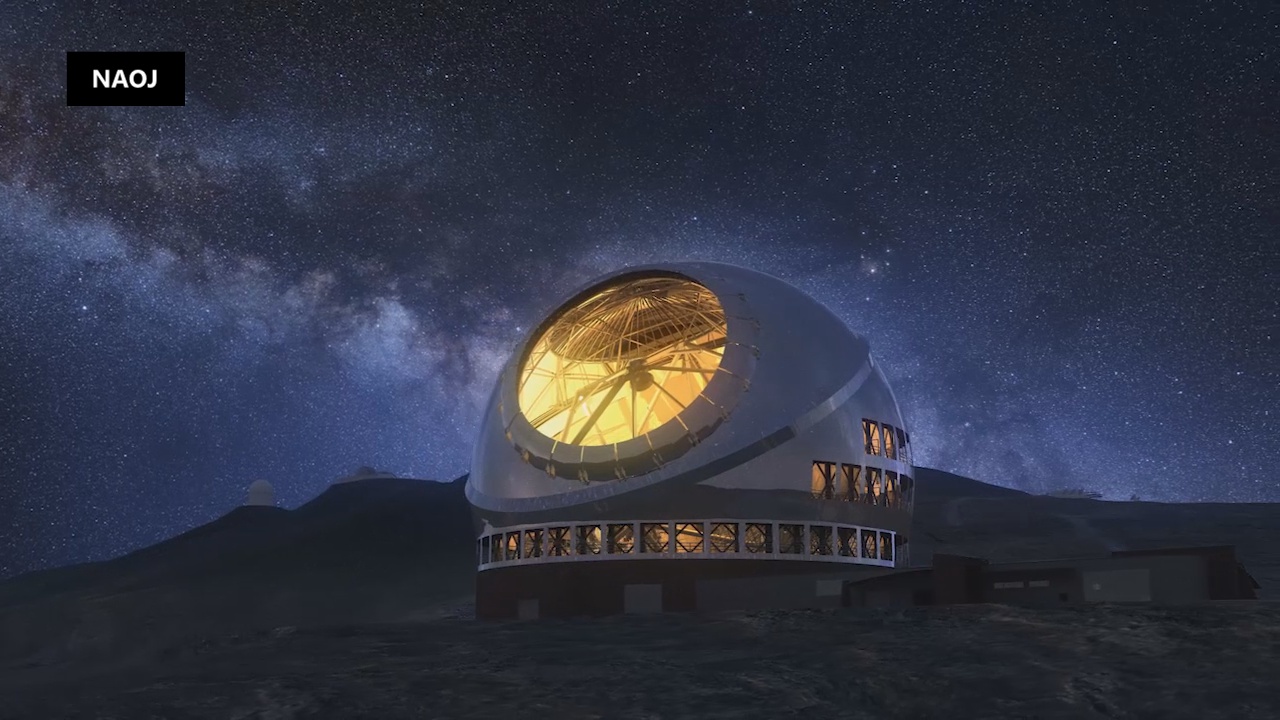 HILO (BIVN) - According to attorneys, the court's decision shows the state again violated the constitutional rights of those who have been opposing the observatory planned for Mauna Kea.

HILO, Hawaii – The state’s approval of a sublease between the University of Hawai’i and the Thirty Meter Telescope has been thrown out in court. (UPDATE: Edited for clarity, added “state’s approval” to first sentence.)

UPDATE: While TMT opponents rejoiced, saying the decision amounts to an invalidation of the land board’s approval of the sublease, the University of Hawaii is being cautious in its interpretation of the ruling. “The University of Hawaiʻi has a valid sublease with TMT that it is subject to BLNR consent,” the university said in a statement. “The consent had been obtained. Today, the judge ruled on the consent of the sublease and not the sublease itself. We will receive further clarification when the written order is released.”

UPDATE: A TMT spokesperson said the observatory is also waiting for the written order before determining its next step or how the ruling will effect the TMT timeline.

Opponents of the billion dollar observatory planned for the summit of Mauna Kea celebrated the circuit court ruling made in Hilo today, posting the news to Facebook. 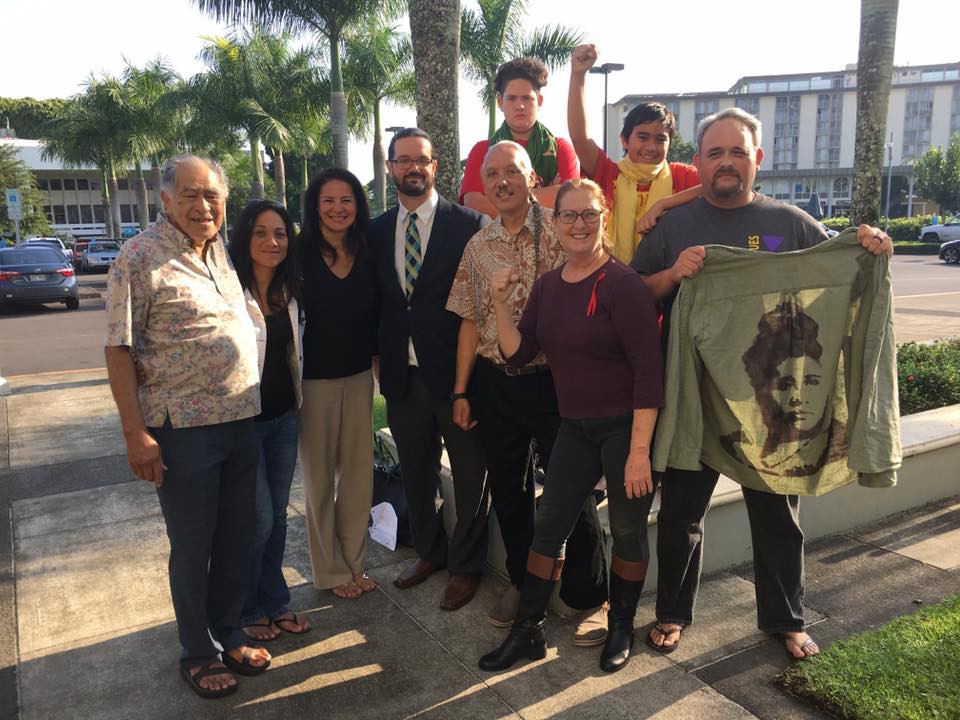 Photo of Kalani Flores, his attorney and supporters taken by Camille Keawekane-Stafford outside the Hilo courthouse today, following the ruling.

The sublease, approved by the Hawaii Board of Land and Natural Resources in 2014, was apparently an unresolved issue in the wake of the December 2015 Hawaii Supreme Court order invalidating the Conservation District Use Permit for the project. The Supreme Court ruled the land board did not follow proper procedures in granting the permit to the University.

Kalani Flores, one of the Mauna Kea Hui of petitioners who initiated the supreme court appeal, also filed suit on the sublease matter. Judge Greg Nakamura of the Environmental Court remanded the sublease back to the Board of Land and Natural Resources in March of this year, but the land board failed to take action.

The matter was back in court today. Flores was represented in court by the Native Hawaiian Legal Corporation, which issued a media release following the court’s ruling.

According to NHLC, Judge Nakamura ruled that the Board of Land and Natural Resources (BLNR) violated the constitutional rights of Flores by failing to hold a hearing before allowing the University of Hawai’i to issue a sublease to TMT International Observatory, LLC.

“Our client brought this lawsuit because it became apparent that the BLNR was still hanging on to its initial decision to give the greenlight to the TMT despite the Hawai’i Supreme Court’s decision warning the BLNR about not ‘pre-judging’ the issue”, NHLC attorney David Kauila Kopper said.

The BLNR denied Flores’ request to hold a contested case hearing on the sublease in 2014, which Flores appealed.

This video from the BLNR meeting was filmed by Pono Kealoha.


At the time, the state reasoned – after consultation with the Department of the Attorney General – that Flores and others who made the same request had no right to a contested case and that the sublease approval was a matter of internal management.

“The Court’s decision vindicates the rights of Native Hawaiians to be involved in government decisions that directly impact their rights. Under the law, these rights are no less important than the rights of property owners to be heard on actions that affect their lands”, Attorney Kopper said.

According to the NHLC, today’s court decision has the potential to impact the ongoing contested case hearing.

“With a sublease in place throughout the hearing on the conservation district use application, again the Board’s approval of the permit would be a foregone conclusion. Judge Nakamura’s decision follows the Supreme Court’s clear message to government agencies that they cannot act as ‘a passive actor or a neutral umpire’ when it comes to decisions that implicate the constitutional rights of Native Hawaiians to exercise traditional and customary practices. They must take affirmative steps to ensure a process that safeguards Native Hawaiian rights and effectuates the values of the public trust,” Kopper said in the media release.

UPDATE: Hawaii Attorney General Doug Chin offered this statement: “This morning Judge Nakamura issued a verbal ruling that the Land Board in July of 2014 should have held a contested case hearing before it consented to a sublease between the University of Hawaii-Hilo and the Thirty Meter Telescope. Typically a formal written order follows later. It is premature to discuss the impact of today’s ruling by the court on the TMT project or other Land Board dispositions, or whether the State will appeal, until Judge Nakamura issues his written order. There is no reason to believe that today’s decision impacts other Mauna Kea observatories or the contested case hearing currently before retired Judge Riki May Amano.”