Video by Dave Corrigan, recorded outside Hilo court on March 11, 2016.

HILO, Hawaii – The University of Hawaii sublease to the Thirty Meter Telescope on Mauna Kea is being sent back to the state for reconsideration.

In 2014, the BLNR approved the sublease agreement between TMT and the University of Hawaii-Hilo, which manages the mountain’s astronomy precinct through the Mauna Kea Management Board. The sublease is for 6 acres on the northern plateau of Mauna Kea, an undeveloped area of the summit astronomy precinct. The annual rent starts at $300,000 for the first three years and increases periodically. 11 years into the 20 year lease the rents would top out at just over $1 million a year. 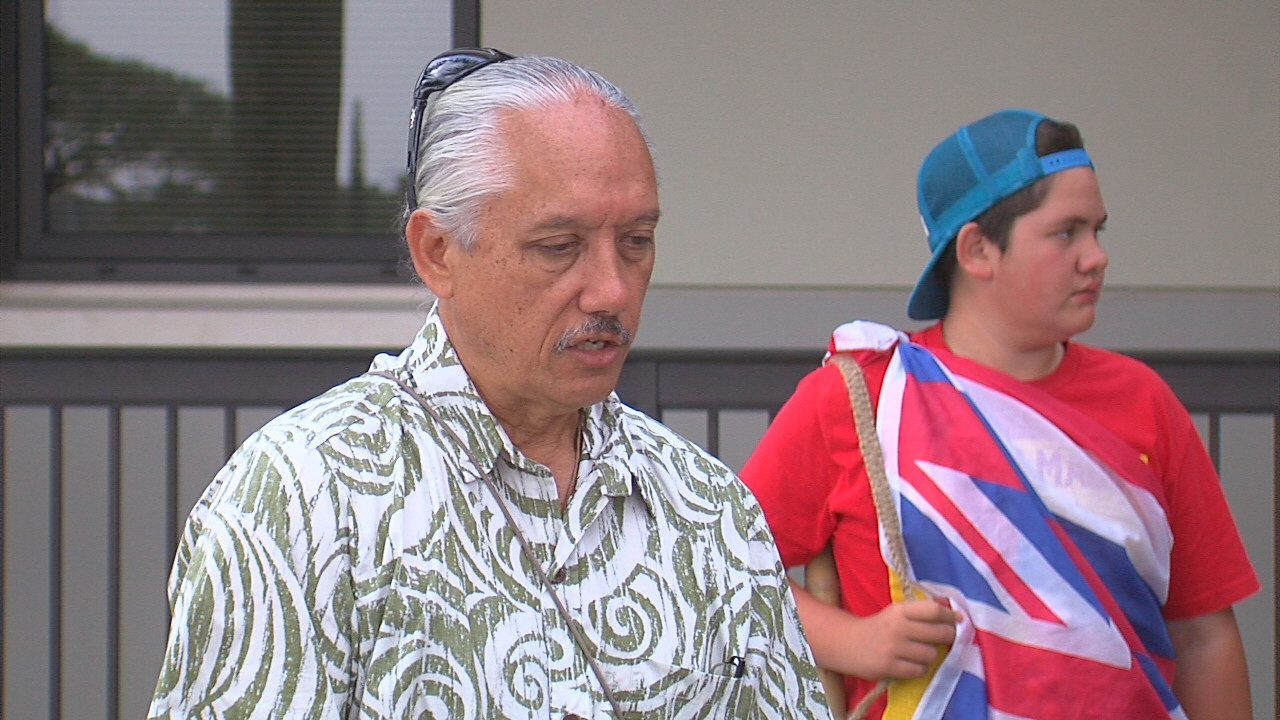 Kalani Flores outside the Hilo court before the hearing on March 11, 2016.

E. Kalani Flores took the state to court, challenging the validity of the sublease on the grounds that the BLNR “failed to follow proper due process and that they also violated State Constitution and statutory laws.” Flores and his ohana have been fighting the $1.4 billion TMT for project years. The Hawaii Community College professor and Native Hawaiian cultural practitioner represented himself in court today, without the help of a lawyer. Attorneys for the State Department of the Attorney General represented the State and the private law firm of Carlsmith Ball LLP represented the University of Hawaii.

At a July 25 board meeting, the BLNR denied a request to grant a contested case to Flores on the matter of the sublease. 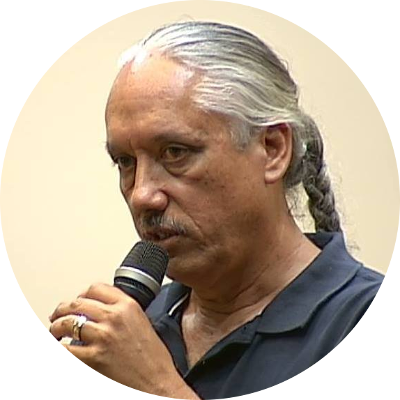 The governor-appointed BLNR violated State laws with the issuance of the TMT sublease and the State failed their legal obligation to protect Native Hawaiian rights and the natural and cultural resources of these public lands on Mauna a Wakea. The integrity of this process was further compromised when a Board member with an obvious conflict of interest was allowed to actively participate and vote on this agenda item.”E Kalani Flores, March 10, 2016

Flores said the arguments brought forward in the Hilo courtroom were similar to those brought forth in the successful appeal of the TMT conservation district use permit (CDUP). The BLNR voted to conditionally approve the CDUP prior to holding a contested case hearing (which also involved Flores and five other peitioners). In December 2015, the Hawaii State Supreme Court invalidated the TMT CDUP, saying the land board violated due process. The matter was also remanded back to the BLNR in order for a new contested case hearing to take place.

Today, the appeal focused on whether or not BLNR erred in denying Flores a contested case hearing regarding the sublease issuance. But today’s court decision was more of a reflection of the Hawaii Supreme Court’s decision to vacate the CDUP, Flores said afterwards.

Before the court proceeding, Flores and the Case ohana led a short ceremony outside the Hilo judiciary complex. They were joined by a large group of supporters. 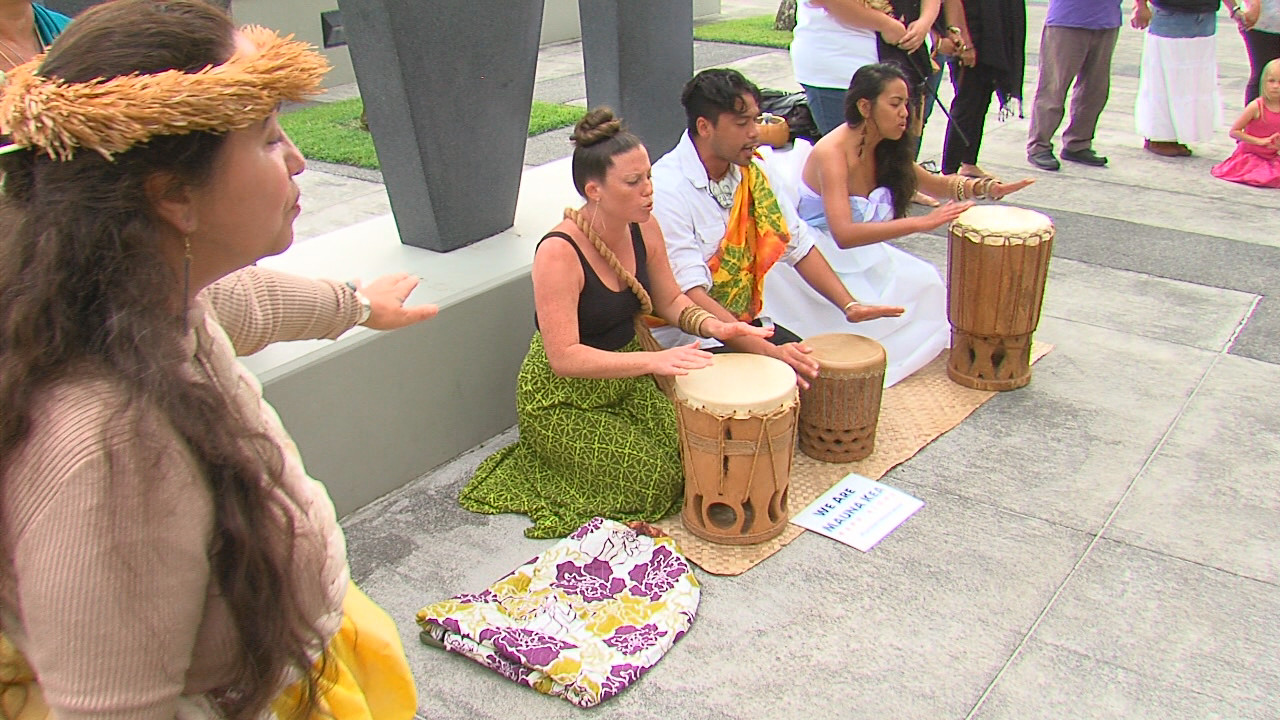