HAWAII VOLCANOES NATIONAL PARK (BIVN) - Epic Lava Tour guide John Tarson filmed the activity from just outside the range of the littoral explosions, two days after a 26-acre delta fell into the sea.

HAWAII VOLCANOES NATIONAL PARK – The spectacle of the lava entering the sea continues at Kamokuna, even after the huge delta collapse that occurred on New Years Eve.

The lava viewing area inside Hawaii Volcanoes National Park is closed as officials assess the situation, however John Tarson was able to get a close look early this morning aboard the Lava Ocean Tours boat. The Epic Lava Tour guide filmed the activity from just outside the range of the littoral explosions triggered by the interaction between lava and water. 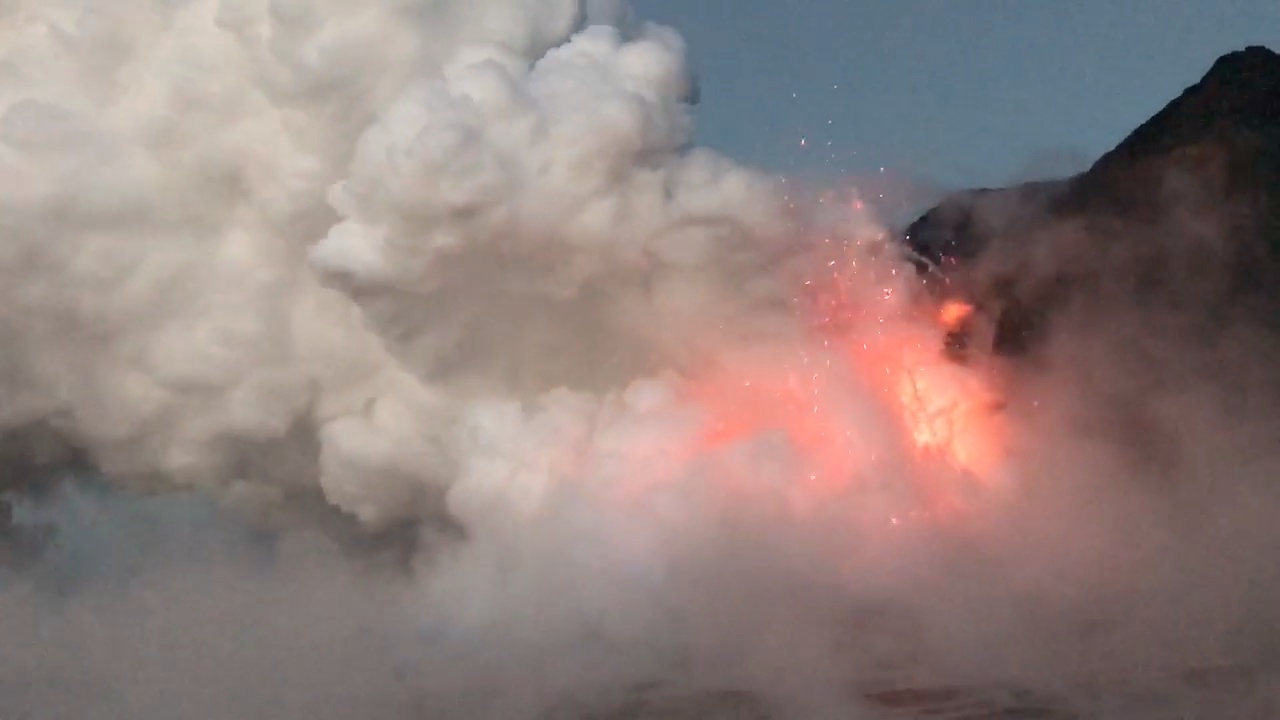 “Nearly all of the lava delta at Kamokuna collapsed into the ocean on December 31,” scientists with the USGS Hawaiian Volcano Observatory reported Monday morning. The delta was recently measured to be about 26 acres in size.

The sudden collapse also took out a large section of the older sea cliff east of the lava delta. The collapsed part of the sea cliff extended about 590 feet east of the delta edge, and cut inland about 230 feet from the shoreline, the USGS measured.