HAWAII VOLCANOES NATIONAL PARK (BIVN) - Lava is now streaming out of a severed tube and into the ocean following the huge delta collapse at the Kamokuna ocean entry.

National Park Service video taken by rangers on Tuesday, January 3, shows a “lava hose” streaming out of a severed tube and into the ocean. The active lava tube was exposed when 26-acres of new land suddenly broke off and fell into the sea on New Years Eve.

The lava viewing area inside the park had to be closed and relocated a short distance away.

The lava flow is part of the 61g eruption from the Pu‘u ‘Ō‘ō vent that reached the ocean this summer.

January 3 also marked 34 years and counting for the eruption at Pu‘u ‘Ō‘ō. 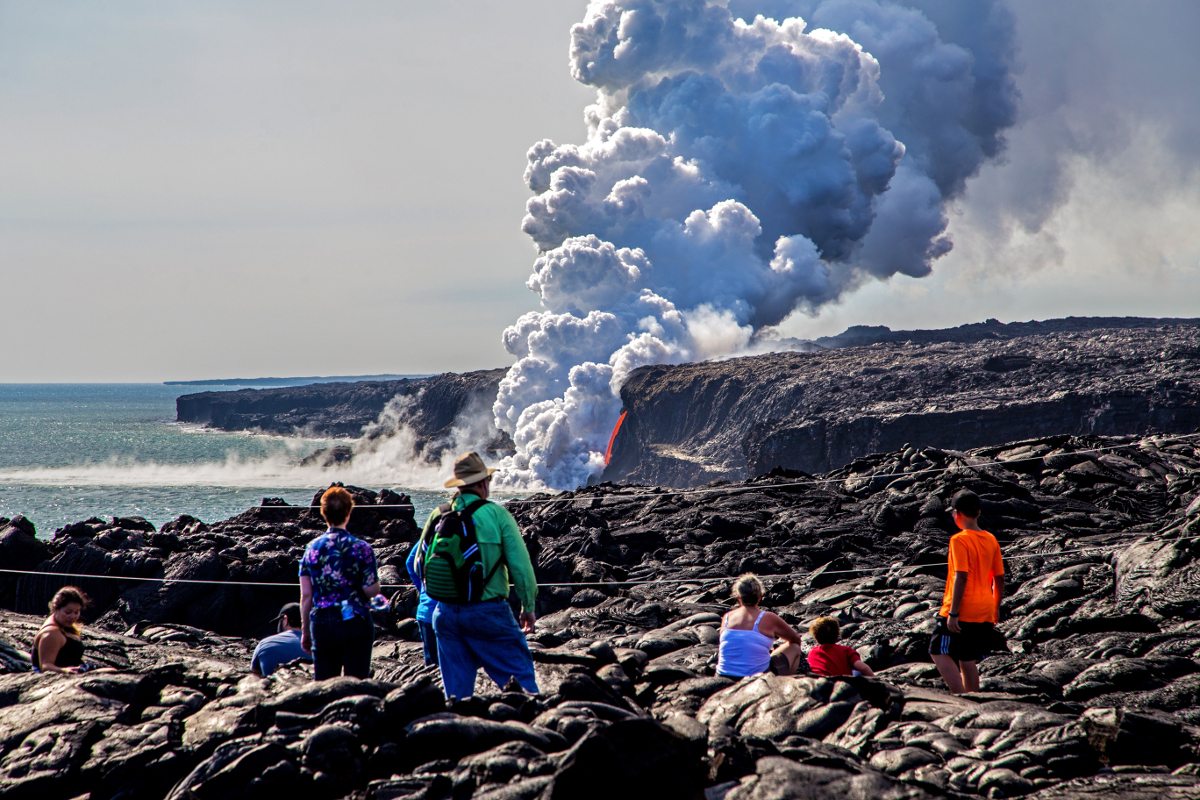